Disclaimer: This blog post is totally about a sub and a boat. And mostly about the giant awesome machines in both. I only really talk about everything else by accident. You've been warned.

We started off San Francisco - The Returnening with a CalTrain ride. 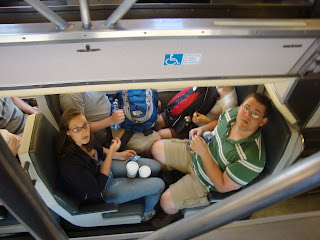 After stopping at Starbucks to illegitimately use their washrooms, we walked to Union Square, caught the streetcar up along the shore, and went to Boudin Bakery for some breakfast. I of course got the chowder in a breadbowl, but Doug & Chelsea, and Gord & Lex went for the pile-o-crab. 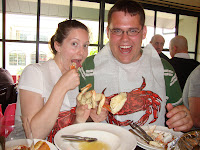 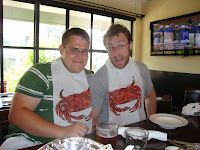 We headed over to our tours: The boats. 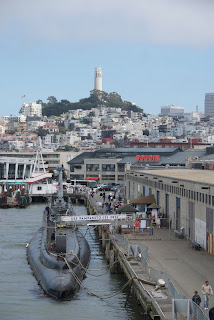 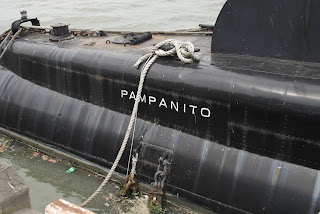 First, we toured the USS Pampanito (SS-383), which some of us had done a few years before. It was as cool as ever. The forward torpedo room (which doubled as sleeping quarters), let to the power room. The power room had giant bus-bars with terrible amounts of power running through them. When it was active, those bars were exposed if you were in the crawl-space. One slip, and you're Mr Crispy. 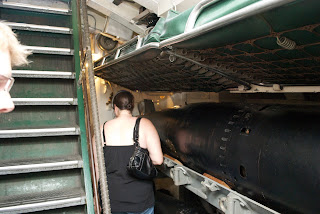 Next was the two engine rooms. That's a picture of me on the top floor, with the top of the engine at about shoulder height. It goes down to the lower floor. And there's four of them. Muchos power (as long as you're on the surface and can feed air to the thirsty engines.) 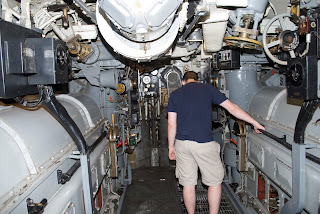 The red in the bridge allows people's eyes to adjust to darkness, while still illuminating the room. This was probably important for seeing out the periscope, but I'm too lazy to look up details, and I was too cheap to buy the audio tour, so I can't be sure. After that, it was the aft torpedo room, and climbing a ladder up to the deck for the end of the tour.


After the scrubmarine, we checked out the SS Jeremiah O'Brien, a Liberty ship docked just behind the sub. It's still fully operational (but not a battle station), and you can stay on the ship while it tours around the west coast. 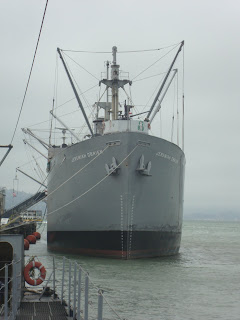 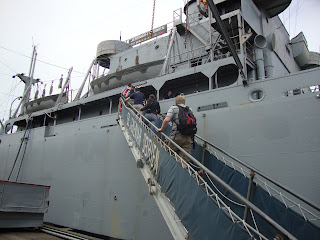 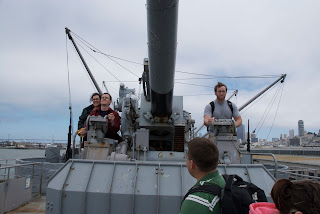 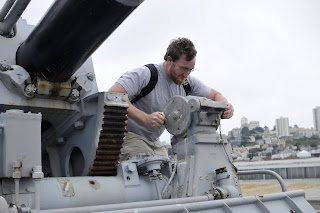 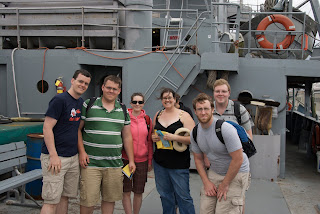 The really neat thing about this ship tour is that it's actually a functioning ship that still travels around the bay. That means very few areas were blocked off and off limits. We got to climb around and go up on all the decks. 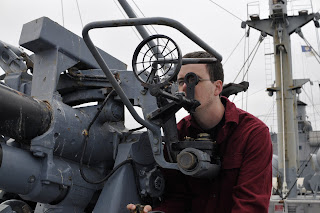 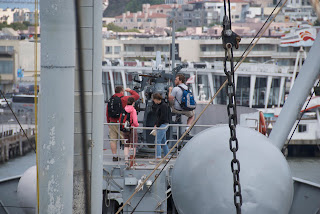 One of my favourite photos from the trip. Steve and I are on the Flying Deck of the ship. And in the background you can see San Francisco 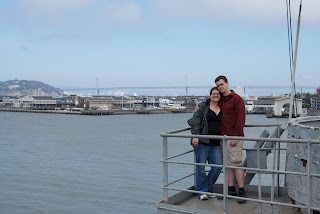 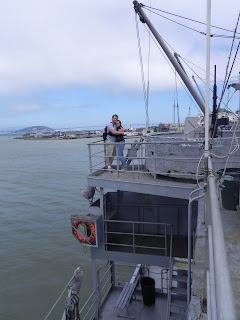 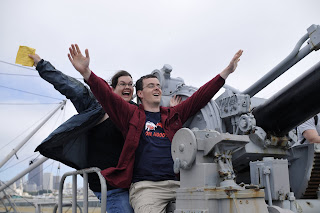 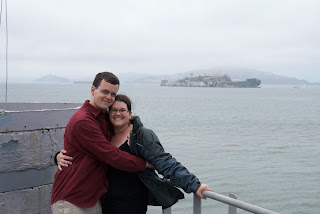 And then, we found the engine room. 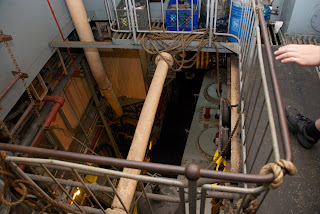 It was awesome. It literally inspired awe. 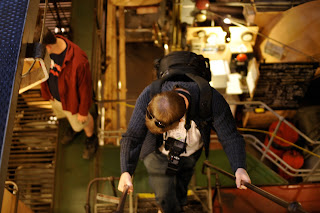 I can only imagine how loud it would be in there while it was running, and if the oil would go everywhere, but it would be worth it.

Anyway, enough geeking out about the ships.

The next step was the Rogue Ales Public House. It was like being at a beer convention. That place has a hell of alot of crazy strange beers on tap. I like beer, but I'll be the first to admit that I know nothing about beer. Gord was raving about the Dogfish Head on tap. From the way he raved about it, I'm guessing that's illustrative of the good beer. 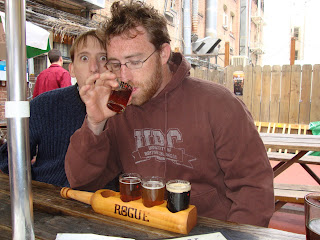 Too bad they were out of Dogfish Head. They had some good beers though - like bacon and chocolate beers.

Then there was Chevvy's, where we all got some food, and Grande Margaritas. So Delicious. 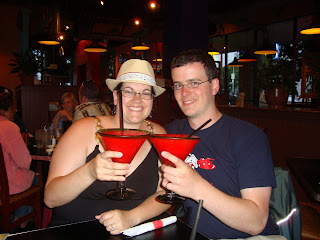 Clearly I'm all blogged out from the engine room. THE ENGINE ROOM. So I'll just finish with: AMER'CA, FUCK YEA! (yes that is an inflatable automatic gun painted like an American Flag) 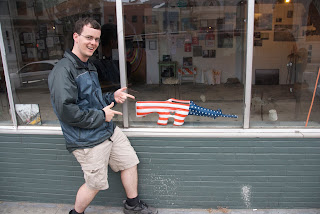 Posted by Steve Armstrong at 9:00 PM