After relaxing for our first day in California, we started the touristy things today. The gist of the day is that we saw elephant seals and we drove up the shore on Hwy 1, a drive my dad has been raving about for years. Our route was a big circle:

The drive to Santa Cruz was fun. Apparently Hwy 17 used to be one of the deadliest highways in California, and I can imagine traffic and crazies could make it so, but it was a fun drive if you're not in a hurry.

Colleen was extra excited to see the actual ocean (with sharks!) since she's never been on the west coast, and has never seen the Pacific. 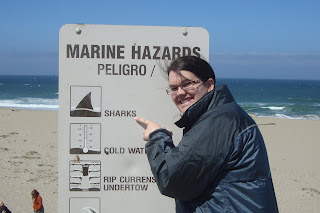 We didn't last long driving up the coast before we had to stop to see it better. The map has a B mark where we pulled off to get our feet wet, literally. 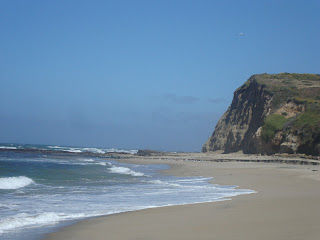 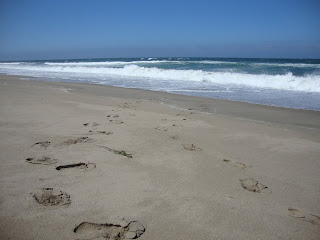 The view walking along the beach was amazing. The water was a bit cold though, and the wind, my god the wind: 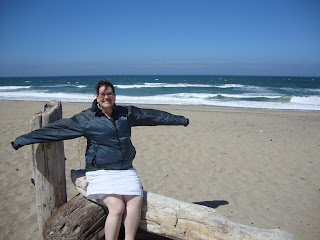 We got back in the car and headed to the elephant seals (or "nose whales" as I started calling them) at Año Nuevo State Park (point C).  From the parking lot we had to hike two miles to the beach where the elephant seals were sunning themselves. The walk was pretty nice, with some good sights of cliffs. 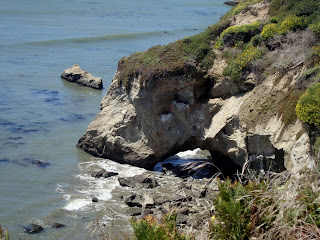 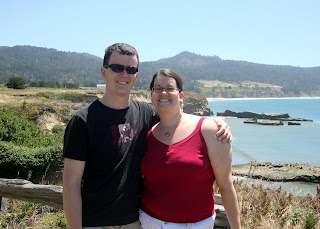 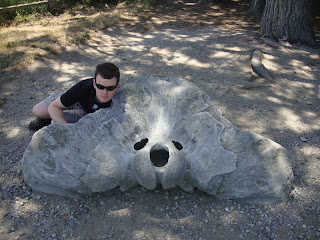 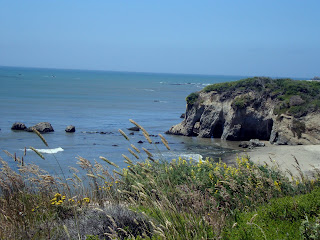 As seemed to be a theme, the wind was pretty crazy at times. At one point the path goes up over a big sand dune, and the wind along the top was constant and fierce. Looking up, the top of the dune was blurry because the sand was always blowing around. We tried to capture it on camera, but it doesn't do it justice. 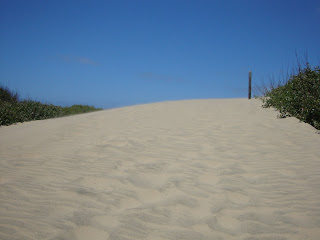 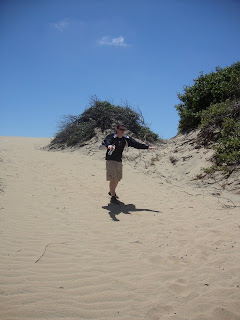 As we were getting to the seals, we started to hear a strange noise. It sounded like a low burp, but since it was too loud, I assumed it was the water hitting a weird cave on a cliff and it was making a blurping gurgling noise. Not so. It was the nose whales. Unlike the "barking" you usually associate with seals, these ones make a strange low gurgle/burp that carries very well. The signature nose they have is great for acoustics. 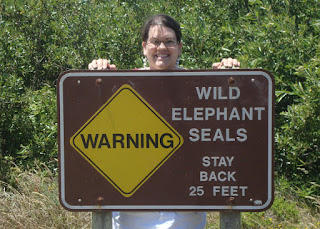 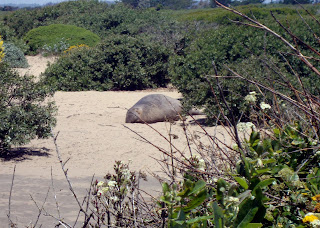 There were quite a few seals on the shore sunning themselves. Occasionally one would move around or make it's way in or out of the water. Our expectations would have been satisfied if that's all there was, 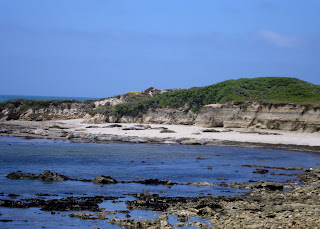 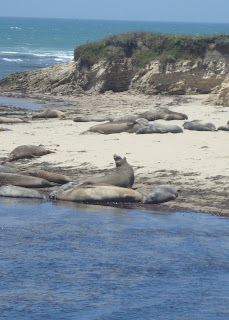 but some of the younger ones started play fighting in the water. They'd rear up their heads, and either head-butt each other, smack their nose into the other's neck, or sometimes do the fat-man belly-bounce. During mating season, these fights would be for real and they'd both have bloody necks. 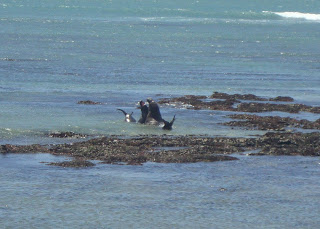 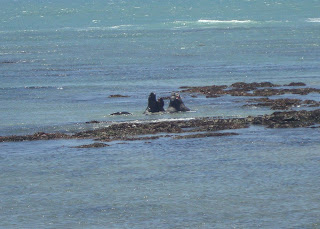 The rest of the drive up the coast continued to be nice. We stopped at another state beach (point D) for some more pictures, and I discovered a perfect climbing rock. 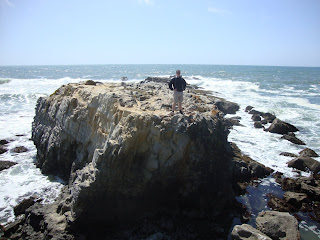 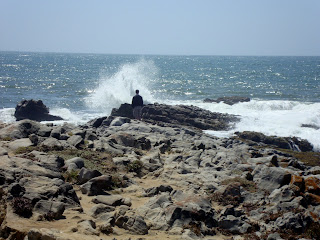 Half of the beach proper was very round rocks, not sand. The undertow when a wave was going out would actually pull the rocks, and after the bigger waves, it sounded like a small rock-slide was happening. Almost no rocks would visibly move, but the sound of all of them settling and shifting against each other was pretty cool. 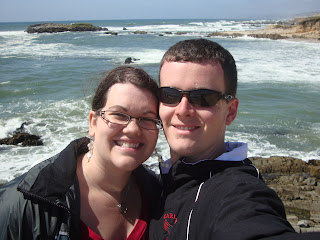 The last stop, at point E, was just another great shot of the cliffs. Looking north up the coast, we could see multiple points of cliff sticking out into the water. 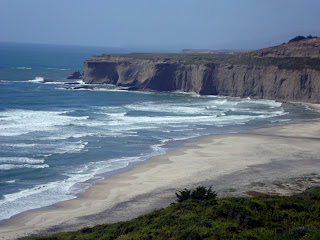 Last but not least, we have to thank Randall for loaning us his car. The faithful chariot, powered by SCIENCE, got us everywhere (when I wasn't accidentally setting off the car alarm). 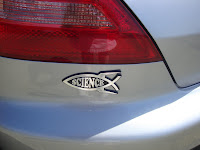 Posted by Steve Armstrong at 10:00 PM