Pearls and Lots of Lion Seals in San Francisco

Mobilizing the "Space Armada" took some doing this day.  We left to catch the CaliTrain one hour later than we had intended the night before.  Doug had sun stroke and tried to be a trooper to come with us to San Francisco but part way there he made the right decision to head back to Gord and Lex's apartment and spend the day sleeping and drinking water.

The rest of us continued on to San Francisco with Gord as our trusty guide through the city's transit system...well he kinda new where he was going. 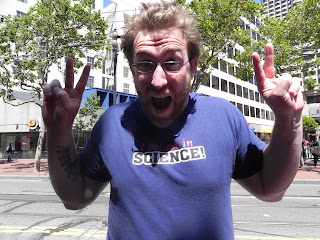 After some consultations with transit maps, we successfully made it down to Pier 39 in the Fisherman's Warf. 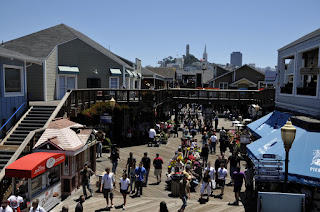 This is the location of touristy shops and delicious food of epic sour dough bread bowl with clam chowder.

After lunch of delicious bread bowl soup Chelsea and I stopped at a kiosk that Lex had recommended and picked an oyster that contained a pearl. We decided that the holy grail method was the best - chose the ugly one. We both got white pearls which we then got mounted on necklaces. 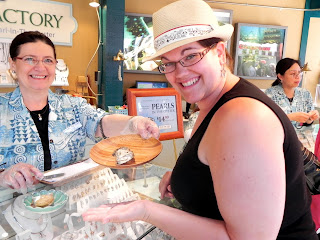 From Pier 39 you get a decent view of San Francisco Bay, Golden Gate Bridge, and Alcatraz. We were initially planning to tour Alcatraz on this day but due to confusion, no one ended up buying tickets in advance. 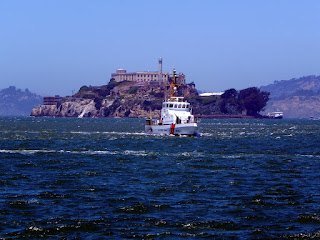 It turned out to be for the best because we wouldn't have had time for the tour before we had to take the CalTrain back to Sunnyvale for dinner Gord's mom was making for us. Next time Alcatraz, next time. 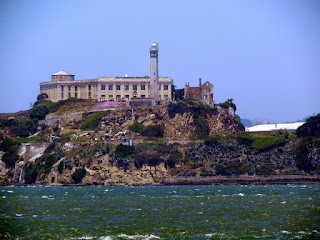 From Pier 39 you can see an old docking section of the Bay that has been taken over by Sea Lions. Gord has been there to see the whole docks covered by them. 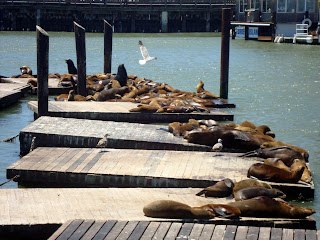 The Sea Lions began to take over this dock in September of 1989, before then they would congregate on Seal Rock which is located outside of the bay. 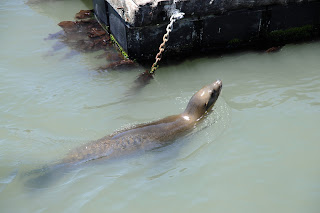 Lots of people speculate that they moved to the docks because they are less effected than earthquakes since the first Sea Lion appeared on the docks a few months after the 1989 Loma Prieta earthquake.  Other speculate that the Sea Lions most likely feel safer within the bay since the Great White sharks stay and breed on the other side of the Golden Gate Bridge. Basically, they don't know why they made the move. 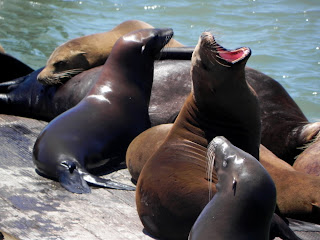 Boats still docked here for up to a year before the seals began to number over 150 and the docks were abandonned in favour of not having to step over the half ton seals. 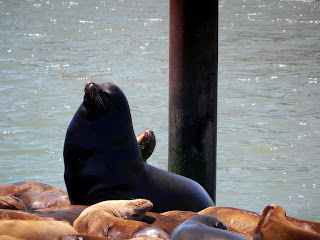 Sea Lions can live for up to 25 years. The smaller ones in the photos are yearlings. All the Sea Lions here are males. The bigger ones are the older ones and can grow to weigh 500lbs 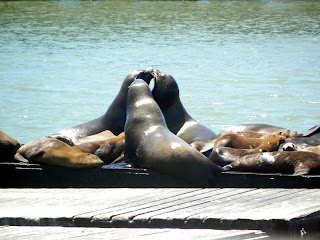 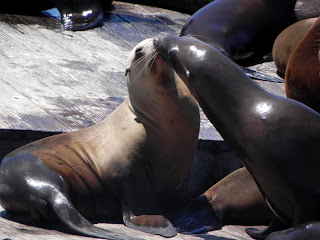 This one was having a great time doing the "truffle shuffle" on his back like Andy does. He amused us greatly. 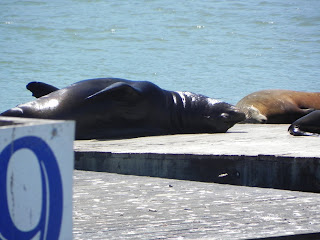 On our way back to the CalTrain we stopped to watch some street performers. They were hilarious. Something like that can't be captured in the photos. 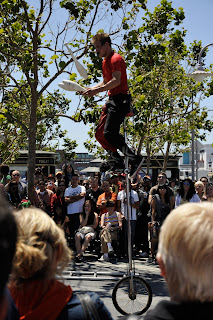 Yes she is standing on her brother's head. 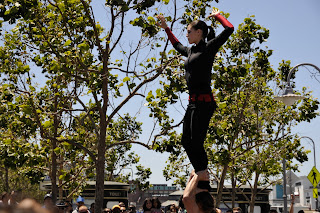 We finished the day stopping for delicicious cigars and heading back for wonderful steaks and potato salad prepared by Gord's parents and for a paypreview showing of UFC. There are no photos of note from that event but good times were had and good fight were viewed.
Posted by Colleen Speed at 8:00 PM