On June 5, 2011 Shelley, Dante and I traveled 118km east of Prince George, British Columbia to hike through an ancient cedar rainforest Shelley had heard of while doing her interview in the previous month.  This ancient rainforest of giant trees is of significant note as it is located 800 kilometers from the Pacific coast (most temperate rainforests are found by the ocean) - the furthest inland existing ancient rainforest on the planet. 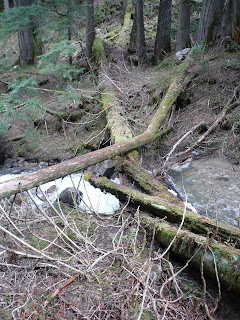 A Walk Into The Past

Hiking amongst these ancient giants feels like you are crossing a threshold into an ancient past.  Some of the trees in this rainforest are over 1000 years old. The oldest dated living tree is estimated to be at least 2000 years old. 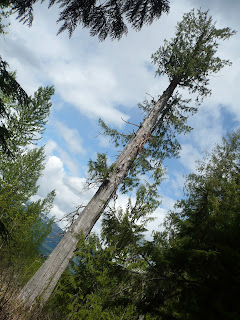 To put that in perspective with some history of humanity:
- 9000 years ago First Nations People arrived in North America
- 6000 years ago humans first began to settle in one place and form the first city in Mesopotamia.
- 2000 years ago the Roman Empire falls and gives rise to Europe's middle ages
- 500 years ago Europeans began exploring and colonizing the globe
- 200 years ago Industrial Revolution beings
- 20 years ago Information Age begins 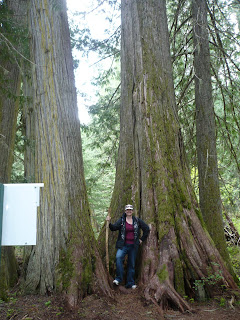 Thems some ancient ass trees!
No one has determined a reason why, but red cedars seem to grow in tree circles. It's a natural mystery of the world akin to fairy circles. 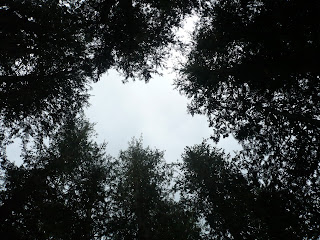 Part of the hike included a trail up to a mountain waterfall. 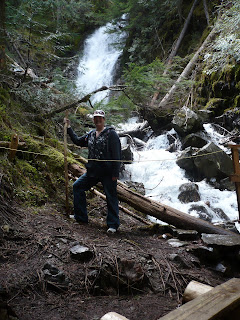 Dante enjoyed a drink of nice cool mountain run-off -well he drank further down the trail where the water wasn't so turbulent and we were a little further away from the snow. 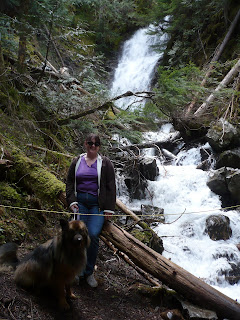 And I like photos of running water it seems 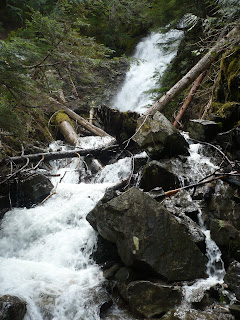 Wait - Lord of the Rings? 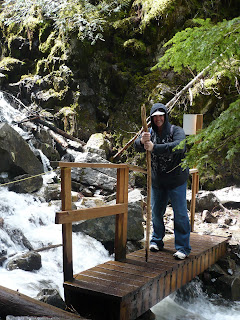 Thou Shall Not Pass!
But seriously, this tree is named Tree Beard. 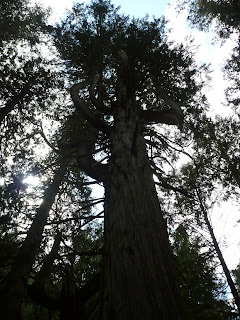 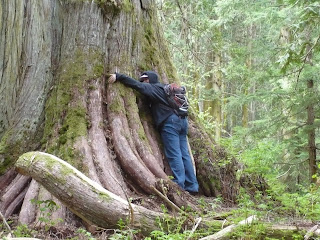 It might not make a lot of sense to a tree to hug it, but then again we are very small... 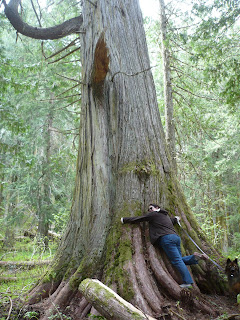 Final Ancient Cedar Rainforest Fact
The year round moisture of this area keeps the trees safe from forest fires, and bug infestations that decimate the tree population of surrounding forests. All the dead trees in this area have all died of old age! 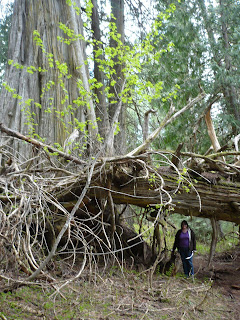 It's important for all potential visitors of this forest to know that there is a HUGE ditch you have to drive through that I"m certain at some point was a pot hole but it has surpassed that long since and has entered ditch territory. Shelley's front bumper got dented as she floored it to escape. 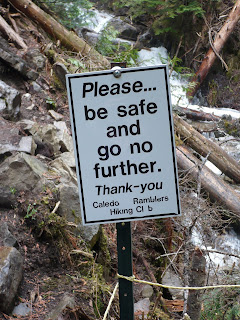 Posted by Colleen Speed at 7:02 PM