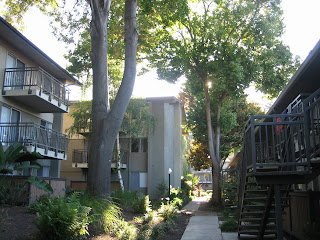 On Friday, Claire and I took the CalTrain into San Francisco for a day of exploration and shopping. 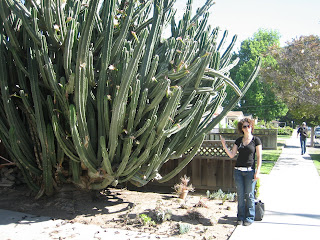 We of course had to stop for the obligatory photo moments with the local cactus fauna that is bizarre for anyone from Canada to experience.

The Lesser-Known Bridge
We took the CalTrain to it's last stop in San Francisco and somehow ended up walking on the wrong street towards transit. It worked out for the best because we ended up walking right under The Bay bridge. 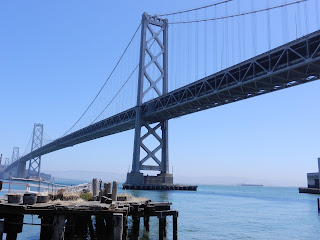 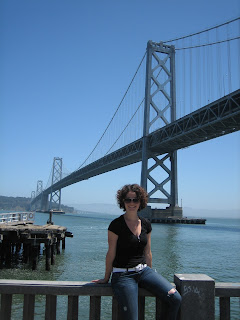 I'm not terribly sure what's so popular about the Golden Gate Bridge except for historical significance and that it's painted red, but this lesser known bridge is just as picturesque. 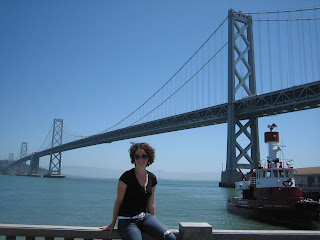 Attack of the Seagull

After donating to an initiative for gay and women's rights and equality (seemed like an appropriate thing to do in San Francisco which is known globally for it's large gay population), Claire and I made our way to Pier 39 where you can see Alcatraz and California sea lions. 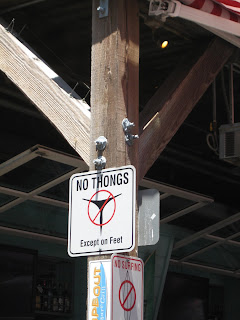 We were suppose to be taking a tour of Alcatraz this day however, tickets sell out super fast and Steve and I did not buy the tickets far enough in advance (we tried to buy them on Tuesday of this week). It was probably for the best because a tour of Alcatraz takes up most of the day (unless you plan on an evening tour which I hear are the better tours anyway). 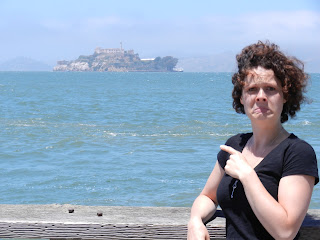 This is the third time I've been to San Francisco and I have yet to see the Golden Gate Bridge in anything but fog. My camera's autofocus was having a conniption - "you crazy lady there is nothing there to focus on, what do you want from me!" 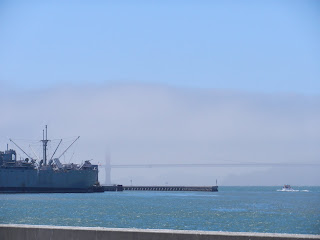 At this point we were hungry and decided to get some fries and watch the sea lions who gather near the pier to sun themselves. 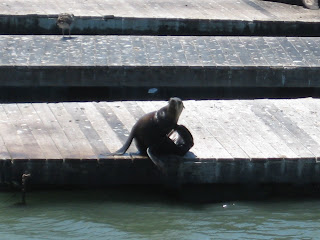 While enjoying our massive amounts of fries and ketchup that tasted more like tomato paste than ketchup, we were entertained by a show of the most epic sea lion truffle shuffle.


It seemed like a great idea - get some sightseeing in while filling the belly. Unfortunately other ravenous creatures were about and decided to attempt to intimidate us to abandoning our fries by launching themselves from Claire's head.  That's right, a very bold seagull used Claire's head as a launching platform and while we were still in shock, returned again, then again another 30 seconds later the same seagull buzzed our heads.  It kept returning and it got to the point that people with small children were backing away from us like the plague. We ultimately decided to abandon what remained of our fries into a covered garbage can out of spite - screw you sea gull.

Paint Your House Funky - Tourists Will Gather and Gawk

After buying an outrageous amount of salt water taffy between the two of us (it wasn't worth it, flavors like candy apple are not good and the coconut tasted like sunscreen), we boarded public transit with the help of a very friendly and helpful local. We made our way through the city's extreme angled roads and left our friendly transit operators behind when we saw some houses we could not resist. 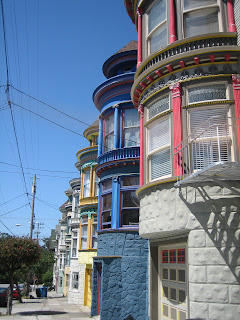 We were creepers photographing these people's houses without shame. 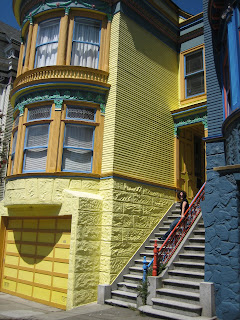 Though we did make a quick exit when a home owner from the blue house started to stare back at us. 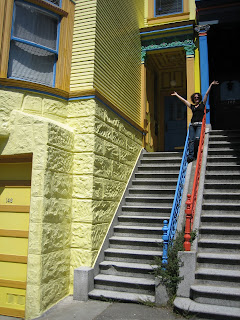 As we explored we got perfect views of typical San Francisco townhouses and some great views of the super hills that are this city's trademarks. 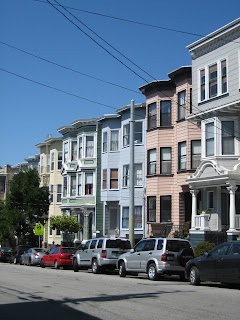 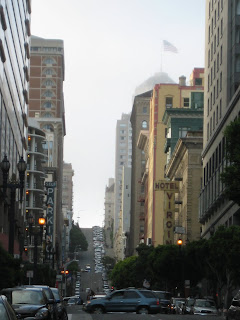 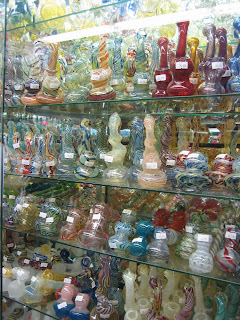 It was a fantastic place to shop, just ignore all the bizarre shops FULL of bongs (unless that's what you are shopping for)
A Dose of Culture

We finished our day in San Francisco, meeting up with Steve and attending a play at the Exit Theatre not far from Market Street. The play we attended was titled "Left-Handed Darling" which I'm not even sure if I can summarize properly. 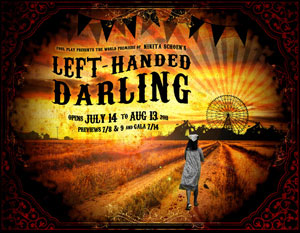 It was an entertaining play, about circus side show "freaks" and we all thoroughly enjoyed the first half of the play - the second half got a little confusing and odd. 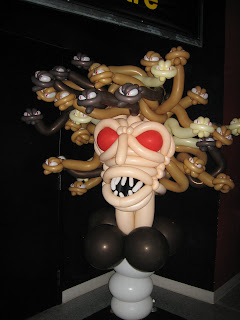 This alarming balloon sculpture of Medusa was outside our theater room and was for the opening night of another play shown in the same theater.

Claire and I learned some important things about San Francisco during our adventure:

1. If you want to go on an Alcatraz tour, book far in advance and take the night tour if you only have one day in San Francisco. If you take a tour in the middle of the day expect that tour and Pier 39 to be all you see that day.

2. Don't load up on salt water taffy. It looks delicious and everyone else is doing it but don't fall for it. All the flavors outside the traditional flavors were either disappointing or gross.

3. Take time to talk to the locals. The United States has introduced a lot of alarming legislation this year with regards to setting back women's rights and gay rights movements. Did you know in 33 states you can get fired for no reason other than your sexuality and with no repercussions to the employer? Absurd!

4.Ask the transit operators for directions. All our experiences were extremely positive and they were all super cheerful and willing to help the Canadians girls.

5. Haight-Ashbury is a must stop shop for people who love fashion, you can find some unique cheap buys at the vintage clothing shops and some very pretty jewelery.

6. Market Street by Powell is full of homeless people - and they are aggressive. Be on your guard for pushy beggars with no regard for personal boundaries. Don't make eye contact.