Operation Seize The Andy is Go for Launch

Our poor dog, Andy has been abandoned at "grandma's" house 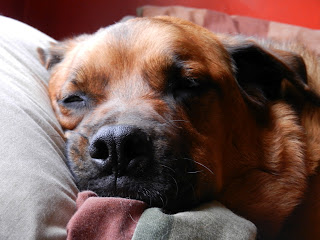 (and eating lots of tasty treats and unguarded chocolate rosettes)
while we get settled in California. The time has come to bring Andy to his new home in California.

We considered flying Andy here but flights are stressful for a dog and after buying a flight worthy crate big enough for Andy plus the cost of his flight and ours, we realized that for the same cost we could have a week long cross country whirlwind vacation - with the added benefit of bringing the Dogmobile (our Focus Wagon) and some of Colleen's belongings. 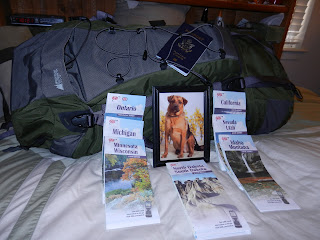 a journey across the USA through ten States in 6 Days.

The Route
Steve leaves tonight to arrive in Buffalo in the morning. He will then travel to Canada to pick up the car (and of course Andy). He will be picking Colleen up at the airport in Detroit on Sunday, May 20th. The first day is a long push so we decided we didn't want to set up our tent in the dark and are staying at a Super 8 in Portage, WI.


View Drive to California in a larger map

Prep and Planning
We have been saving, planning, and preparing for this trip for the past 3 months. We are planning on camping in some National Parks two nights enroute, a super 8, a hiker's cabin, and a bed and breakfast in the middle of nowhere Nevada. Travelling with a dog, let along a 90lb dog, is tricky and hard to do on the cheap. You can't decide to just look for a hotel when you get tired because that hotel will probably not allow dogs. 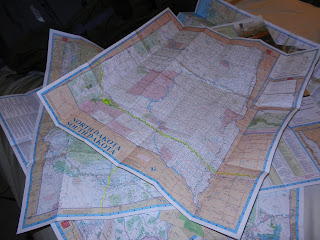 "Roughing it" was the most cost effective option with the added benefit of re-bonding with Andy, and optimizing the most scenery while still making good travel time.

And Because Colleen's Insane
Anyone who has traveled with me knows that I want to see/do everything possible. This is especially true of geological formations, wildlife, and odd road side attractions (see Gypsy Tour). The tough part about a road trip is that you have to actually travel a finite distance each day so you have to pick and choose what you want to see without sacrificing time. 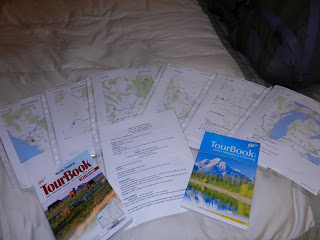 To optimize our time each day and to see the maximum amount of awesomeness of places like Badlands National Park, Yellowstone National Park, and Craters of the Moon National Monument, I have researched - a lot. I took out books from the library, searched online, and recorded the location and distance of scenic hikes enroute that won't take us more than a quick car stop or half an hour at most (and believe me I've found the time for some of them). I have a package of each day's options, a list of "must see's", and a list of "if we have time".  This isn't even counting anything random we might encounter - like Paul Bunyon statues throughout the state of Minnesota, of which I have read there are a lot.

Unforeseen Complications
Our route is far. The Dogmobile is in okay shape. We have purchased the premium AAA membership, have a first aid kit, cellphones, GPS, an extra gas can, a spare tire, and extra water jugs. Steve has three days from our ETA in California before he has to return to work (yay Memorial Day weekend). We should be fine but it's good to be prepared. 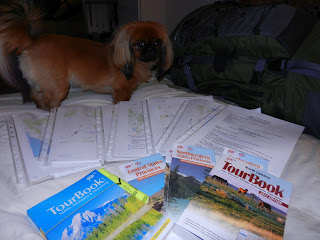 Ruby is suspicious and does not approve of these plans. She enjoys being the only dog in the house.
I think she may be considering sabotage.

Email ThisBlogThis!Share to TwitterShare to FacebookShare to Pinterest
Labels: Operation Seize The Andy