After returning to camp after dark, we learned that those who did not opt for the 3 hour drive to Lava Beds discovered a cave within Lassen National Forest. With another early rise, we packed up to explore Subway Cave and McArthur-Burney Falls on our drive home. 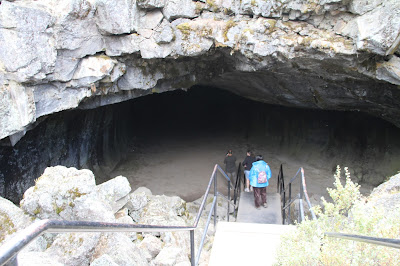 Subway Cave is aptly named as it resembles old New York subway construction footage. The sides are extremely smooth and were formed 20,000 years ago when the lava on top, exposed to air, cooled and hardened and the interior lava continued flowing. 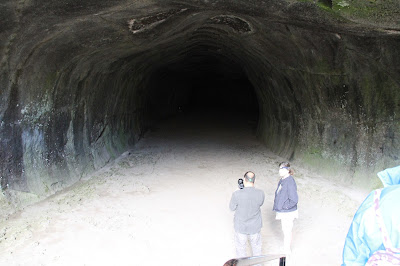 The temperature of the cave stays at 46 F (around 8 C) year round. And the floor is rough in some places but over all was the easiest cave of our explorations. 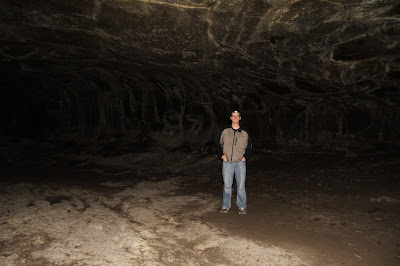 The caves at Lava Bed were more extensive but Subway cave was certainly different than those we explored the previous day, more accessible, very large (for those concerned with claustrophobia), and certainly closer to the Bay Area. 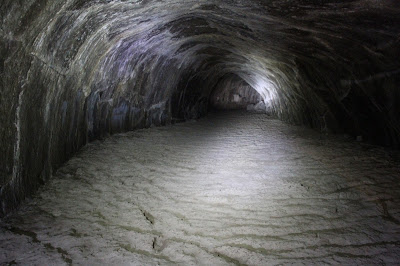 If one really wants to explore a wider variety of caves though we certainly recommend Lava Beds National Monument. Next to the caves there, Subway Cave is a tease.

The McArther-Burney Falls in Northern California are possibly one of the most unexpected natural features we've encountered living in California. These falls are akin to fantasy. While standing in their presence you get the sense that a pterodactyl cruising through the air would not be out of place. We honestly wouldn't have been surprised if some random lady in the pool at the bottom bestowed on us a mythical sword so we could unite the land ala King Arthur. 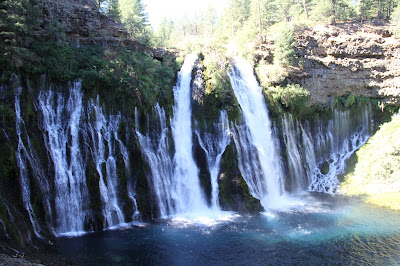 This waterfall formed twofold. In the traditional sense as part of Burney Creek decends a 129 ft cliff and forks to create the two dominant falls. The rest is formed by an underground reservoir that seeps our of the porous lava rocks through the cliff face. 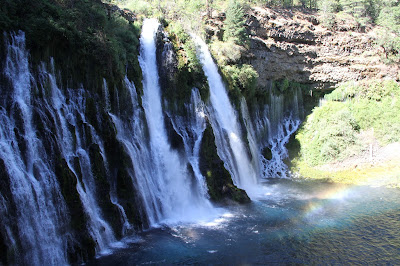 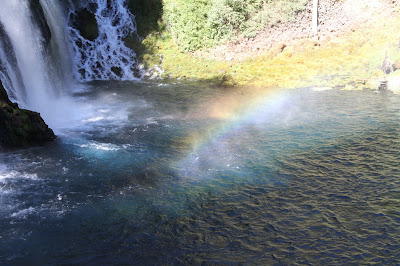 What is a mystical waterfall without an informal romantic photoshoot? 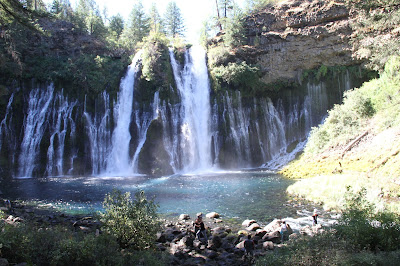 Well it's only so romantic when you've hiked up a volcano, explored caves and haven't showered for 3 days. 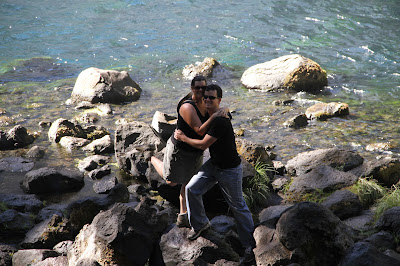 And the best thing about the McArther-Burney Falls? You can swim in it! 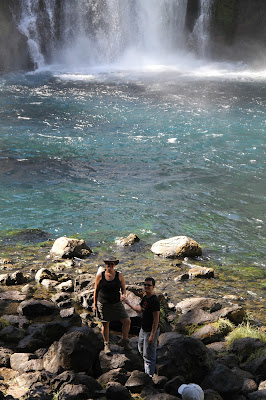 Too bad we were only able to spend 30 minutes in the park as we had to get our carpool partner back to her place by 4pm. We definitely plan to go back to this area for a longer stay. 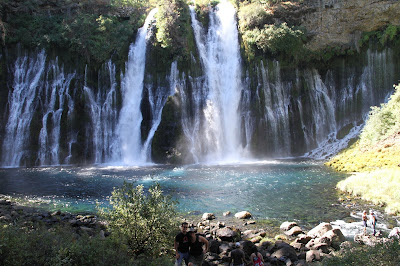 On the drive home of course, we got to see the same view of Mount Lassen from the I-5 as we did on the way there. 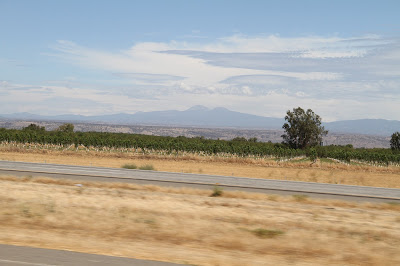 Except instead of Steve telling me there was no way we were climbing that we sat in awe and said: "Holy Crap, we just climbed a freakin' volcano this weekend!"
Posted by Colleen Speed at 11:43 PM