We've both been on bikes, and we've hiked around Mission Peak, so combining them should be fine, right?

We rented two "hard-tails" (bikes with shocks on the front but not on the back), and brought them to the trail. After biking circles in the parking lot to make sure we knew how to get on a bike and change gears (and play with the disc brakes and shocks), we started climbing.

And immediately stopped. The trail is steep, and it mocked us. So we did the "hiking" part of "bike-hiking", and walked half way up the mountain pushing our bikes. Any time it leveled out enough to pedal up, we did, but there was lots of pushing.


Soon though, we made it: 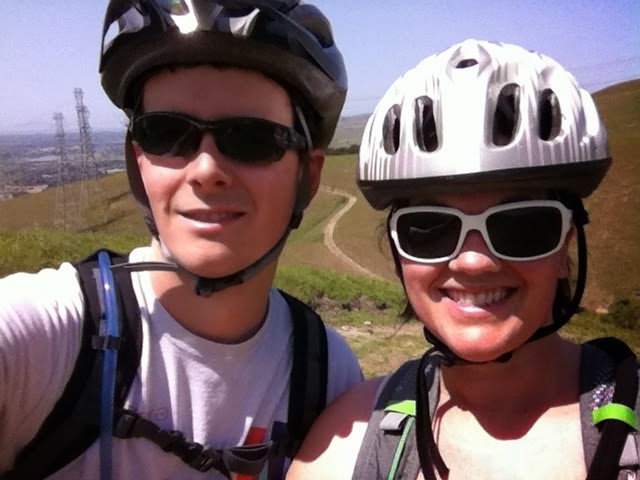 Ah HAH! In your face mountain. Time to bike for reals, going down some crazy overgrown steep hills. 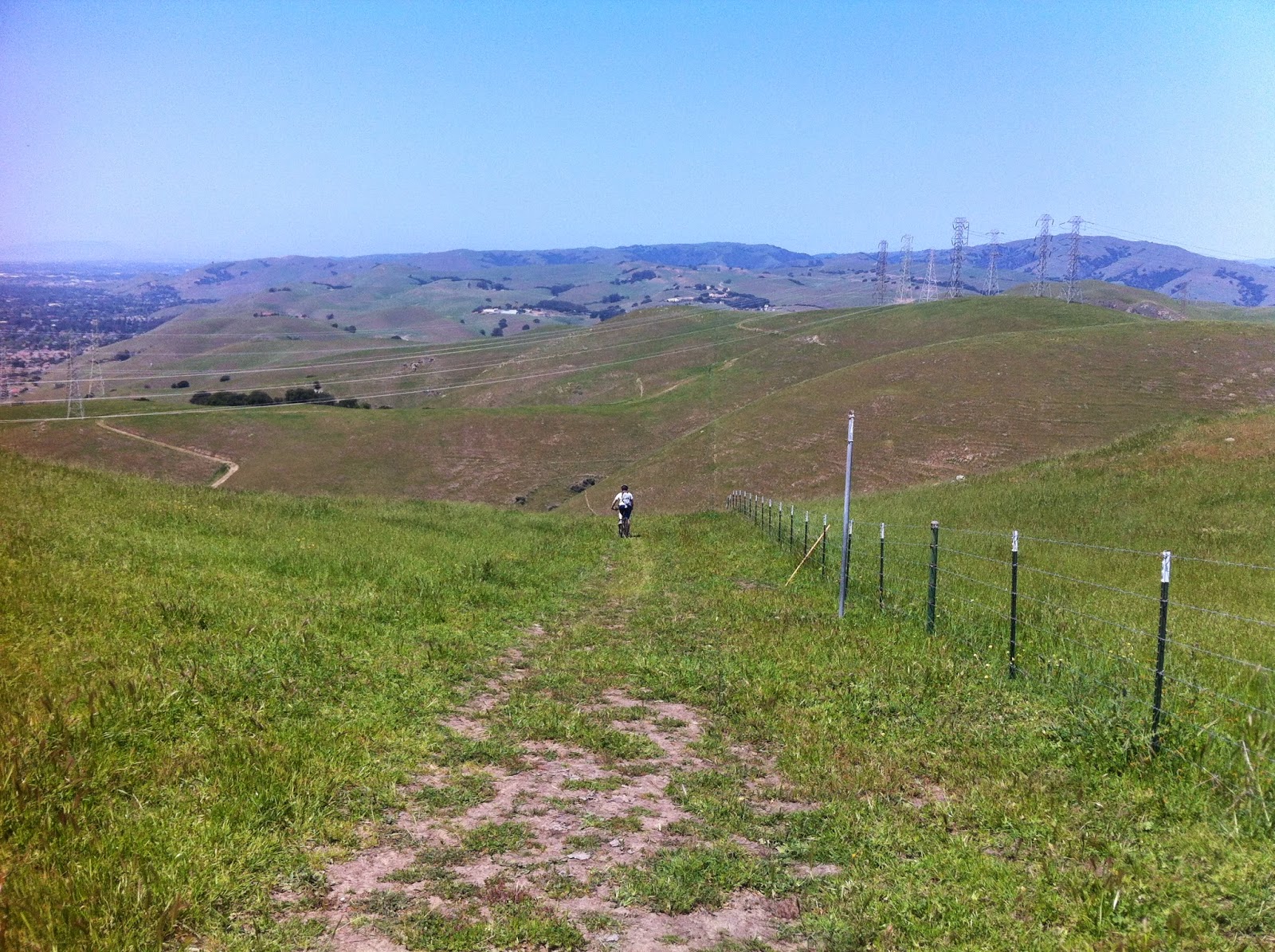 The heights we had slaved to reach zoomed by so fast, but it was worth it. Time to stop for lunch. We pulled over where there was enough room to not be on the path. 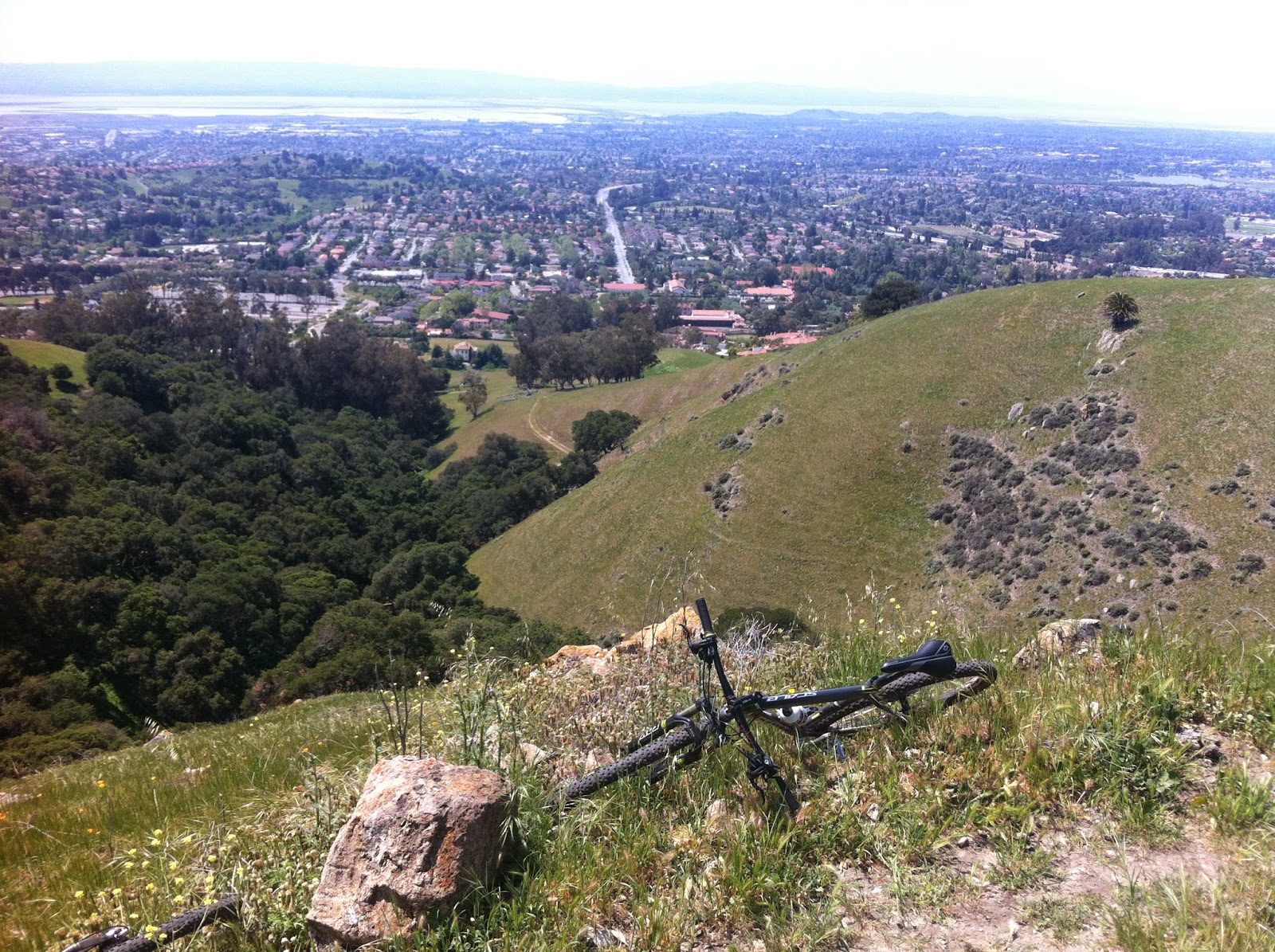 Opening up the backpacks, we realized we left the food on the kitchen counter, so had a couple more energy gummies, and moved on.


The trail got thin, then thinner, than outright ridiculous. 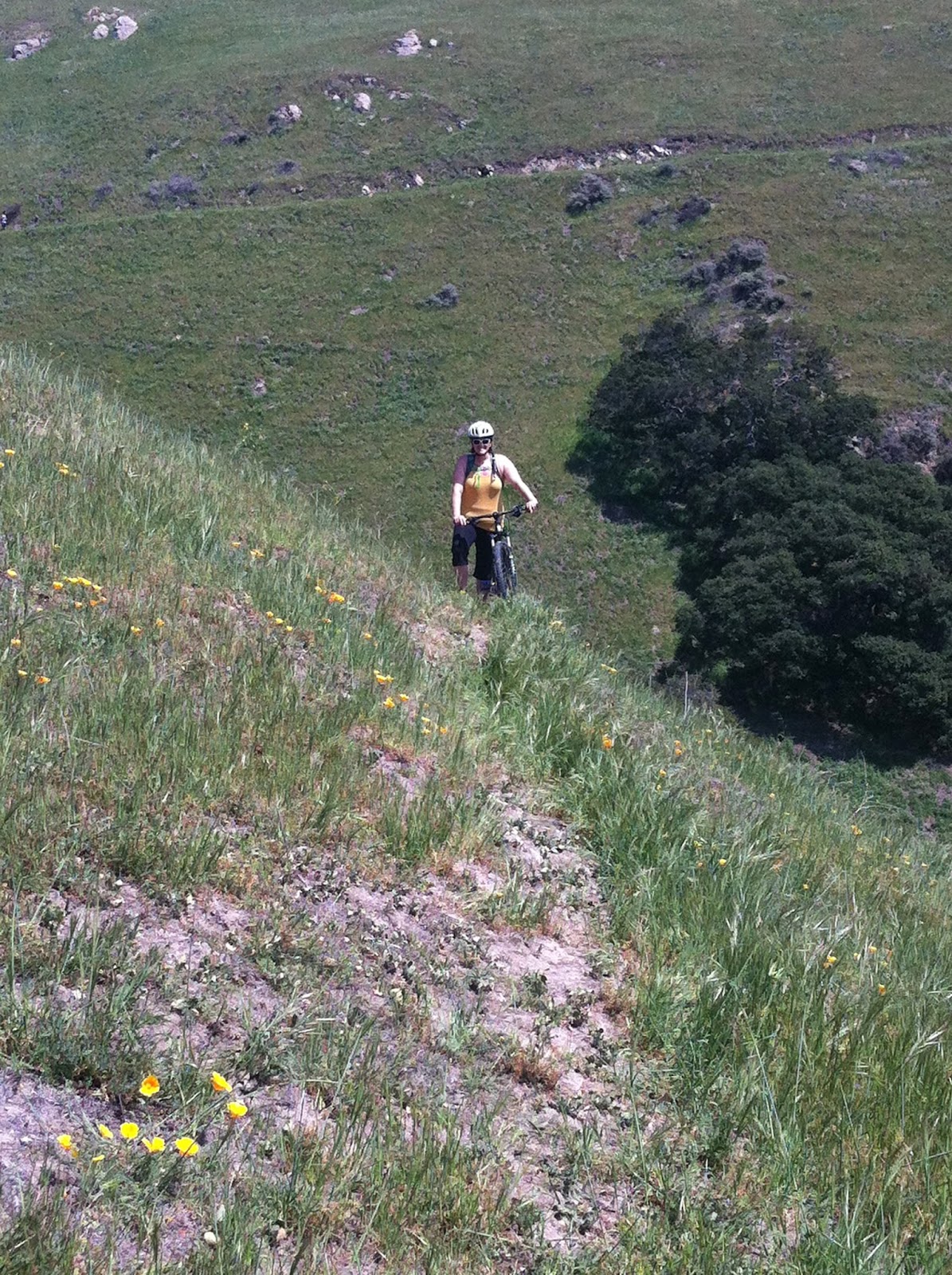 "Bikes don't go on here, this is where cows go."
- Steve's big revelation after we stopped attempting to bike this area and continued to bike-hike it.

These cow paths led us to the correct trails though, and we only had one minor fall because of them (Colleen's fine), so the day was a success. Totally worth it.

And next time we will know the right paths, and maybe can do more biking than hiking.