The past 2 weeks in Fremont have been Steamfest, which means riding through Niles Canyon historical railway, being pulled by ancient steam trains. Trains. Oil burning steam trains! 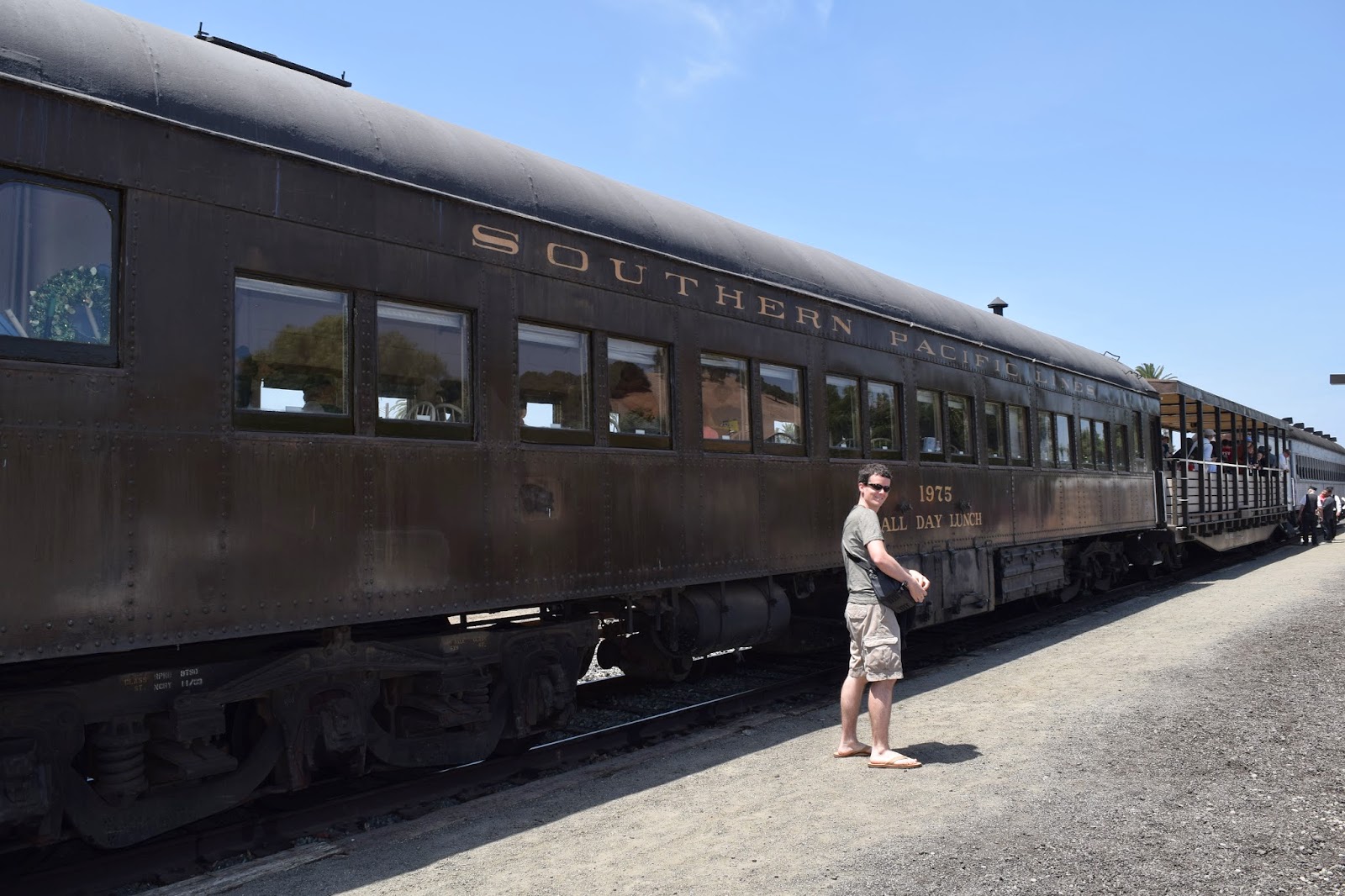 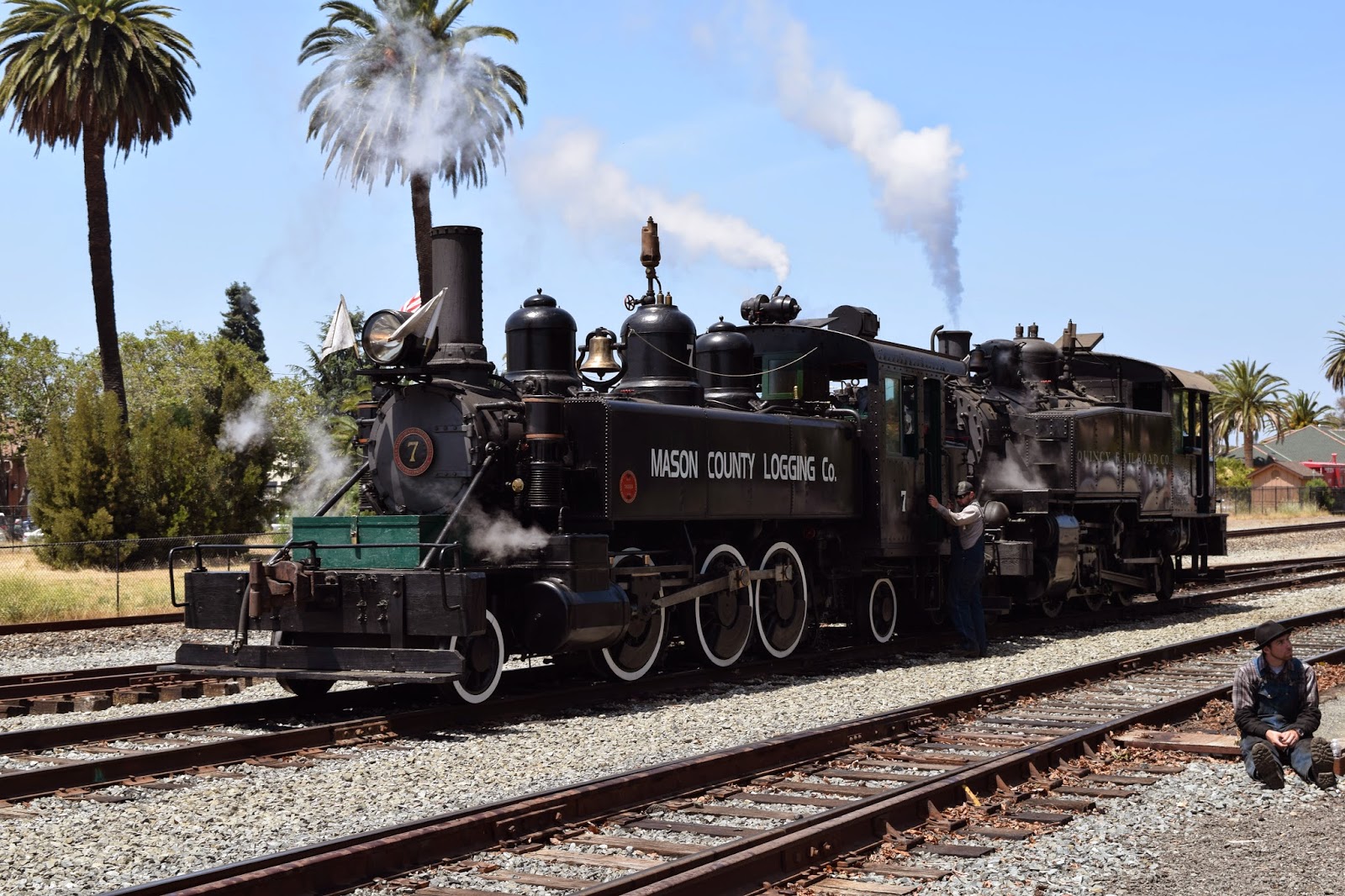 
Hopping on in Niles, we found one of the open-pavilion-style cars. Surprisingly, they let you stand up and lean out during the ride, probably because it's only going about 35 mph. 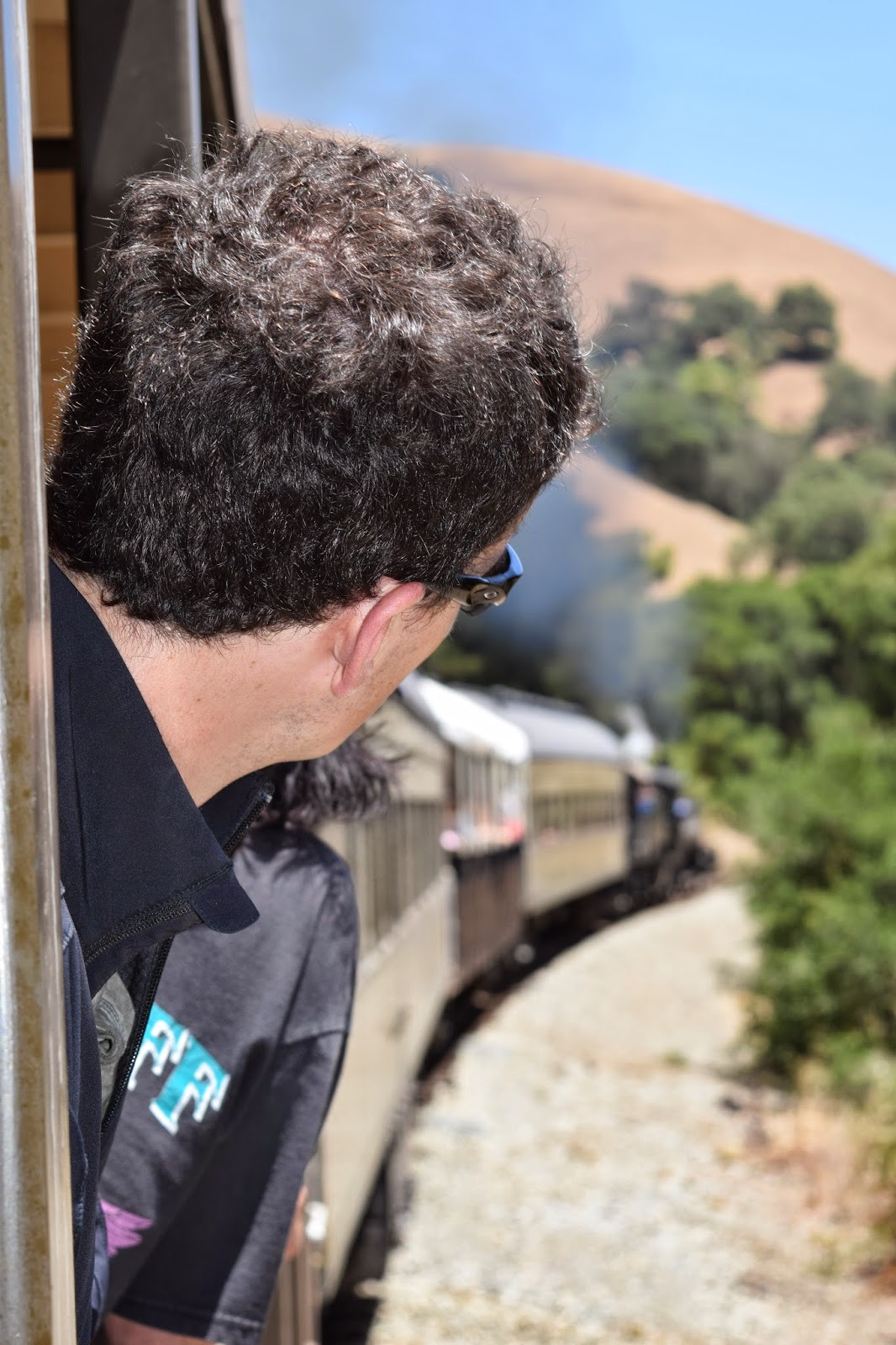 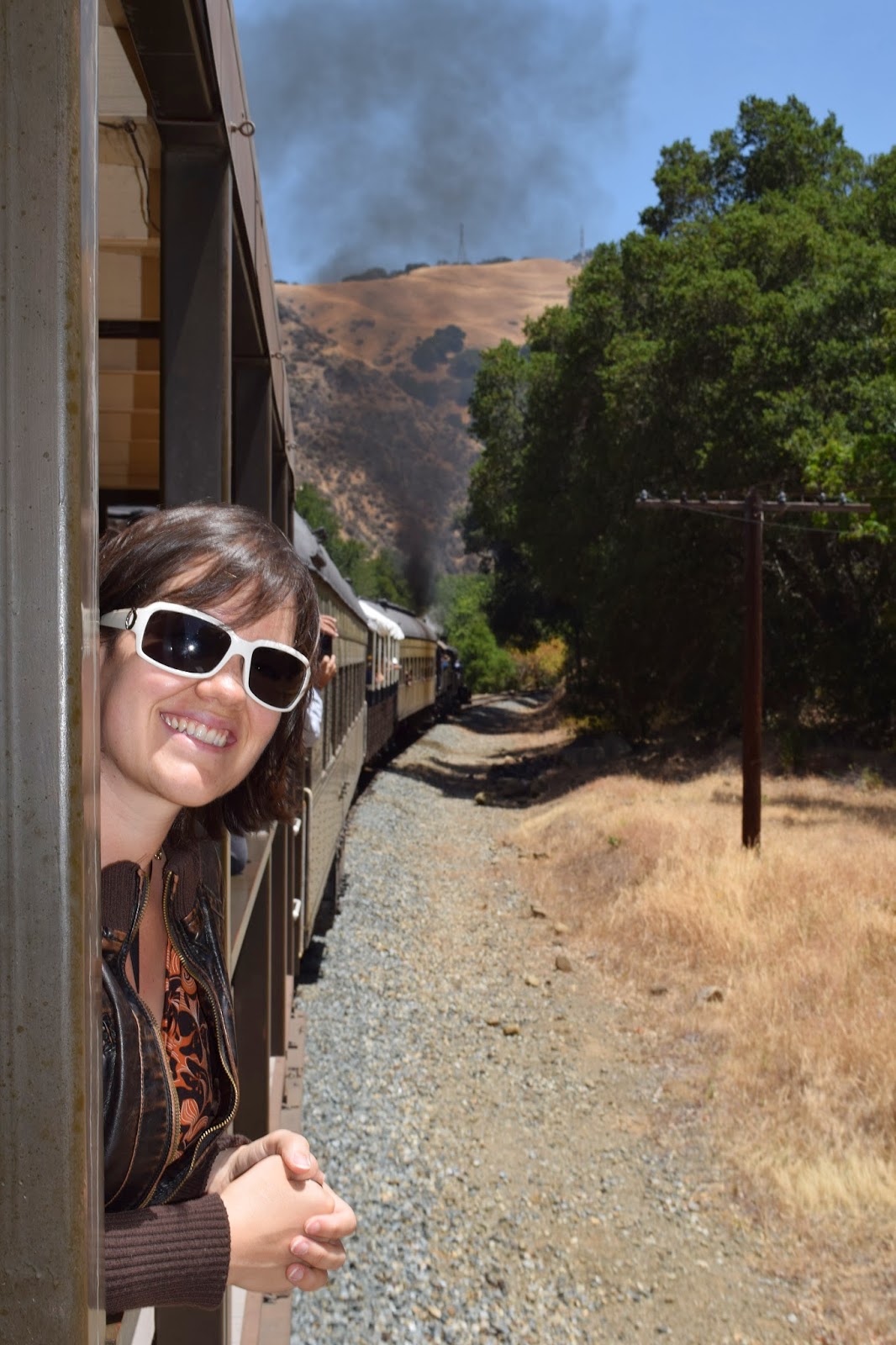 It makes for good pictures, good times, and things falling on you.

See, when you lean out of a train burning semi-refined oil and puffing out a bunch of steam, there's clouds of smoke and "rain". 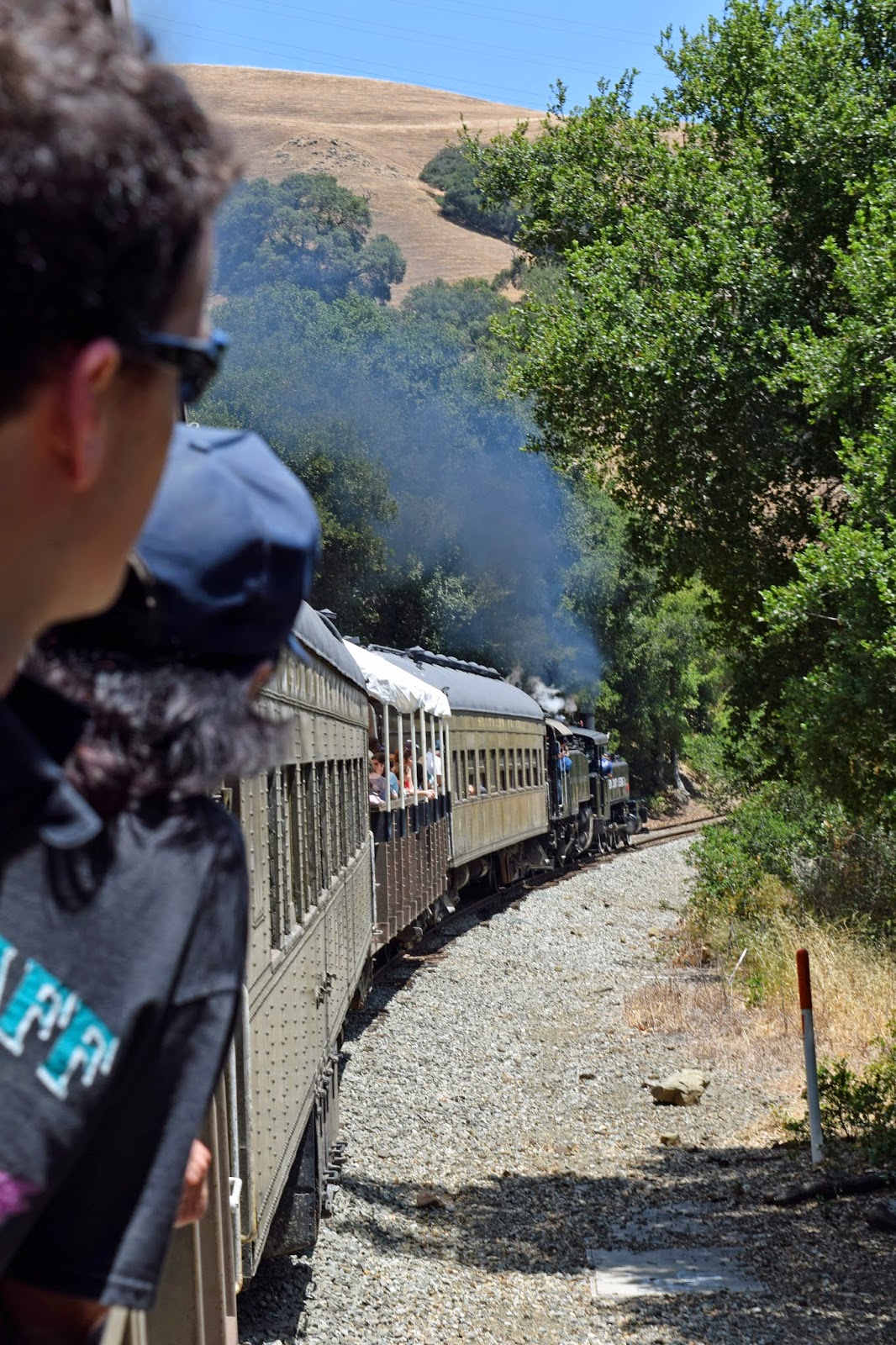 We stayed in Sunol to have lunch at "Bosco's Bones & Brew". It had a restaurant, saloon, converted gas lamps, and looked ancient. It fit perfectly with the styling of the day.

One the way uphill to Sunol, we were being pulled by two engines from 1910 and 1924. The train that came to take us home though ... 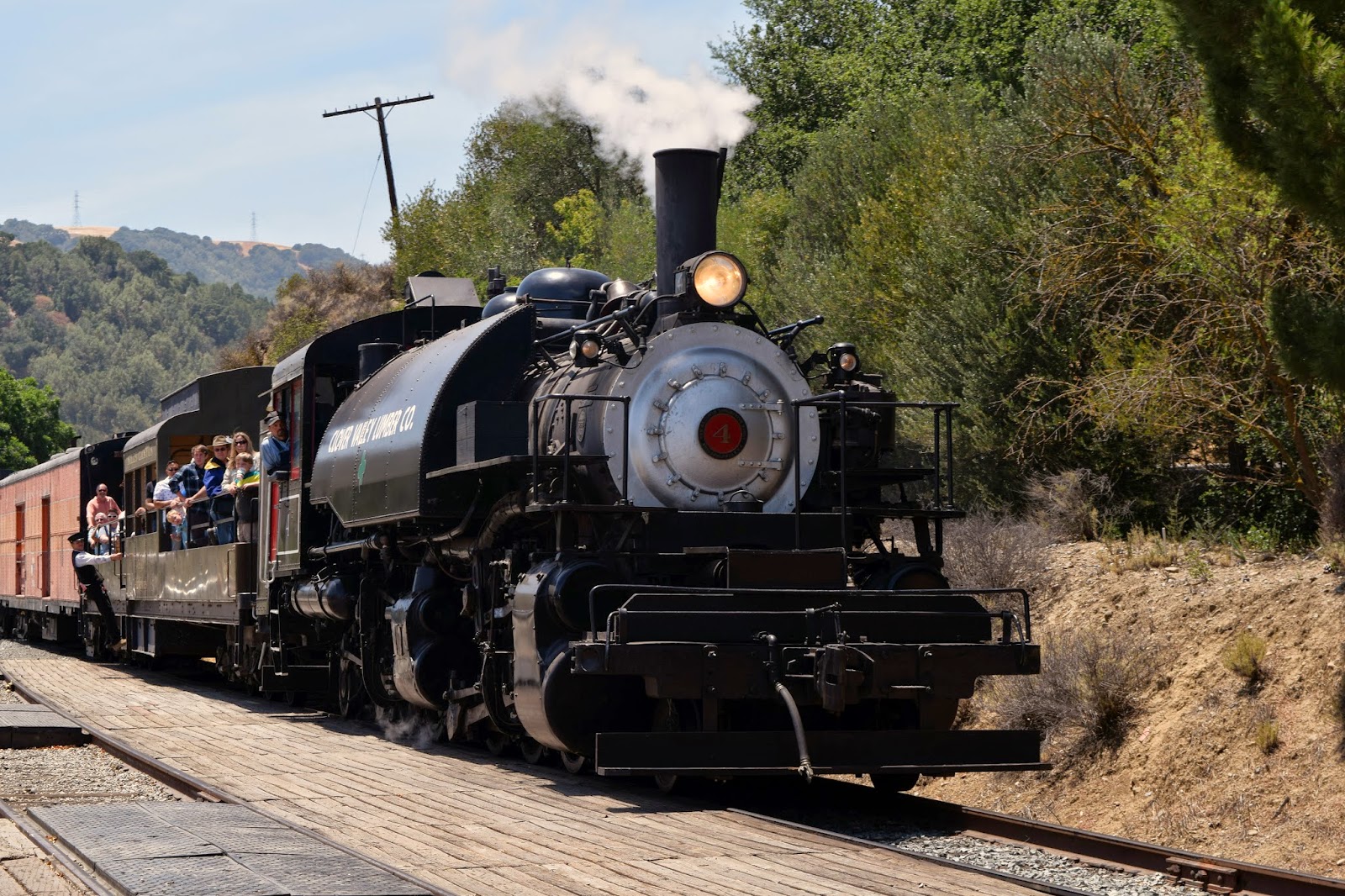 ... was a beast from 1924, stronger than the previous two combined. It had come up the hill from Niles, so after switching around to be on the new "front" of the train, we loaded onto another open car, and we were off. 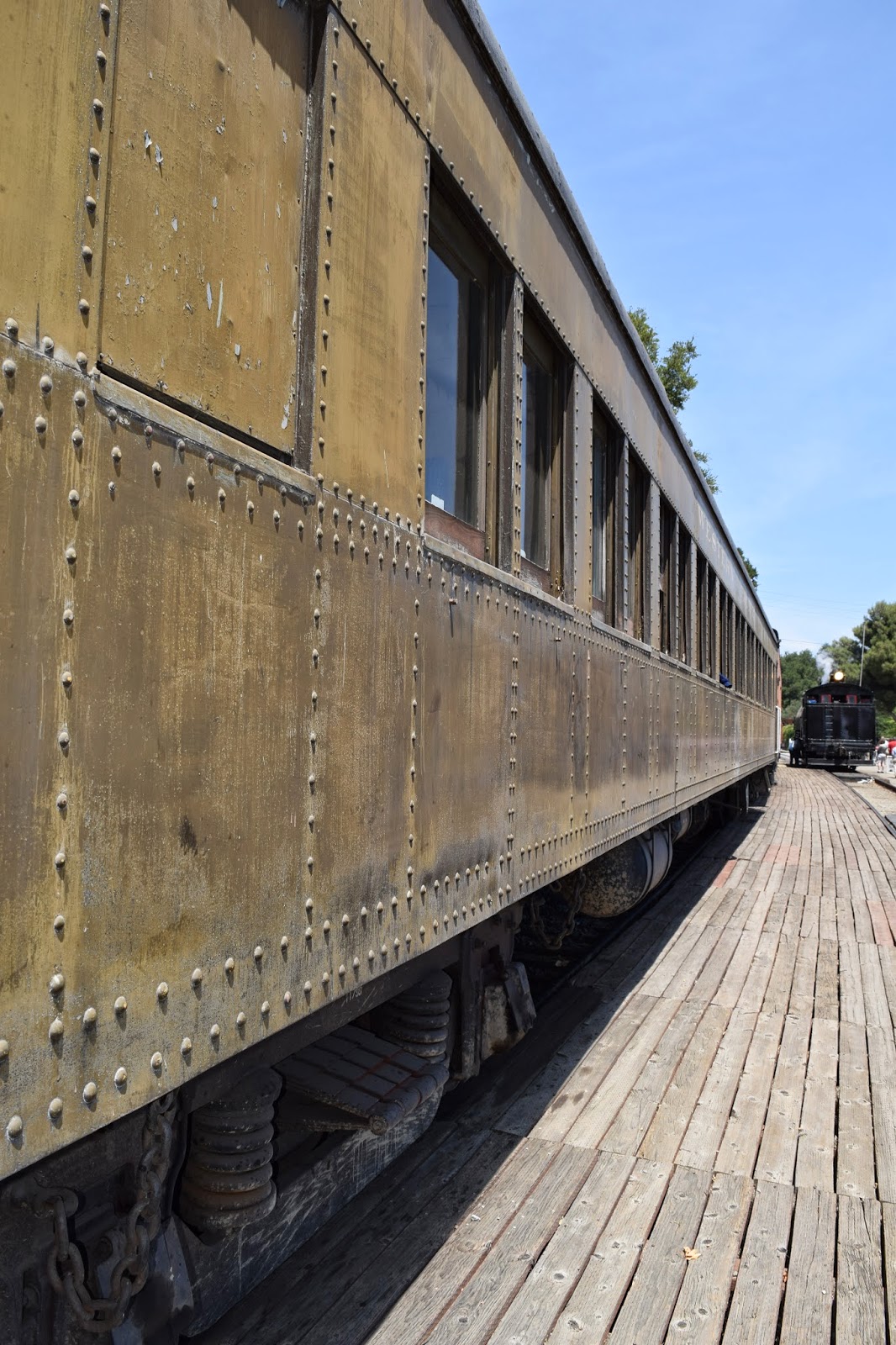 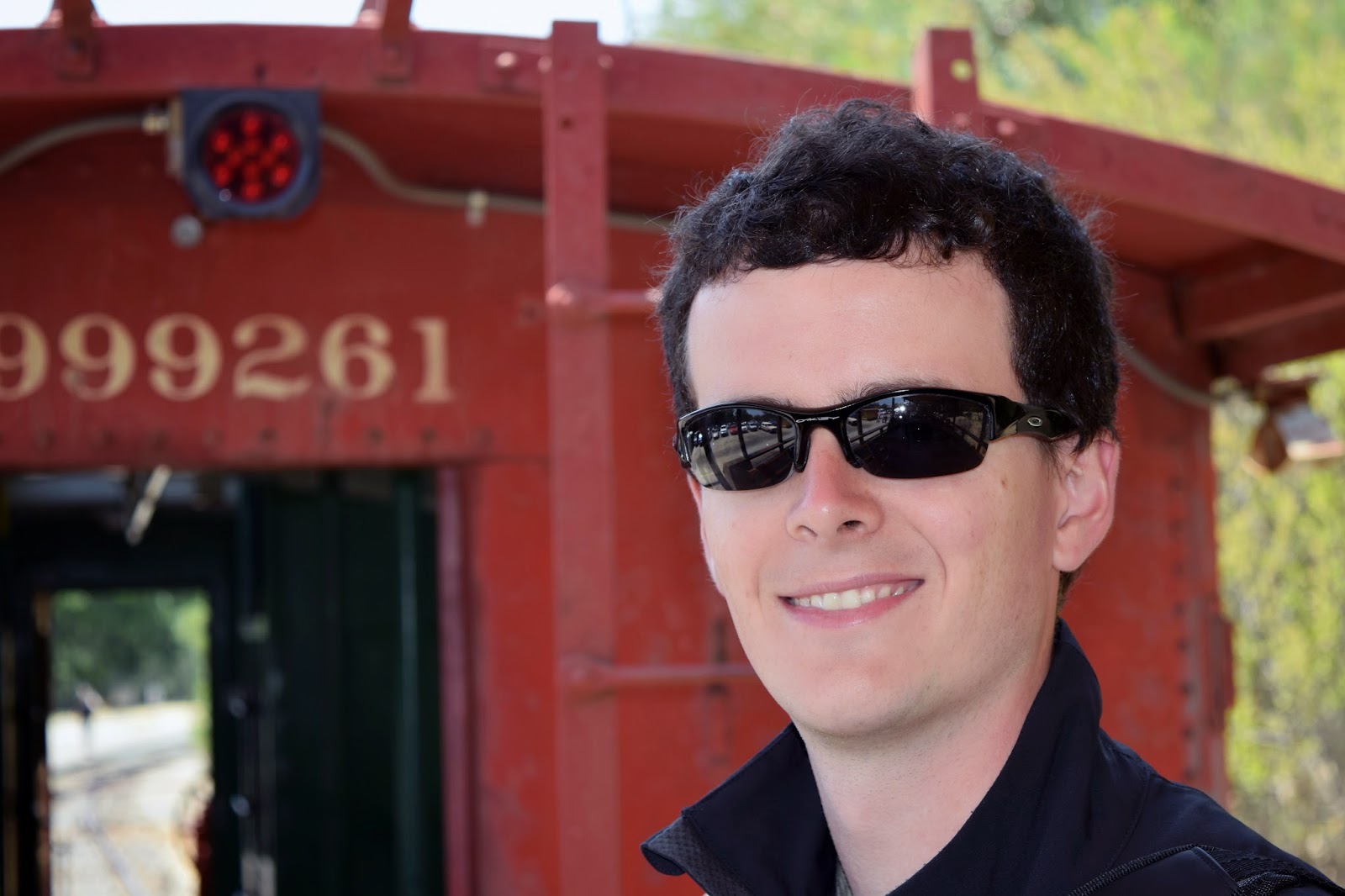 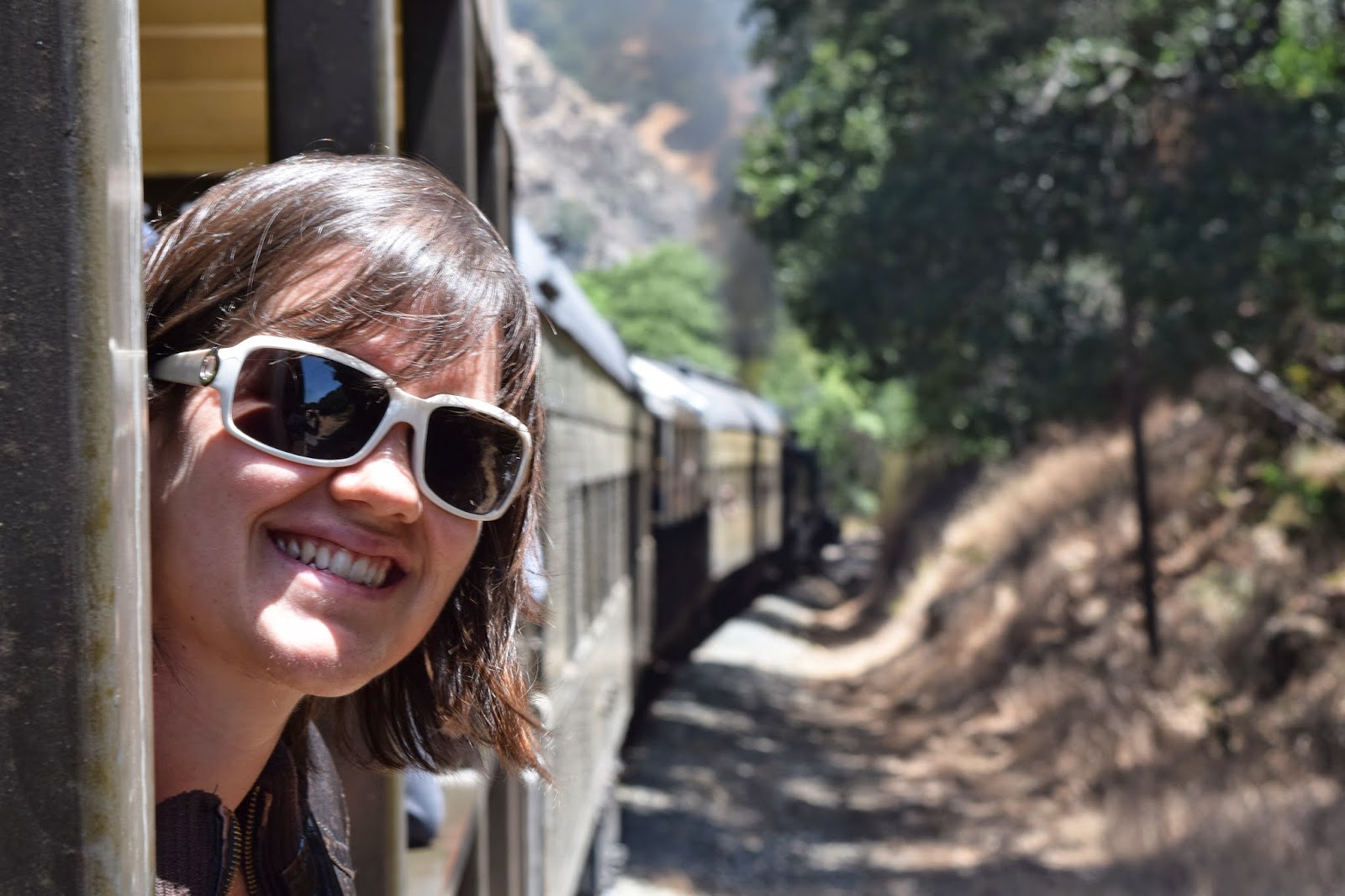 All in all, a pretty cool day. We'll be back next year.
Posted by Steve Armstrong at 7:40 PM