For the past week we've been seeing news footage of humpback whales feeding close to shore in Monterey Bay. We decided that if we lived back East, and saw the footage, we'd lament not being in California.

Drugged with anti-nausea medication, armed with ginger tea, and loaded with a carb-laden breakfast; Colleen was prepared to fight sea sickness for the sake of whales and photography. Steve braved the early (6:30am) hours of the morning, with eyes like a kitten, and came along.

After 40 minutes into the boat ride, straight above the center of the Monterey Trench, we came upon a cluster of boats and a writhing brown mass of sea lions, circled by dive bombing sea birds.

And whales. So many humpback whales. 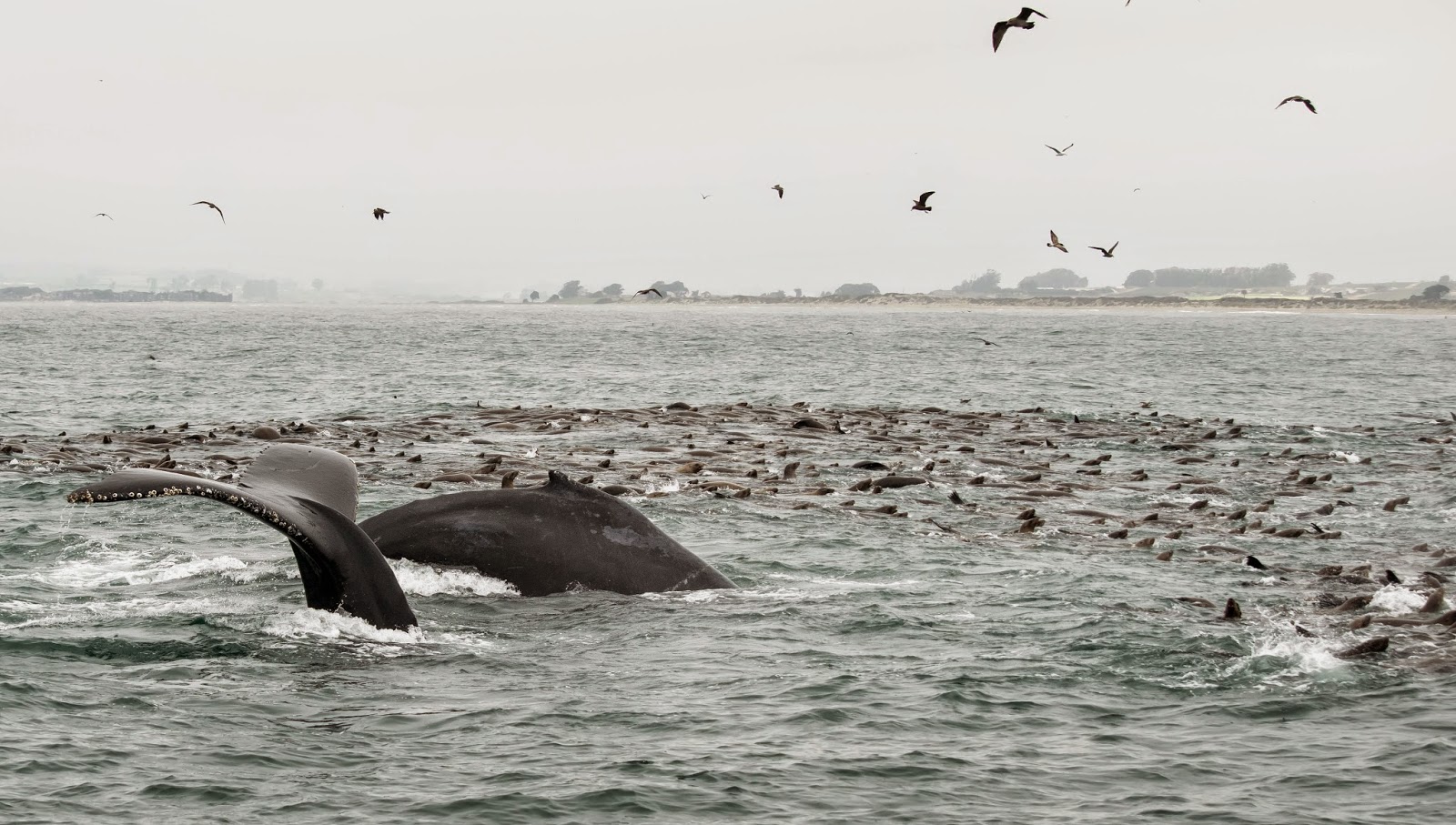 And then two start heading straight for us 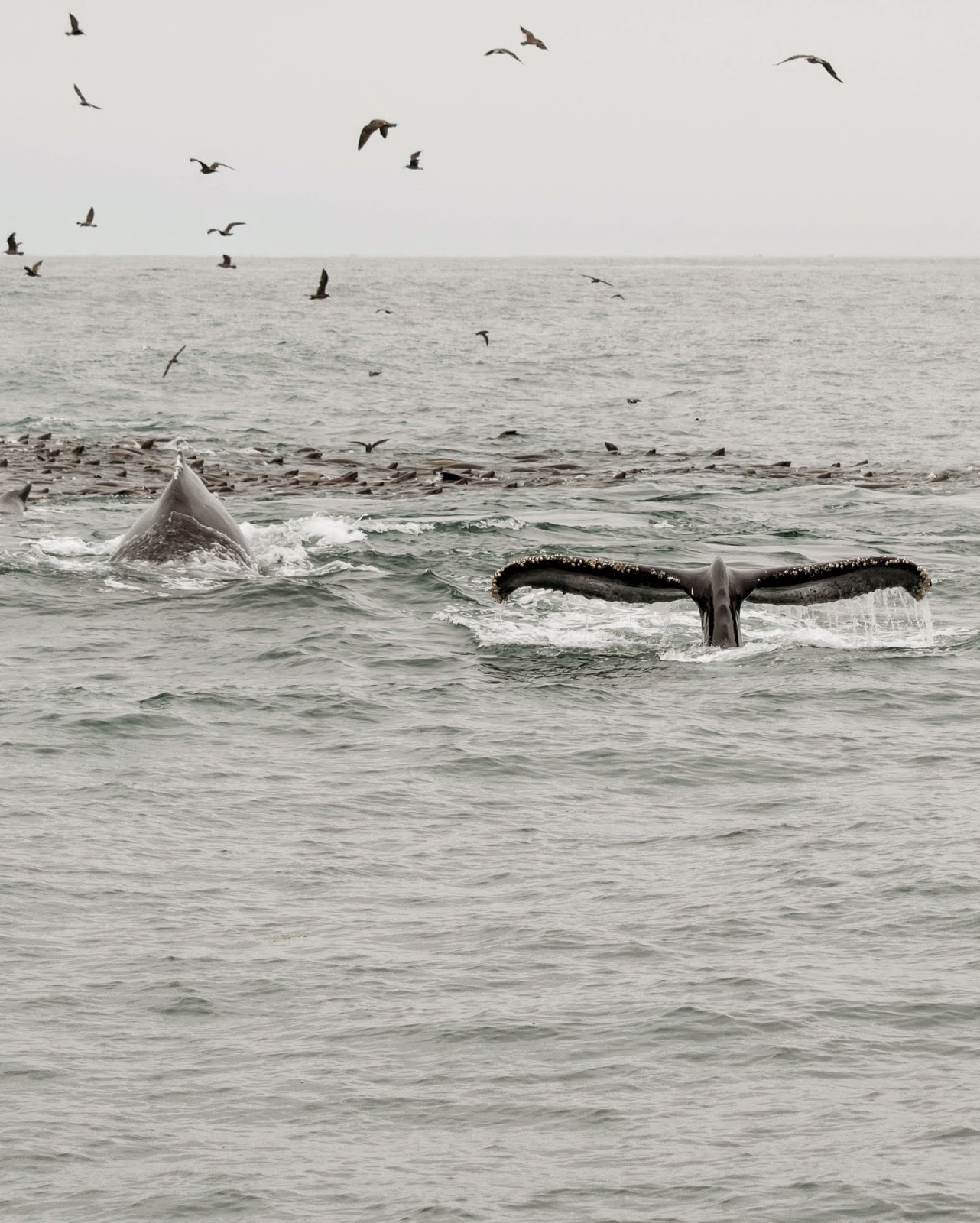 And what?!? Look how close they are getting to us! *Brain starts melting* 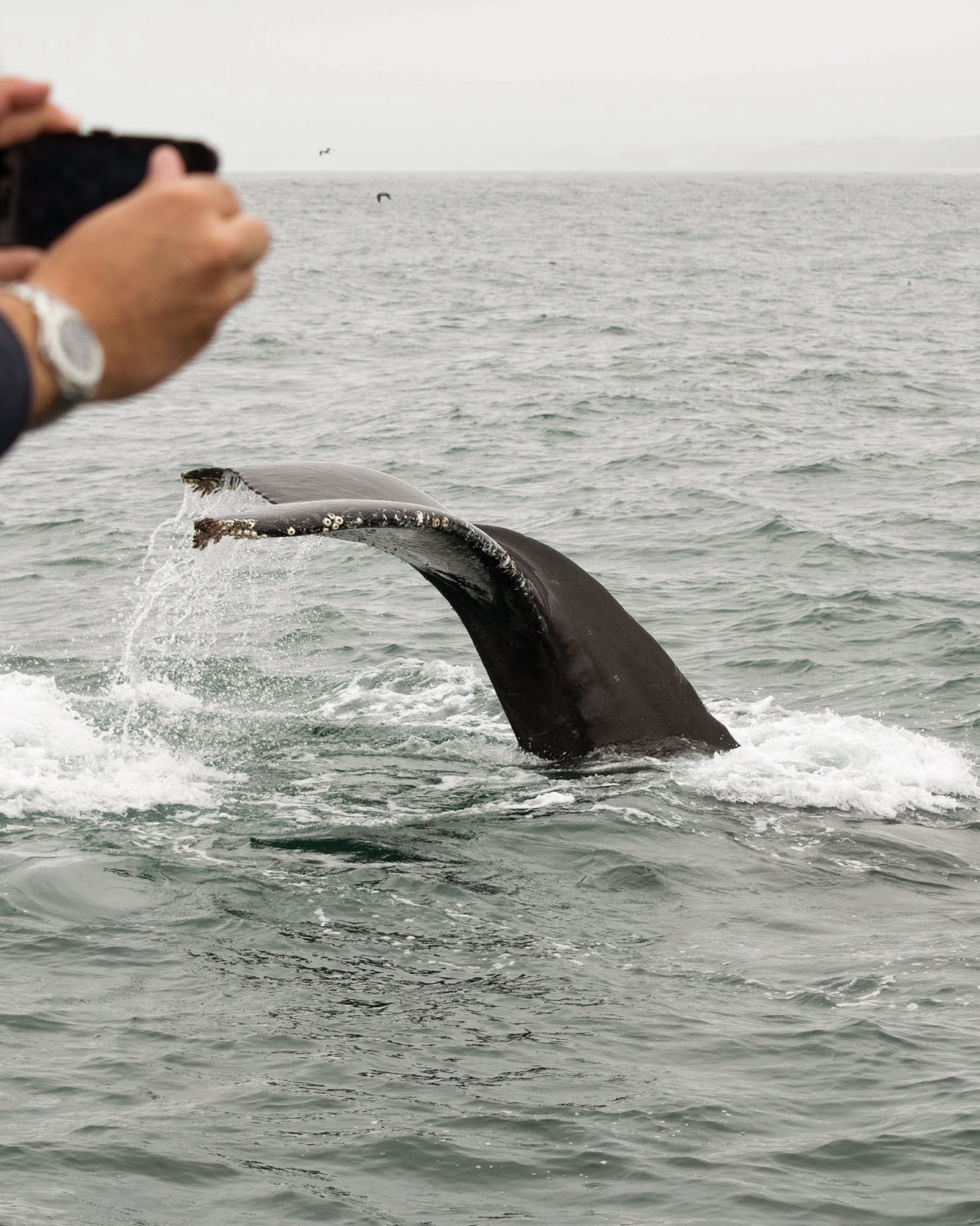 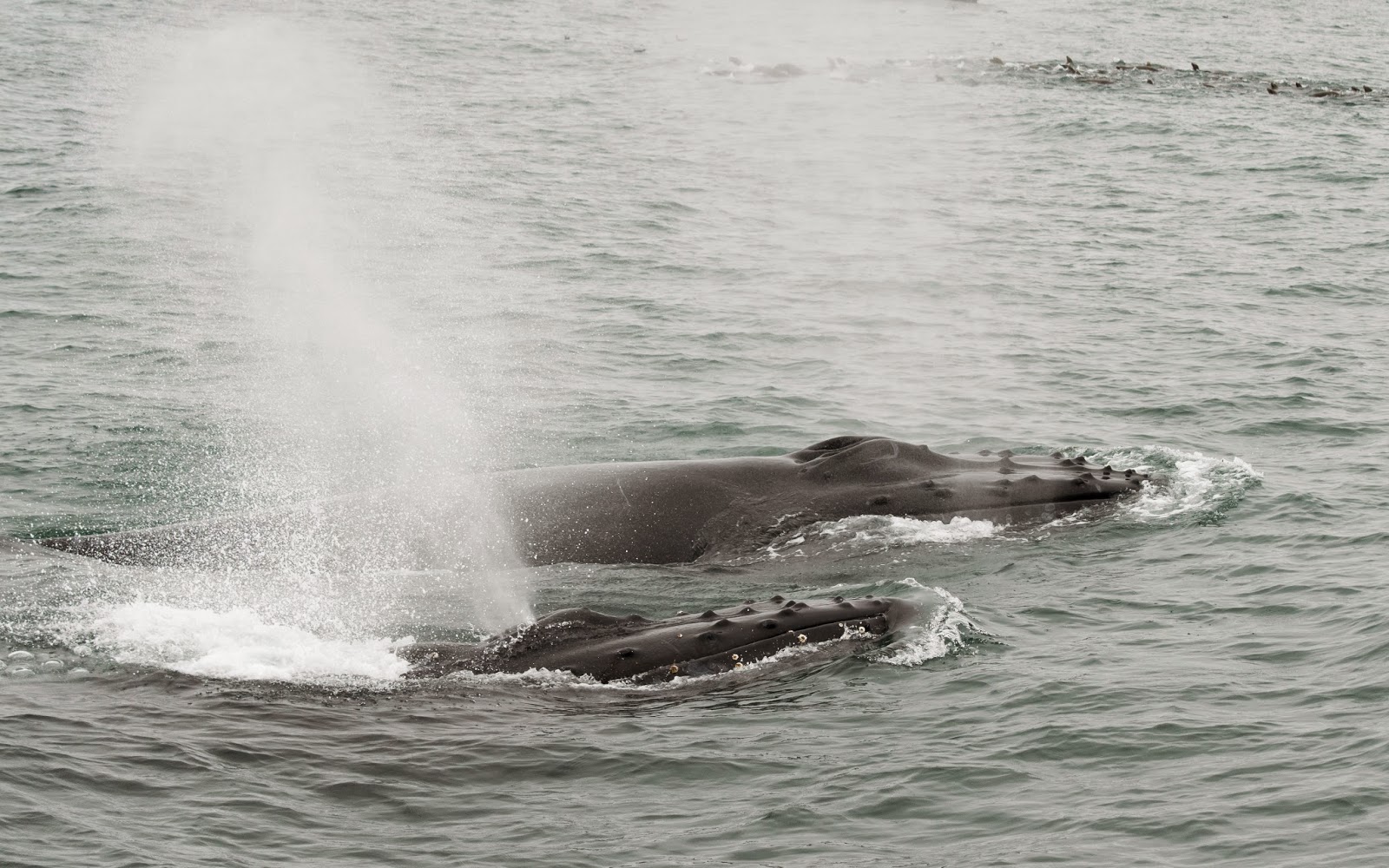 The whales were crossing in front, behind, and under our boat. 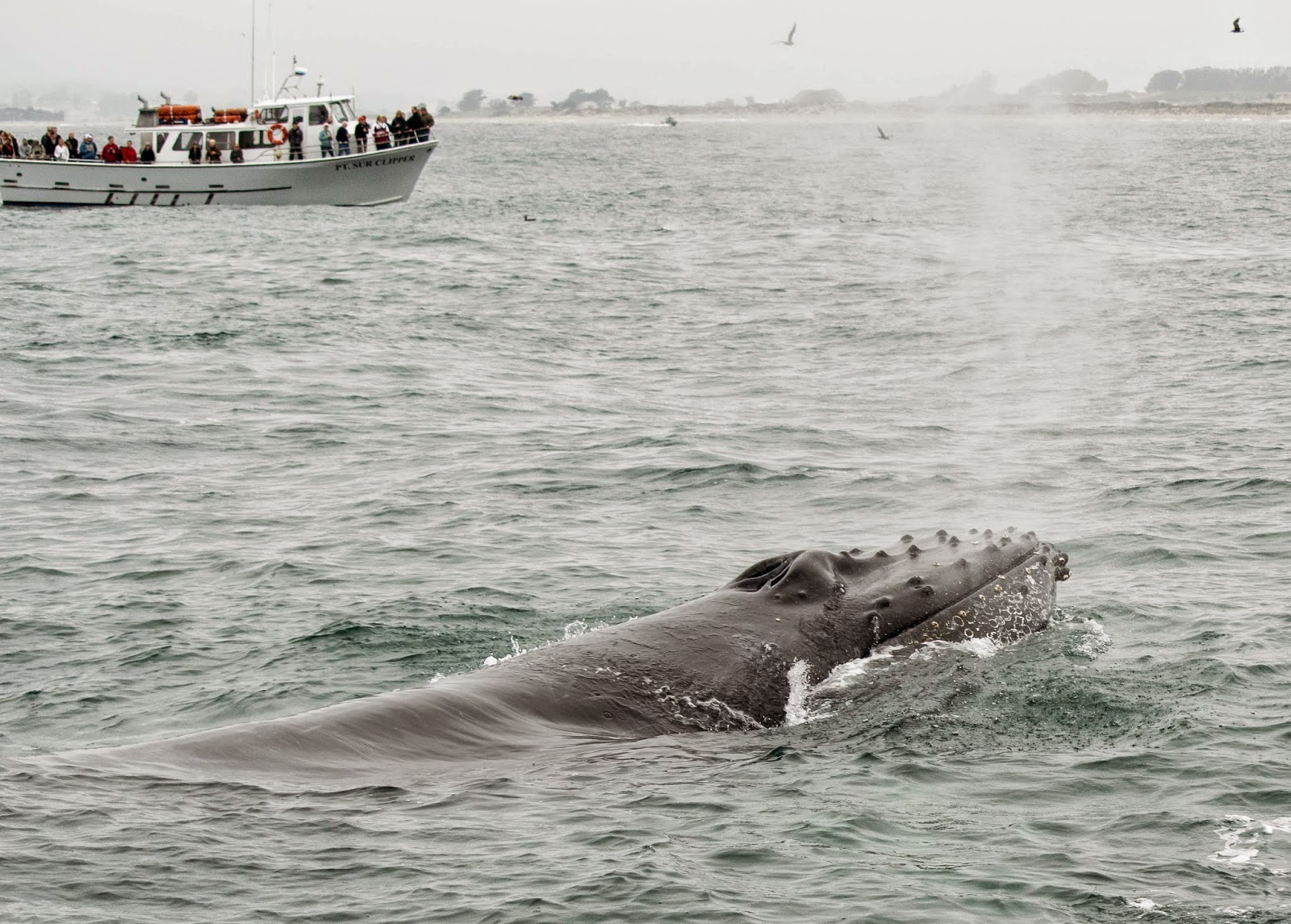 There wasn't a "bad side" of the boat to be on. Whales surrounded us. And it wasn't just the larger boats they liked to visit. The guy in the red kayak loves it. But the guy in the orange kayak decides that maybe it's time to add some distance. 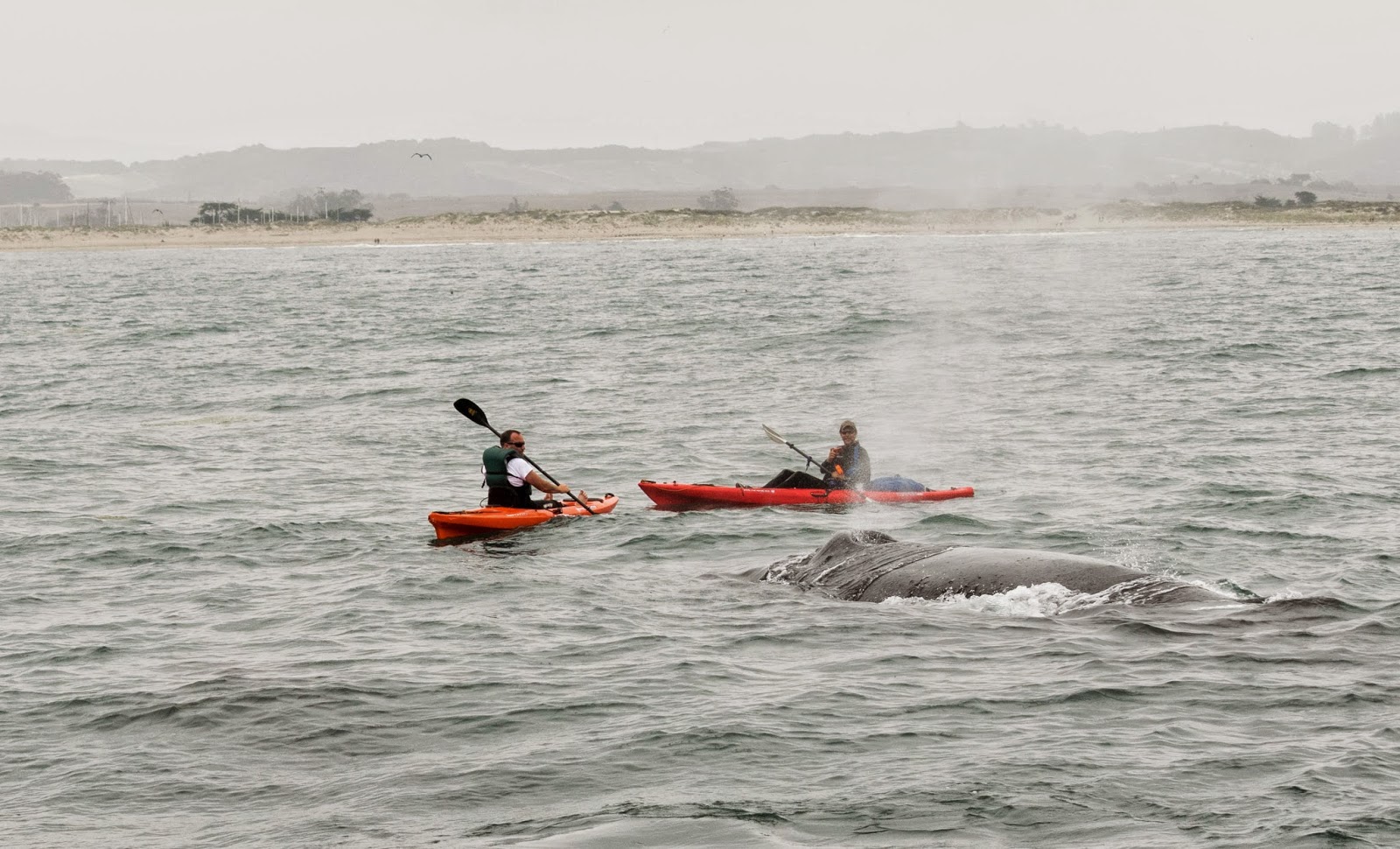 Legally you can not approach within 100 yards of a humpback whale. Nothing is stopping them from approaching you, however, if they so chose. 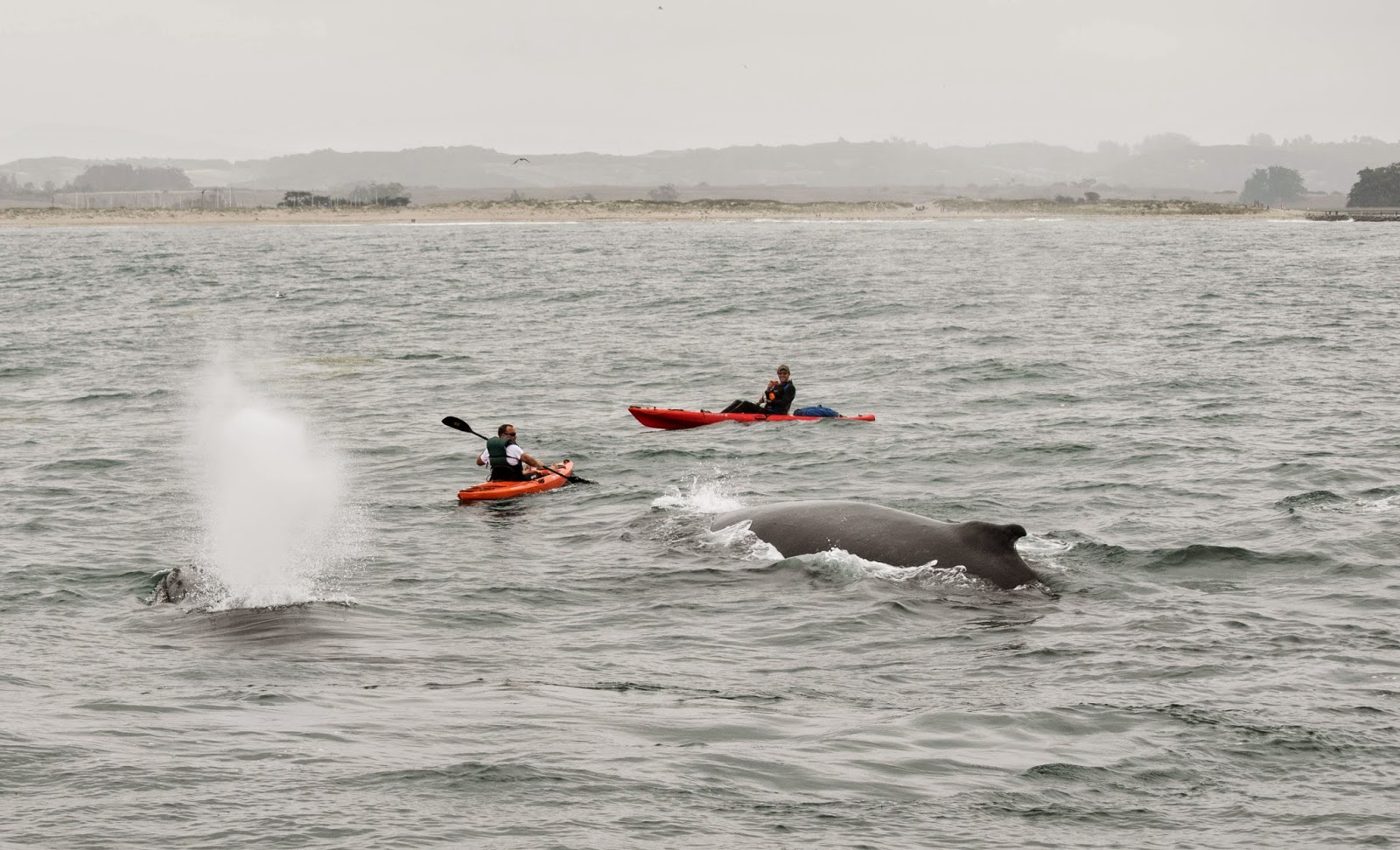 It was a mad feeding frenzy out there and I imagine there was even more going on under the surface. All this insanity is because of an anchovie run that is clustered close to shore. 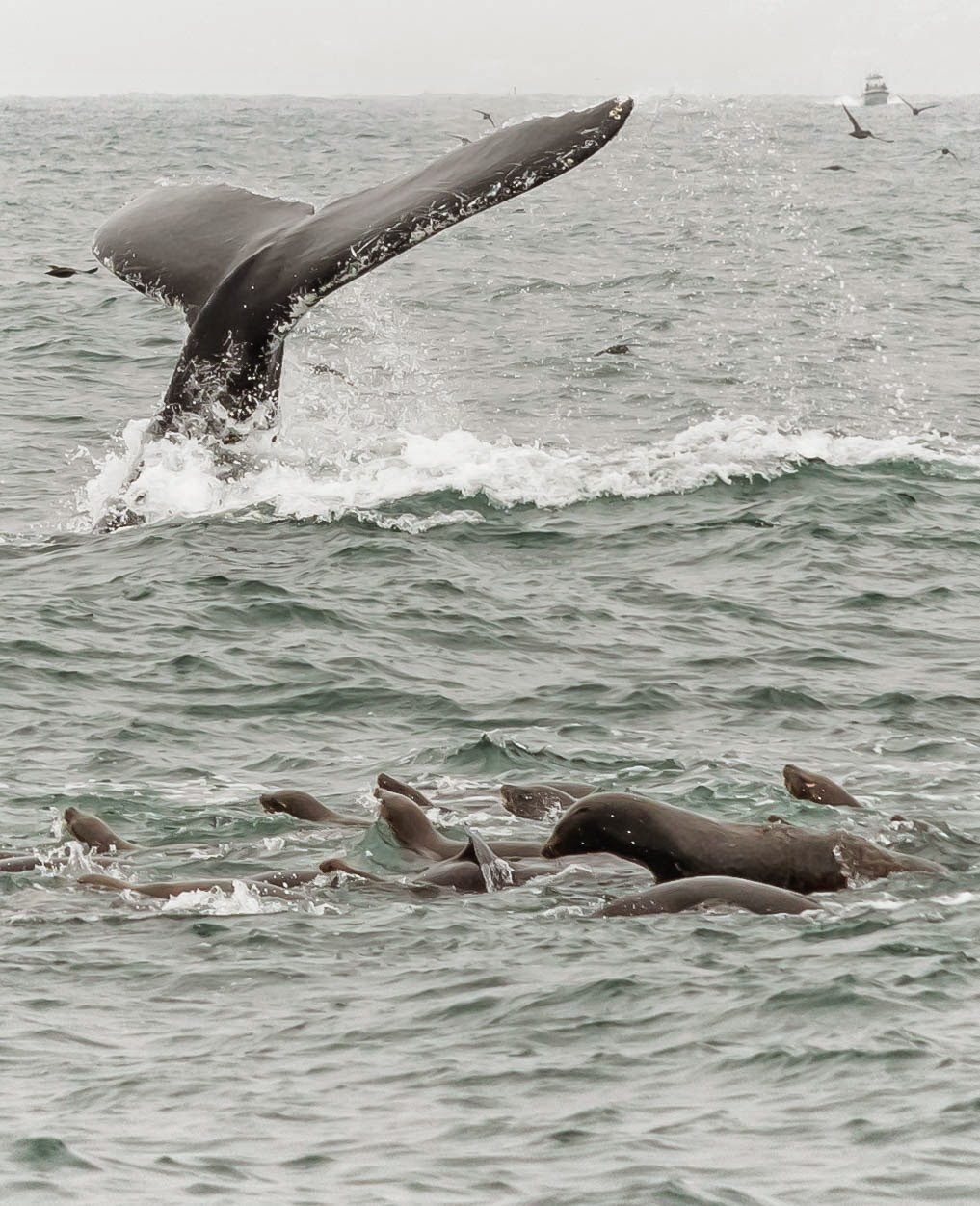 We learned to time the whales based on the up-welling of sea lions. When the whales dove the sea lions would also dive deeper. As the whales started their ascent, the clues we saw on the surface was a frothing mass of sea lion activity as they surfaced ahead of the whales. 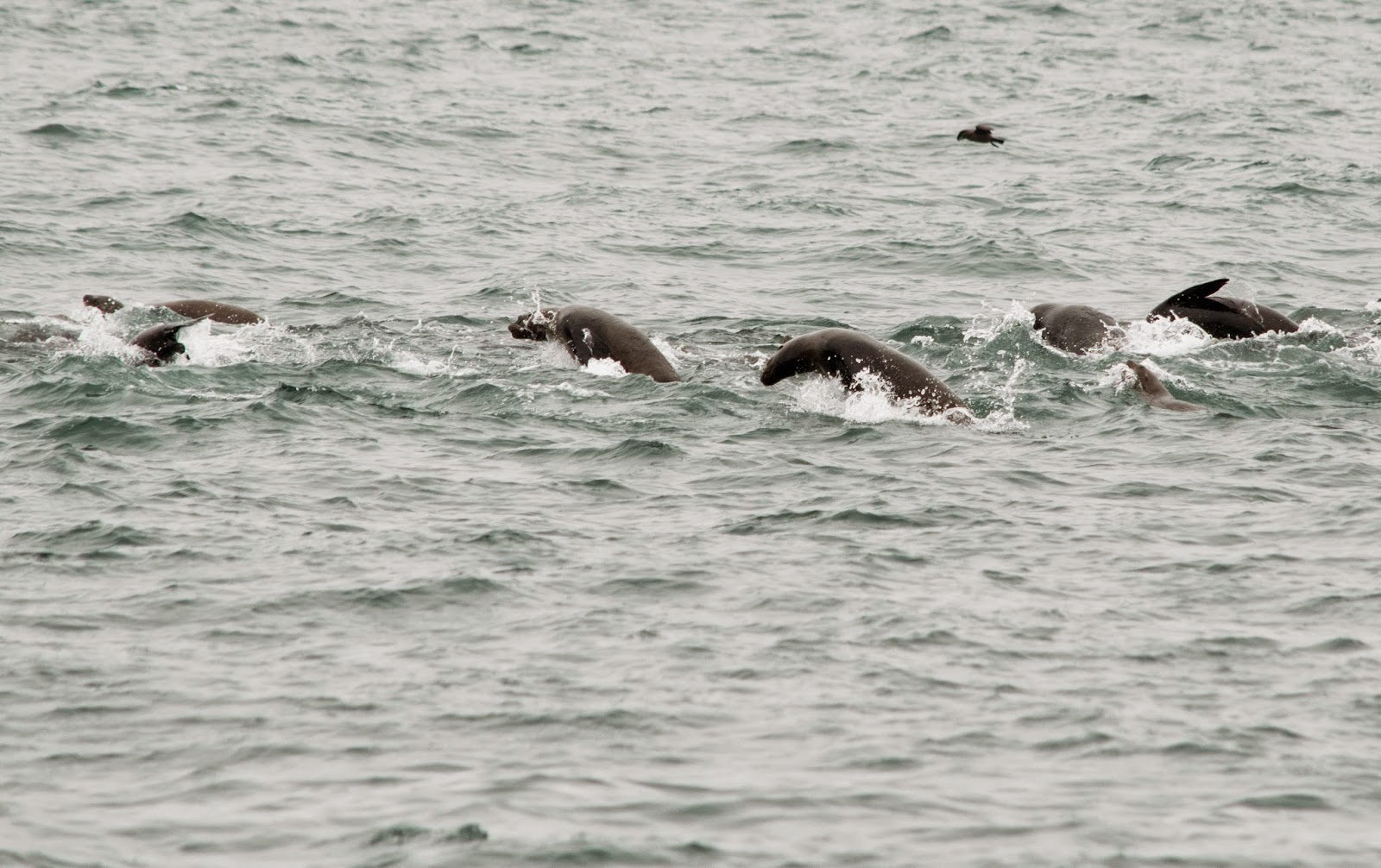 After a good thirty minutes with the whales (and Colleen successfully taking over 200 photos in addition to not vomiting for once), it was time to head back to the dock. 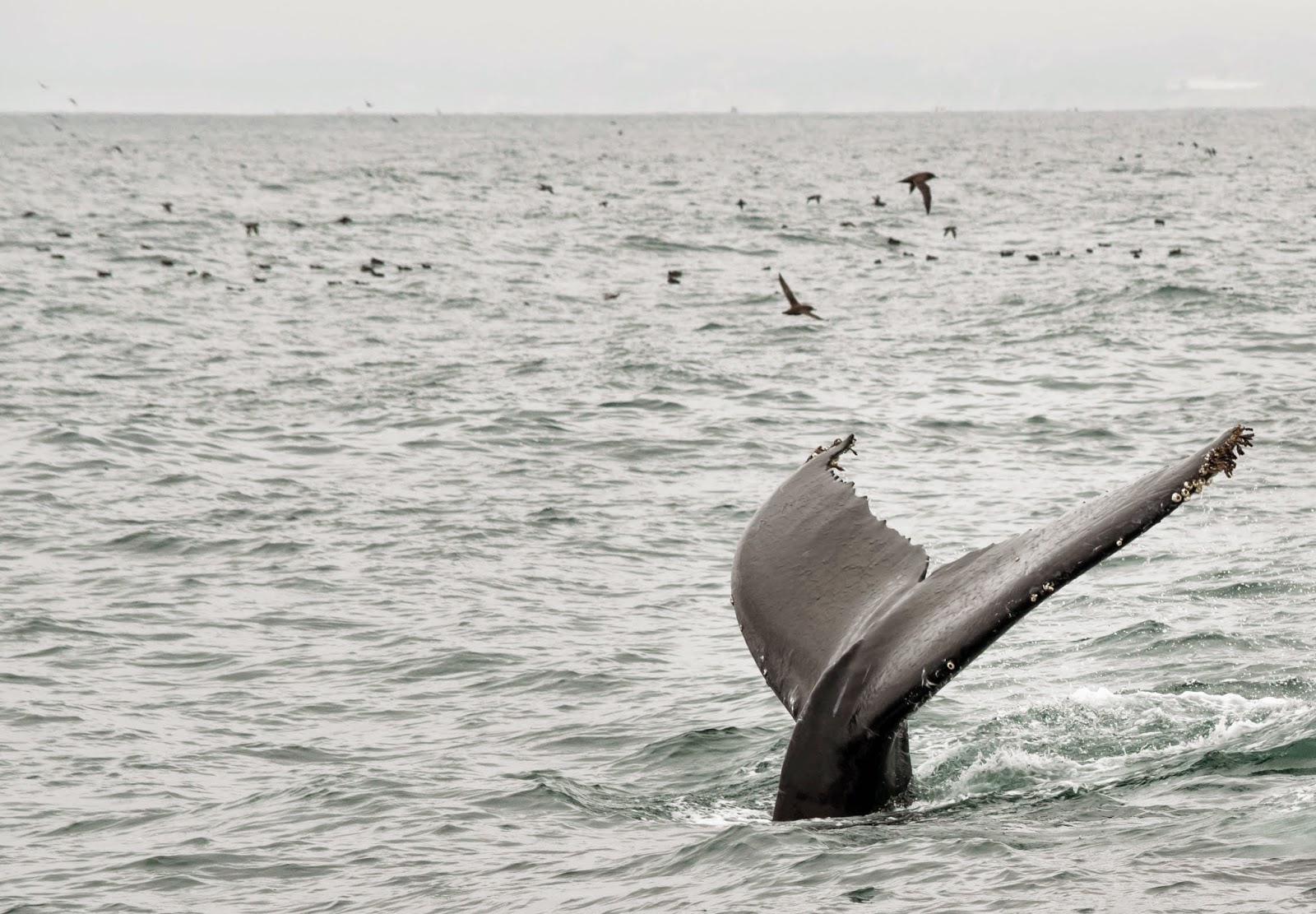 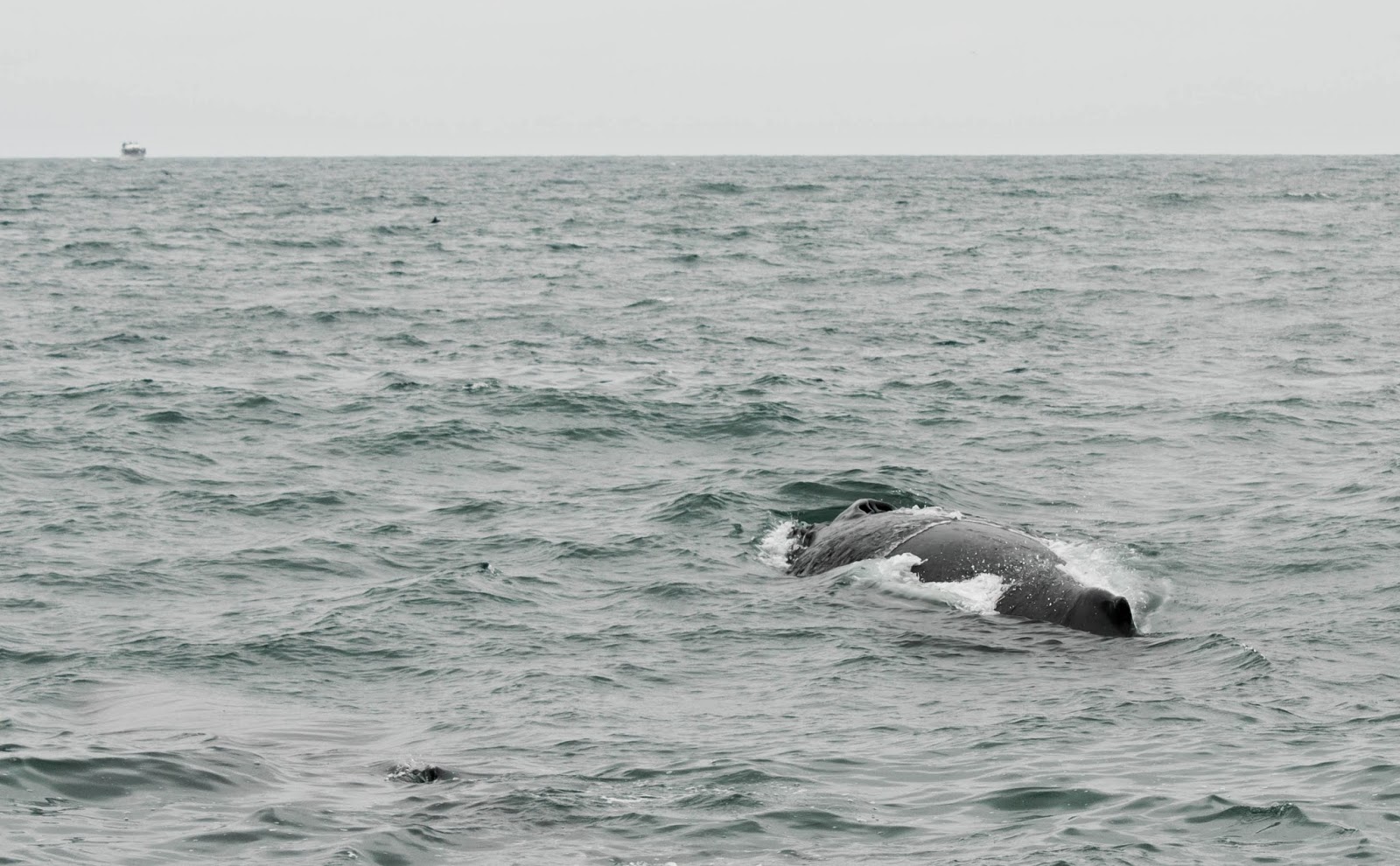 And since we still had half an hour left on our parking meter and Colleen spotted an otter close to the pier, we hung around to take a few more photos. 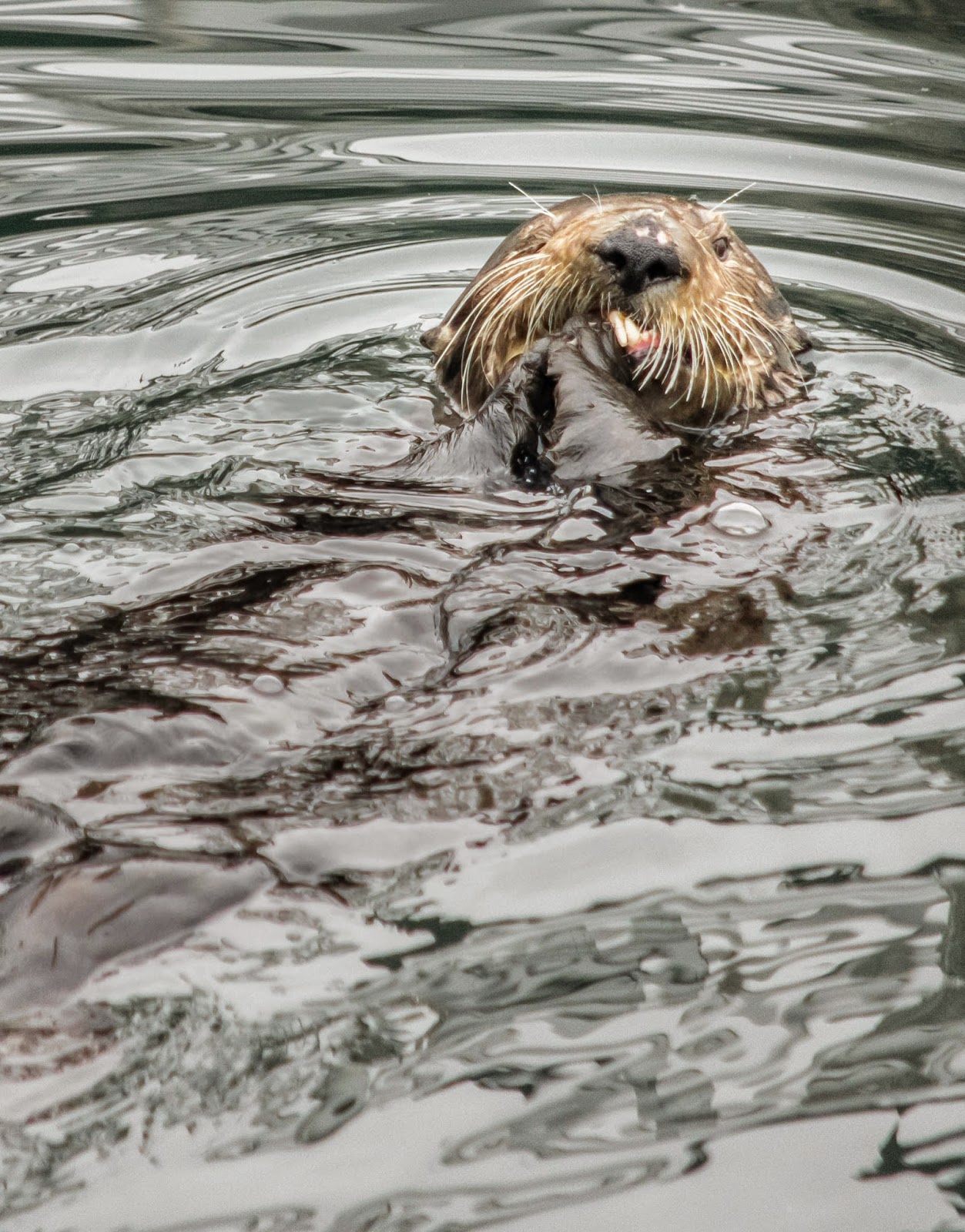 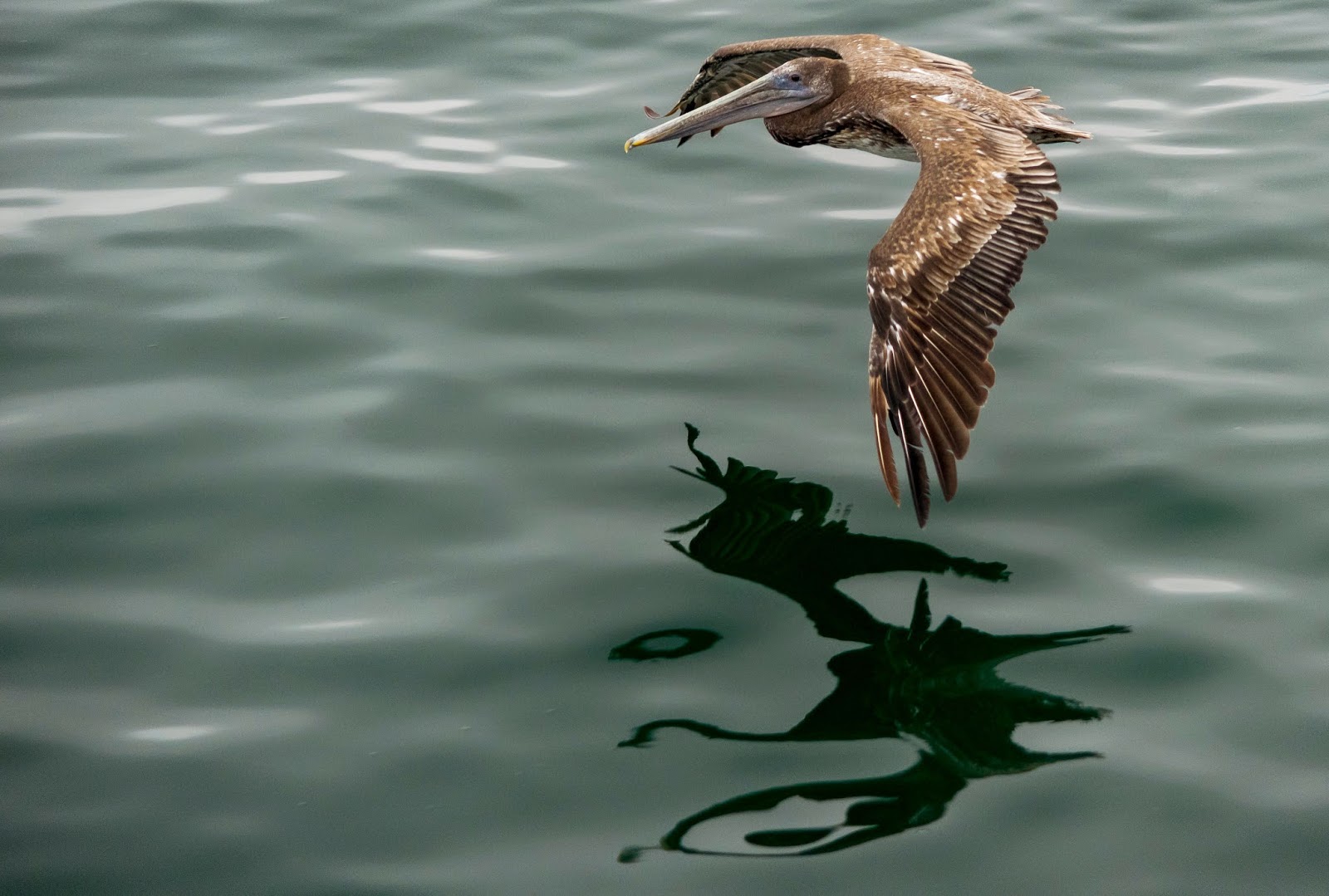 All in all, worth the trip and the reminder to ourselves to not take life in California for granted, and opt to spend the weekend at home, when the whales make the news.

Posted by Colleen Speed at 5:44 PM