Bolivians are not foolish with their money, so it's appropriate that our trip there was a Rube-Goldberg-esque multi hop trip, all in the name of cheapness. Let it be known that both of us flew to Bolivia for the price of one ticket, saving us $1,500 - worth it!

We started by taking transit to SFO to catch an overnight flight to Newark, NJ. This airport has a nice food court, even at 5AM, which included a glorious shake place that makes cucumber-spinach-celery-hippie-smoothie. Very good for a sleep-deprived traveler.

Next was a short hop to Ft Lauderdale, FL. Basically nothing happened.

Once landed, we got our checked luggage and took the free shuttle to the Tri-Rail. Despite a sign that said "SOUTHBOUND TRAINS BOARD ON TRACK 1" and another sign indicating we were on track 1, the southbound Miami train pulled up to the other side, giving us the chance to run, Amazing Race style, across the tracks to catch it. Train boarded, we rode past what I hope is the most abandoned and graffiti'd part of Florida (otherwise there be problems in that place). In Florida's defense, San Francisco's East Bay looks pretty bad from the BART transit too, so maybe it's a thing.

We hopped off the train at the end and took another shuttle to one of the three Miami terminals. The person at the desk laughed at me when I asked if there was a tram to get between terminals, so we walked around. After checking in and getting through security, we had 2 hours to eat and hang around.

During that time, Steve found a random pile of Bolivianos. It was around 7 Bolivianos, a which point Colleen messaged Karen to find out what we could buy in Bolivia for less than a dollar US (Exchange rate is around B$7 to $1US). She informed us that we could have 3 Micro - bus (pronounced mee krow) rides or a dozen bananas. Score. 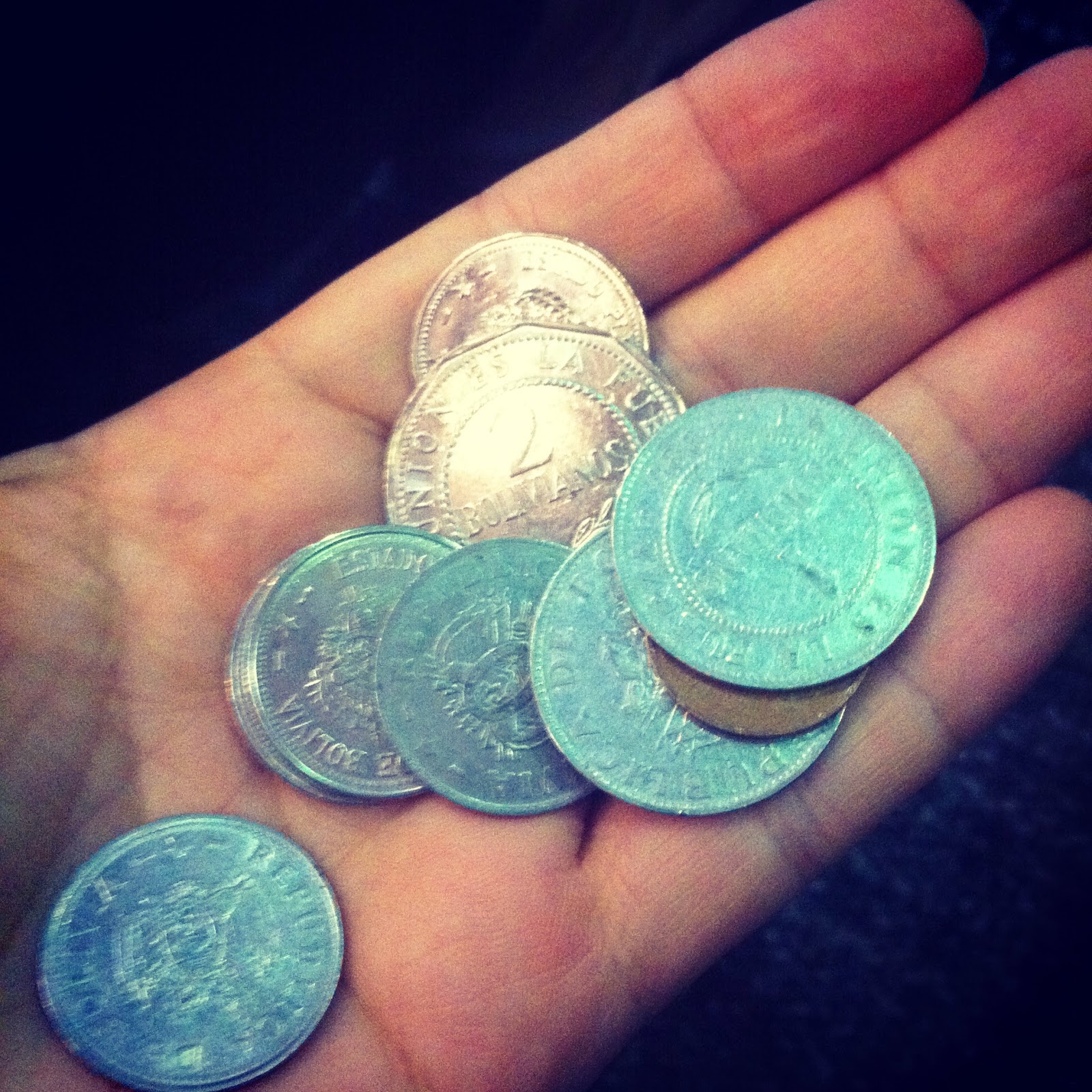 The terminal filled up LIKE CRAZY because of a flight to Germany. It must have been an A380, because there were between 800 and 12000 people boarding that single flight. Our flight, luckily, was pretty empty, so we got 3 seats to ourselves and could get some sleep. Also, they fed us. Copa airlines seems to treat you better than United ever has.

Landing in Panama was uneventful. We did notice the difference between Latin-American and Western culture. At a "last call for flight A844", a family of 6 called from way down the hall, and sauntered, unhurried over to the gate. The attendants didn't seem to think they should move any faster either. We could get used to this.

We flew past an enormous thunderhead on this last leg, with lightning lighting it up across the sky. We didn't take any pictures, but it totally happened. There was one moment where lightning forked out from the top of the thunderhead and at the same time, lighting within illuminated the cloud, AND a shooting star streaked over top. One of those epic moments you realize how frail and insignificant the human race is compared to the dynamic forces of the planet and the universe.

Steve wasted it on sleep.

Having landed and made it through customs, Karen Connections (TM) had arranged a family member (Karen) and a cab driver to meet us at 4AM. We piled into the hatch-back, and were driven across town. Silly things like seat belts were not to be seen. Stop signs and stop lights also seemed to be optional for many of the other drivers. We arrived, safe and sound, to the couch-bed that Karen had bought for us - that day. 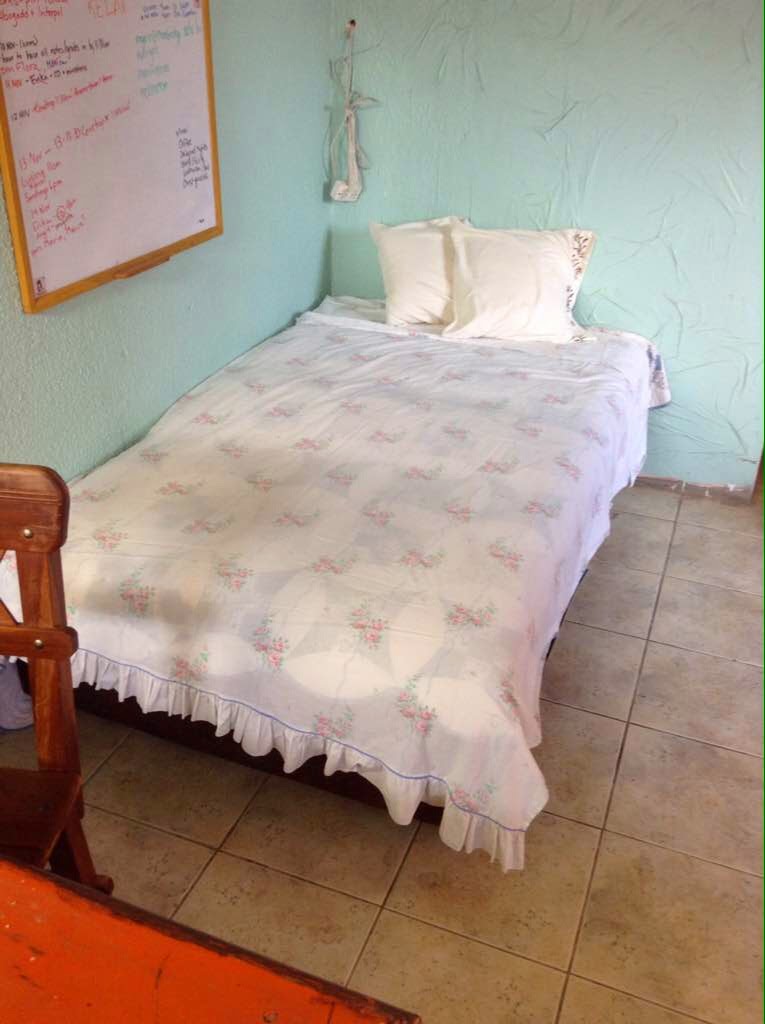 The price of us crashing at Hostel de Karencita was chocolate. Lots of chocolate. 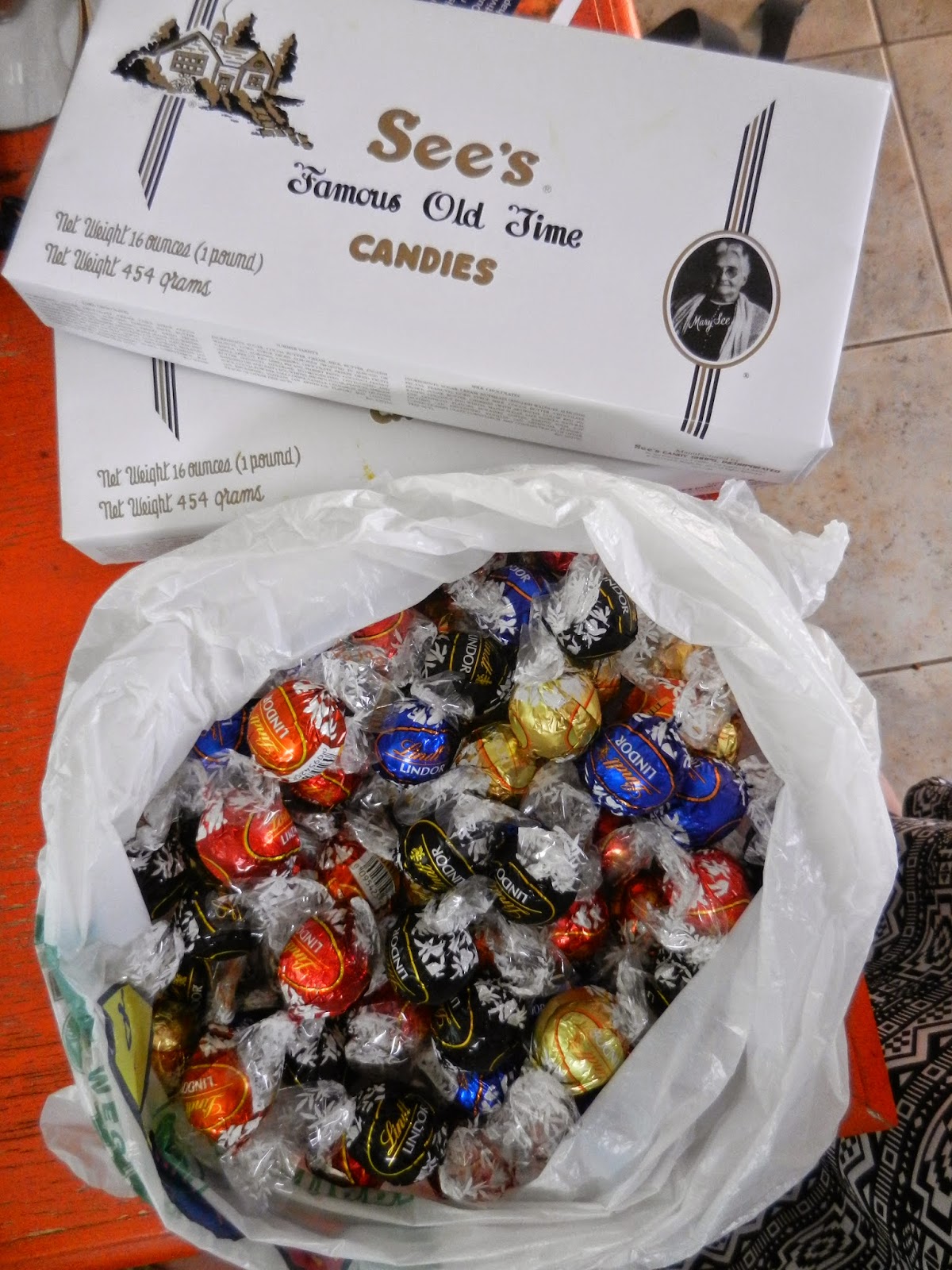