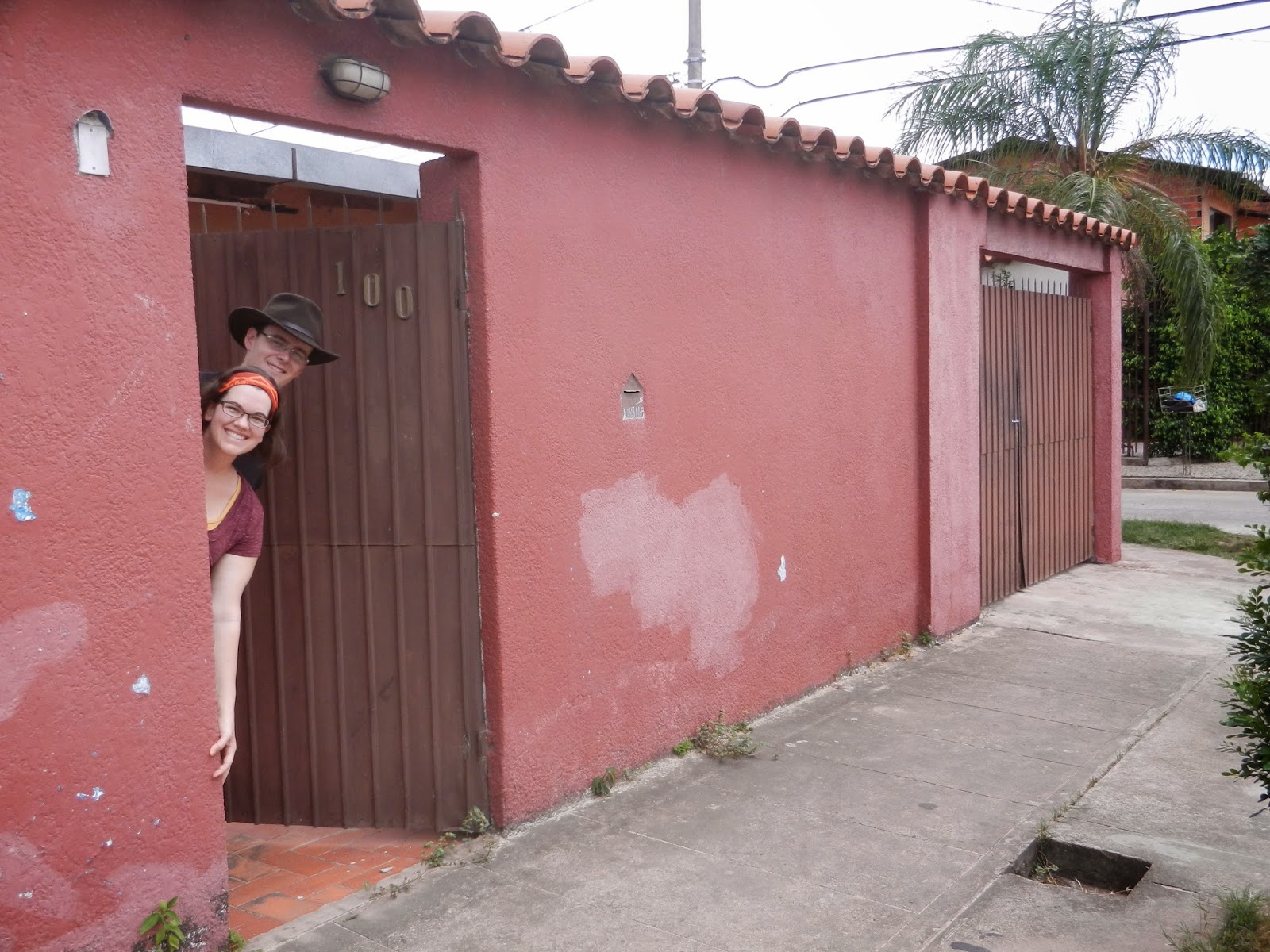 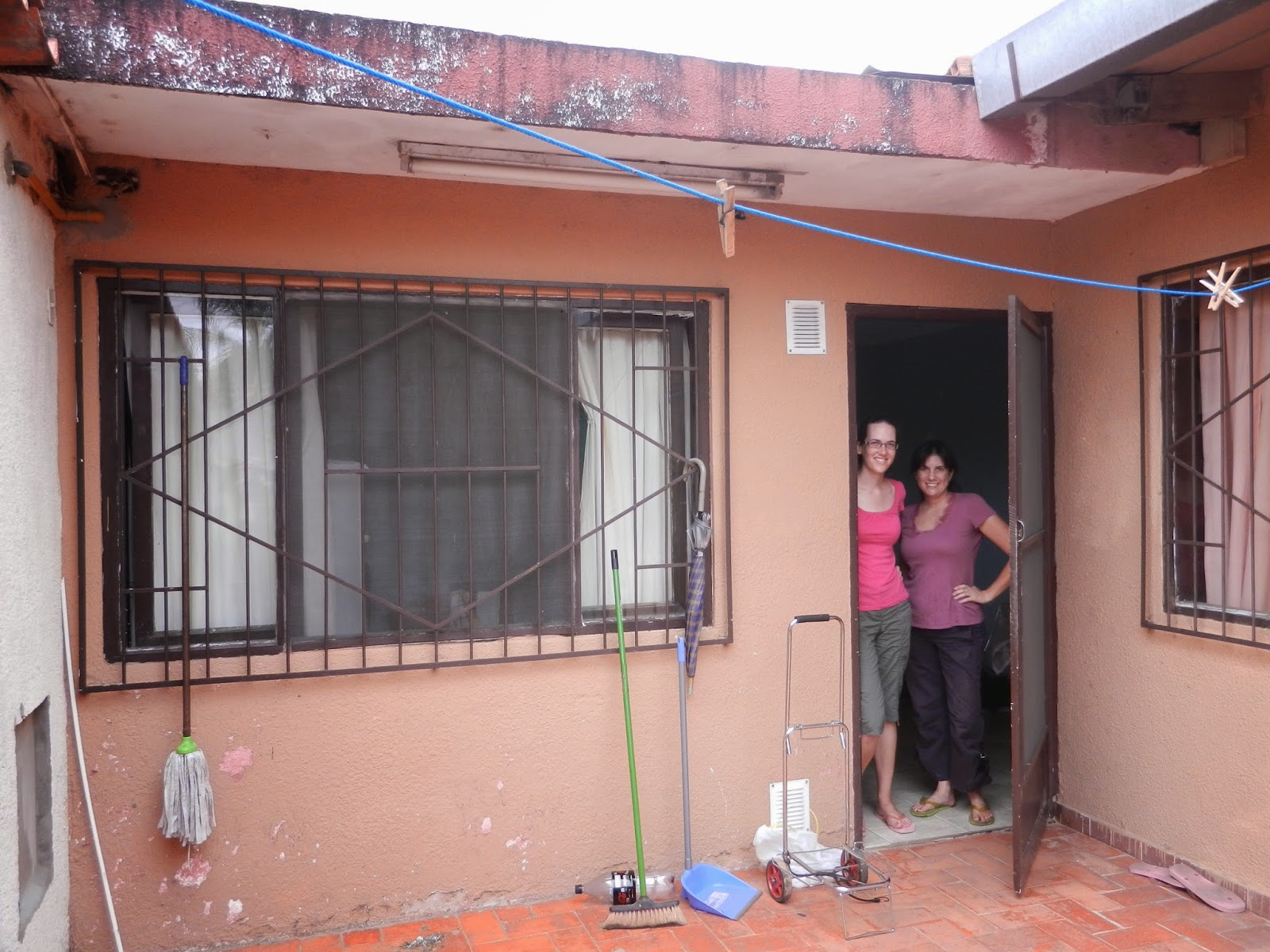 We have a surprisingly refreshing air cooler fan thingy that takes ice cubes and puts out coldish air. As weak Westerners with no resistance to the heat, you can steal this fan device from the gracious hosts. First though, have a shower to cool off so you don't have to go to sleep all sweaty. 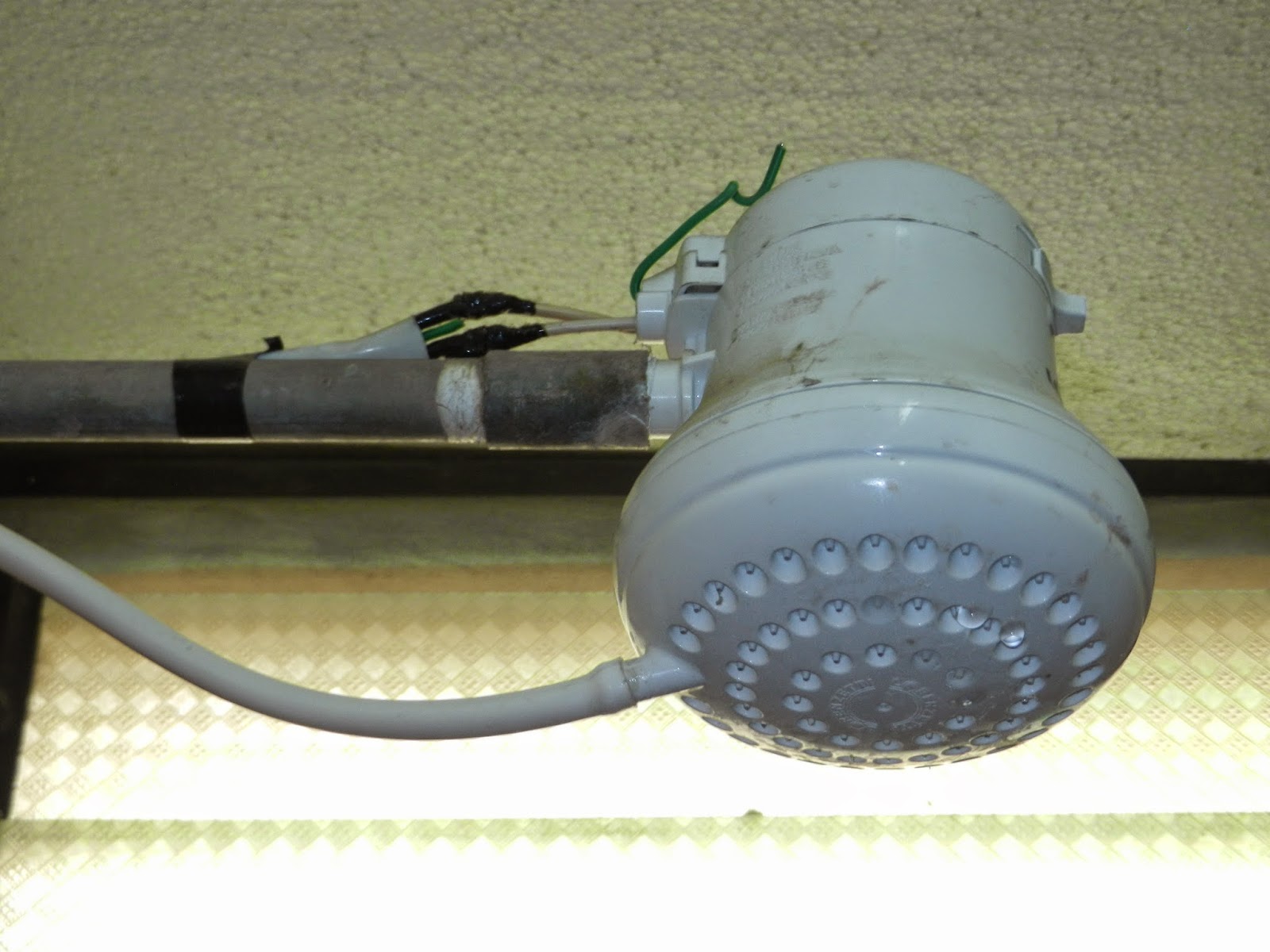 There's a switch on the shower head to turn on the BUILT IN ELECTRIC HEATING ELEMENT. While showering, touch the top of the unit while attempting to change the temperature, and you'll get a refreshing shock (like Colleen).

Go to sleep to the serenade of the neighborhood security/street dogs barking at [each other, wind, cars, the sky, anything else]. Get an early start with our complimentary (and mandatory) rooster calls.

Have a nice morning snack and a healthy dose of Vitamin C with an Achachairú. Cut in half, and suck the fruit off the seed. Tastes vaguely like a Sour Patch Kid. Delicious. 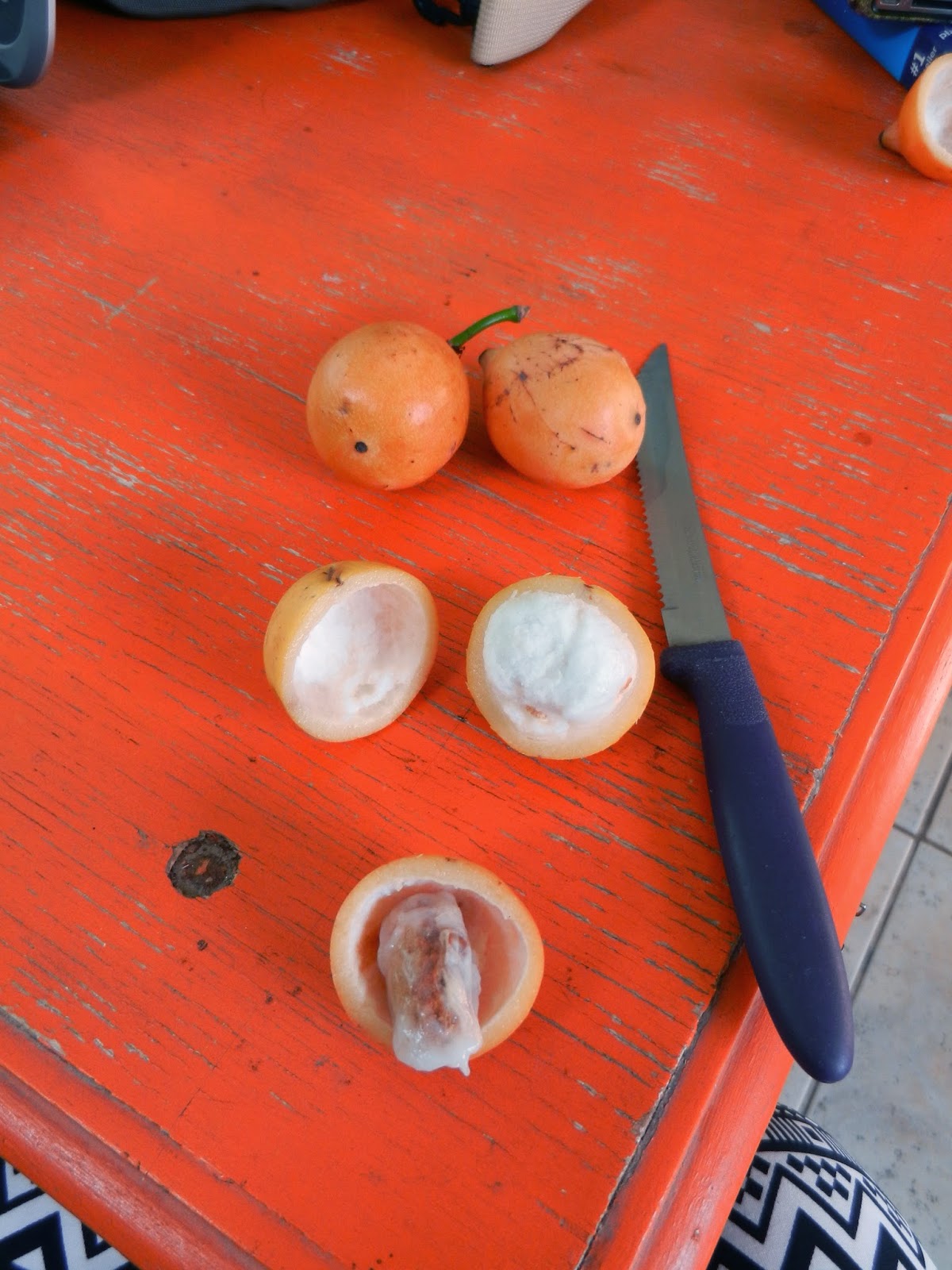 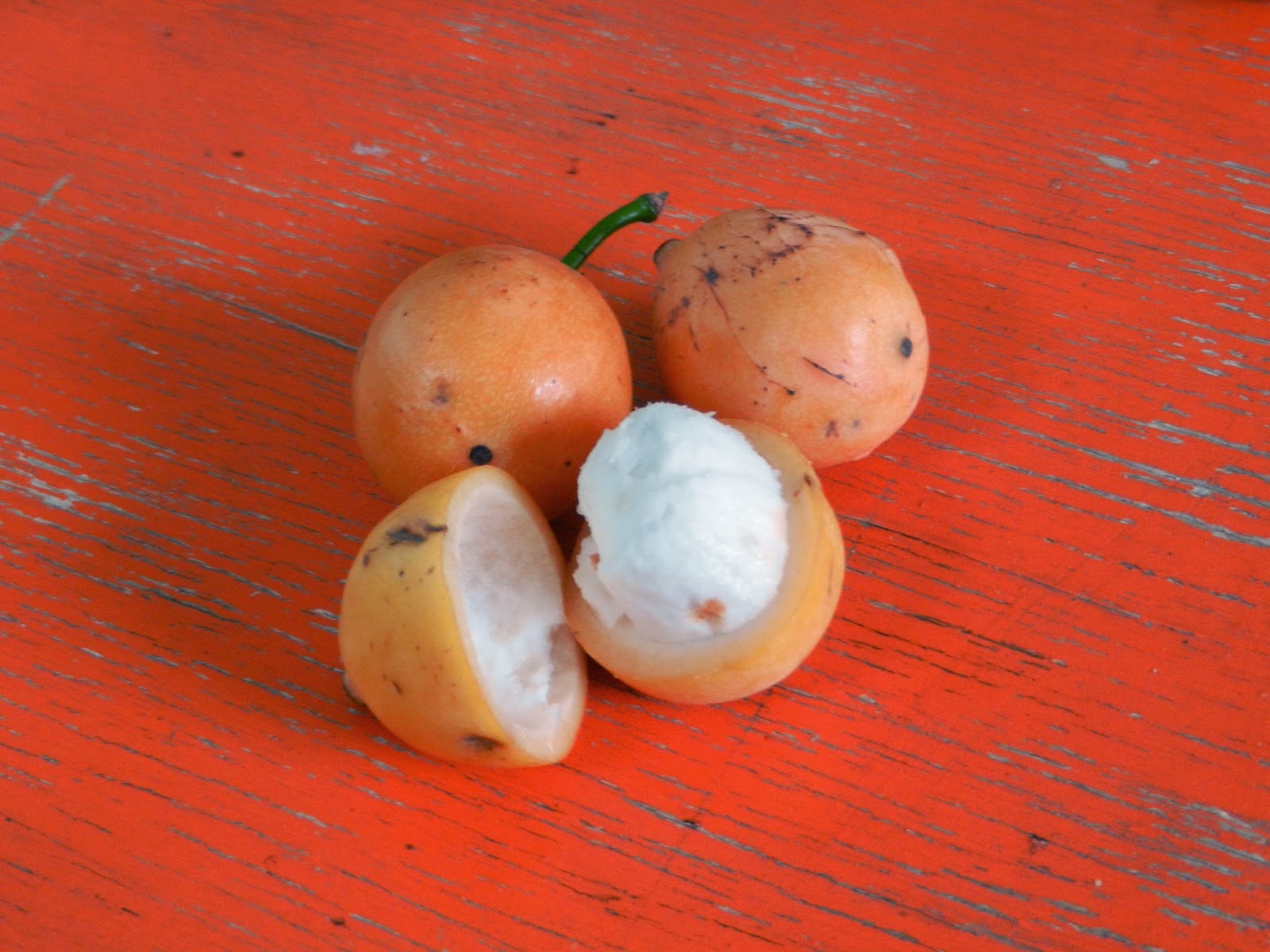 Then it's time to go to the grocery store to get some bacon and snacks. You might also want to check out our local market. To Americans, this is more like a combination farmer's market and flea market. It's got just about anything you could want, from chicken feet to laundry detergent to a cobbler for on-the-spot shoe repair.

Your host can introduce her to some friends who have shops at the market and you can learn how to be greeted by touching cheeks on the right side.

You can walk there and back. The streets will look like an adult version of go-carts, and crossing them will essentially be like playing Frogger. You're good at Frogger, right?

There's also the handy Micros (pronounced mee-krows), which are the local buses. Simply stand on the side of whatever street it's coming down, wave, and it'll stop. If you happen to be over 5' 5", try to get a seat, or enjoy a invigorating half-crouch-death-grip on the roof handles. Regardless of height, be amazed at the drivers, who drive a passenger-laden bus through medium-level-chaos streets, take fees and give change, and will still hear a lady at the back of the bus request a stop by quietly speaking "pare por favor".

When you get back home again, have a nap. It's too hot in the middle of the day, so make like the locals do and take a siesta.

Repeat these steps a couple times, and you'll be recharged from your flights and ready to begin your ascent to La Paz's heights.

What a fantastic life, we are loving seeing parts of Karen's daily life and experiencing the culture beyond being a tourist.

Posted by Colleen Speed at 2:16 PM