Of Wifi and Chocolate

Our morning began with coca tea and tingly feet and hands, a side effect of the altitude medication we were taking. We had breakfast of oatmeal, a scary looking unknown fruit that tasted like beer, and our regular coca tea. 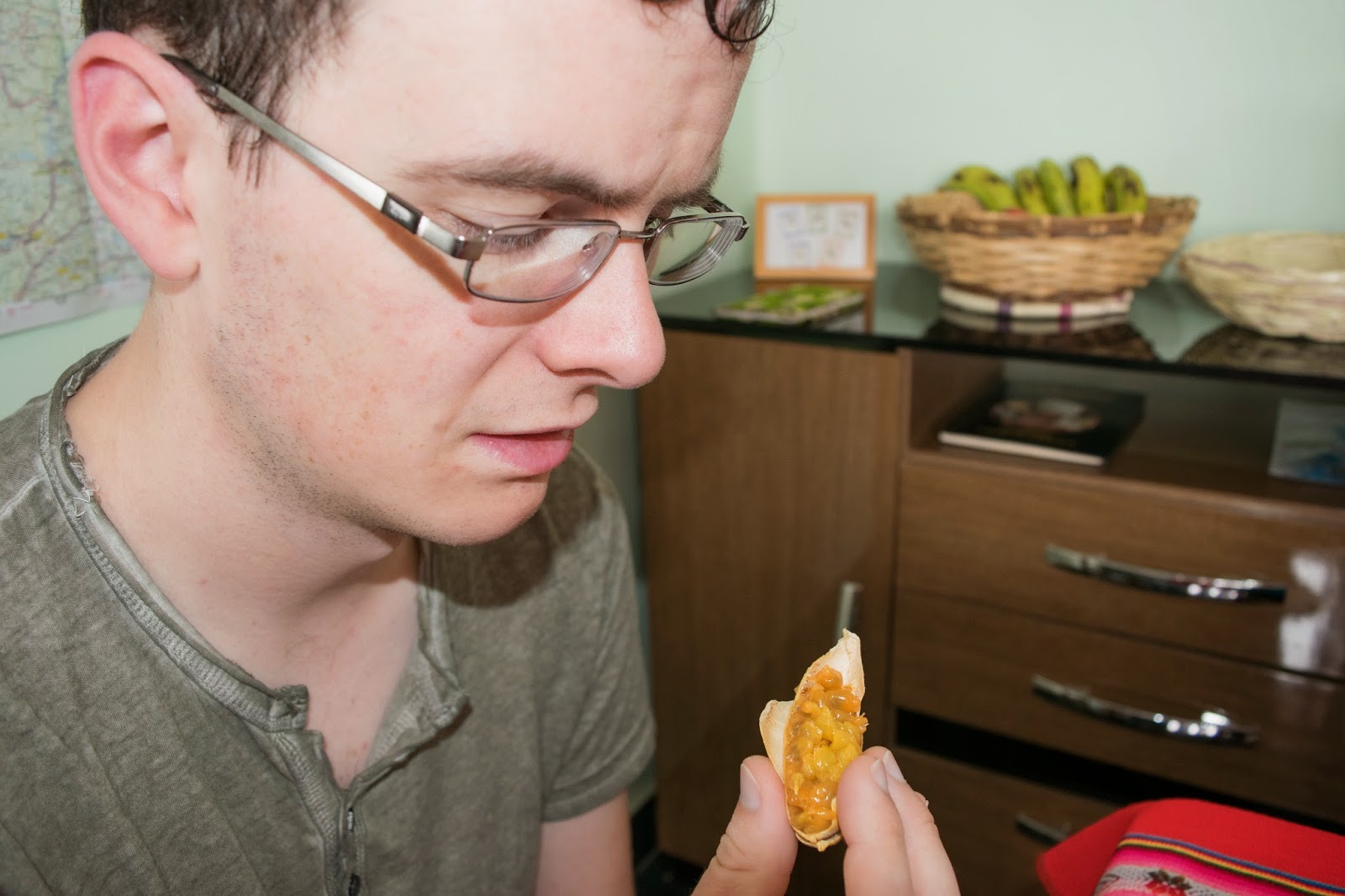 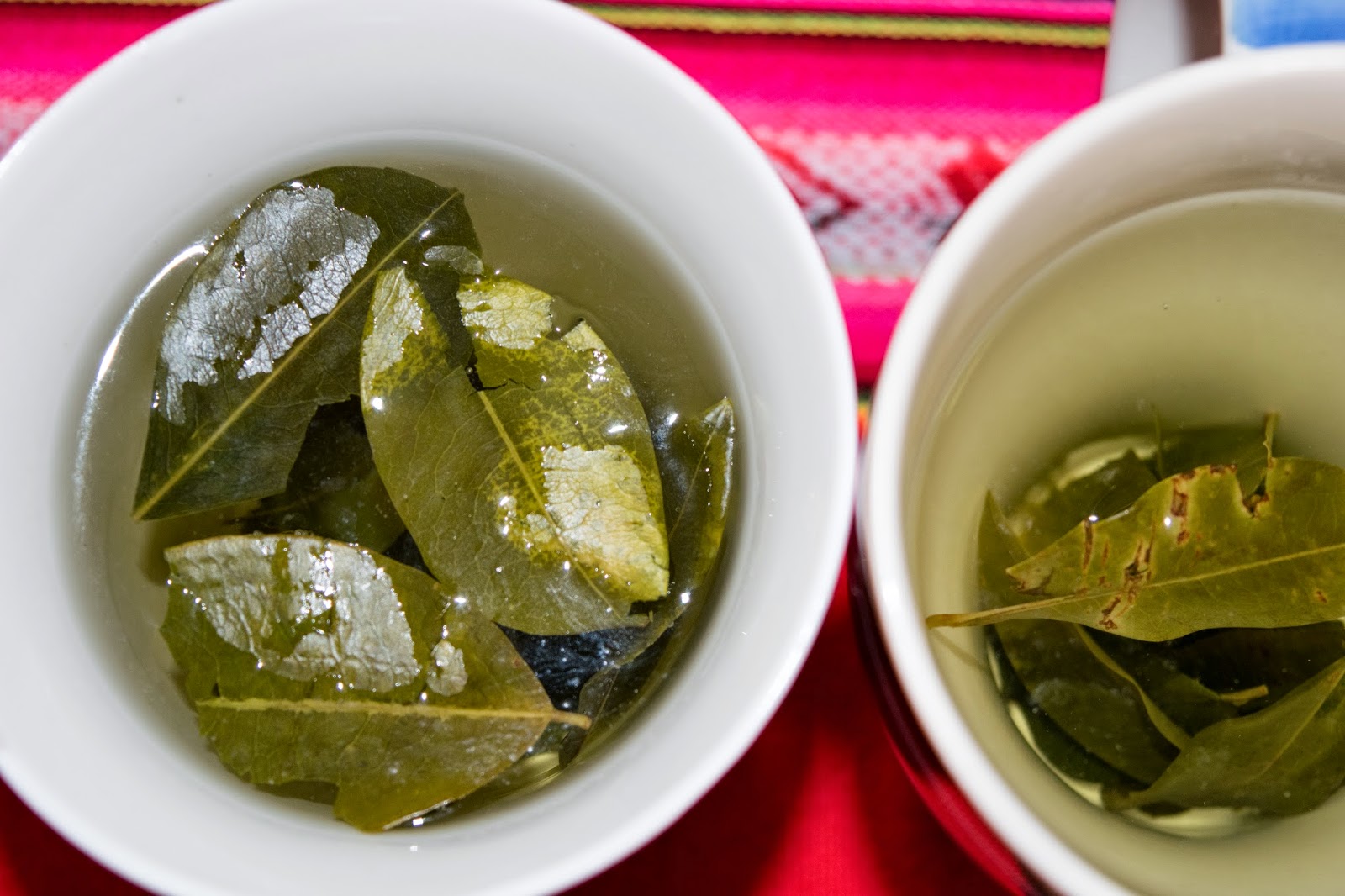 Since we all seemed to be adjusting well, we decided to try to get a plane ticket to La Paz. 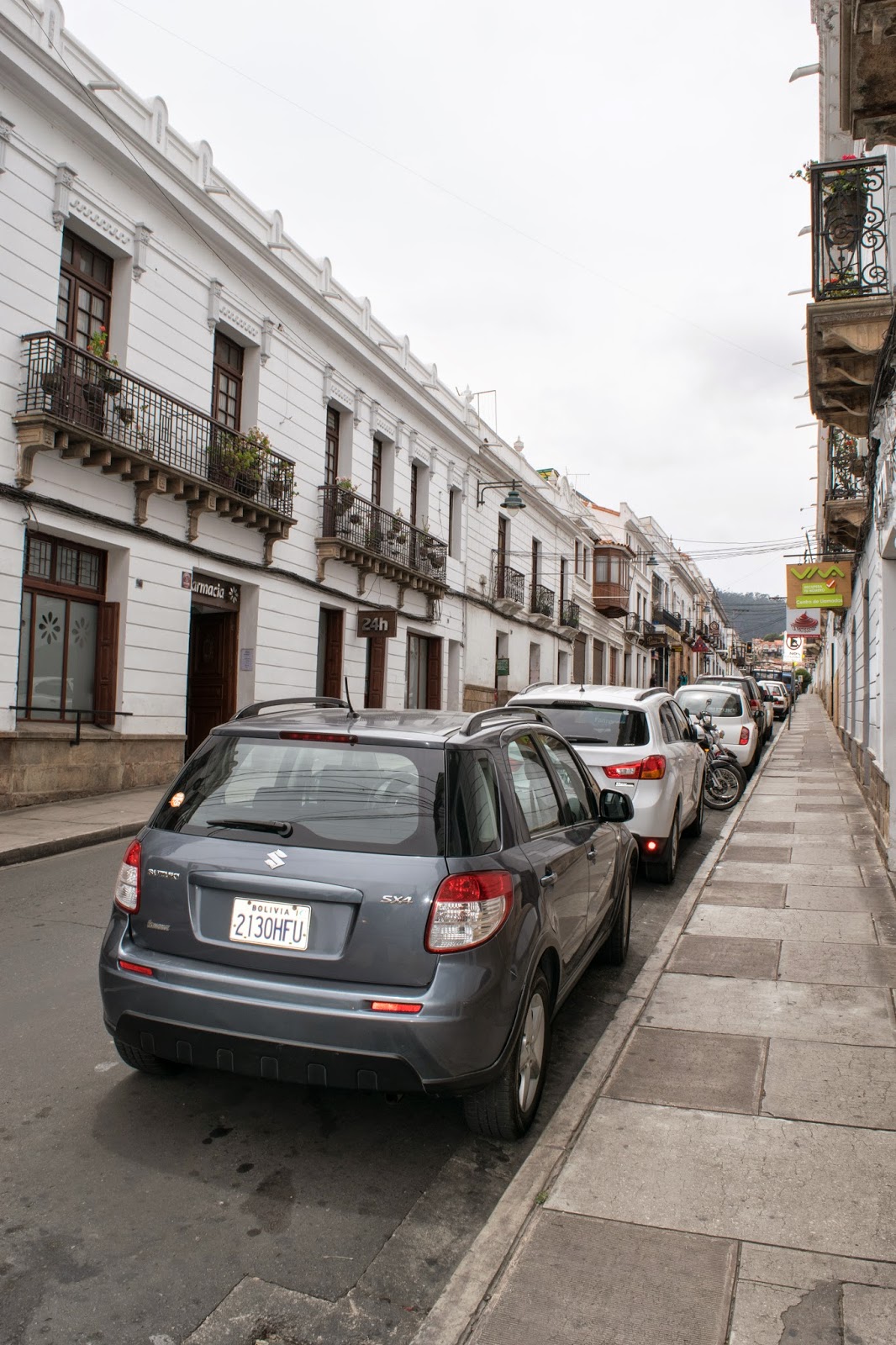 However it was Sunday so Amazonas was closed and the tourist agent we visited said all the flights for Monday were booked. Looked like we'd be spending 3 days in Sucre. 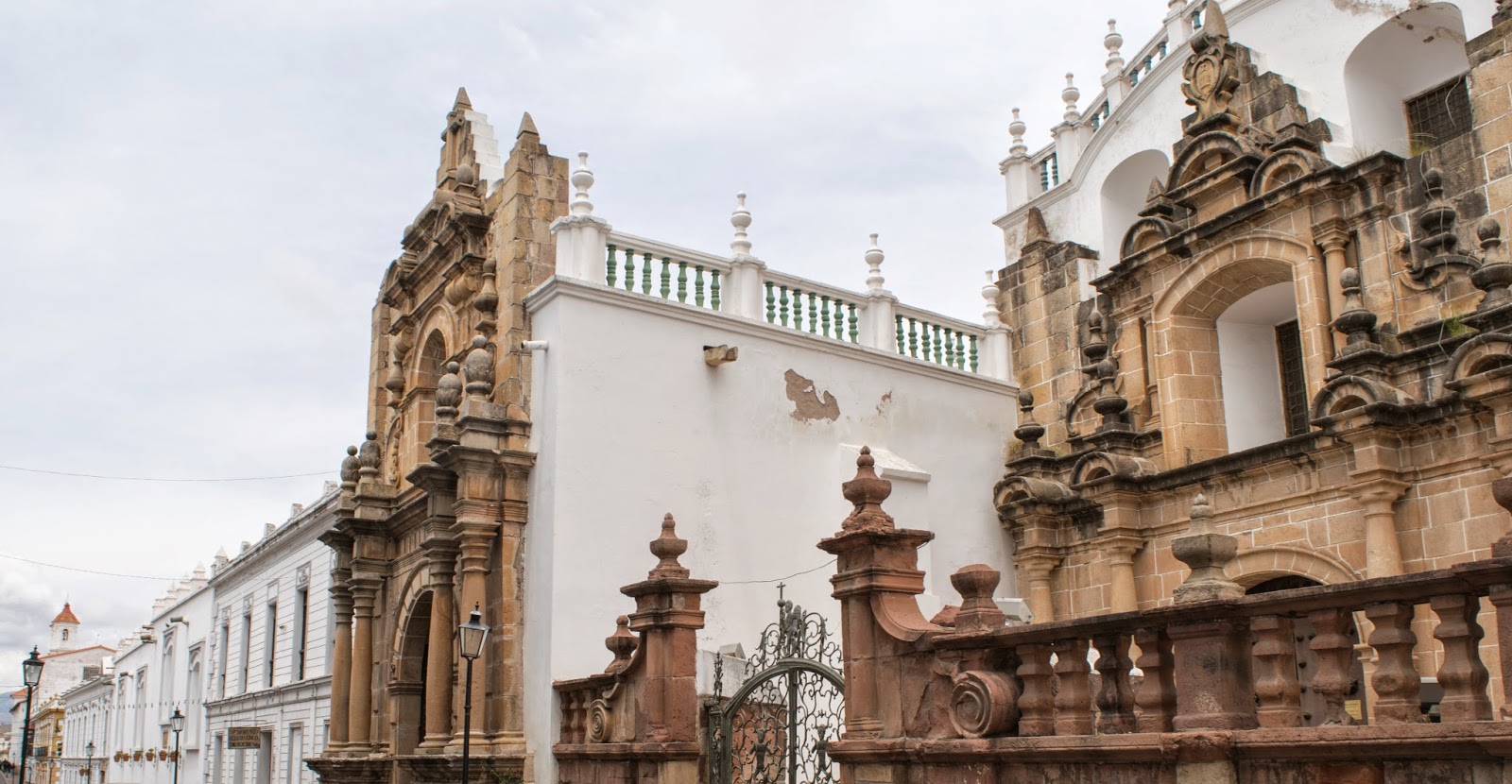 We found a coffee shop in Sucre with wifi, and stayed for hot chocolate and quinoa soup. 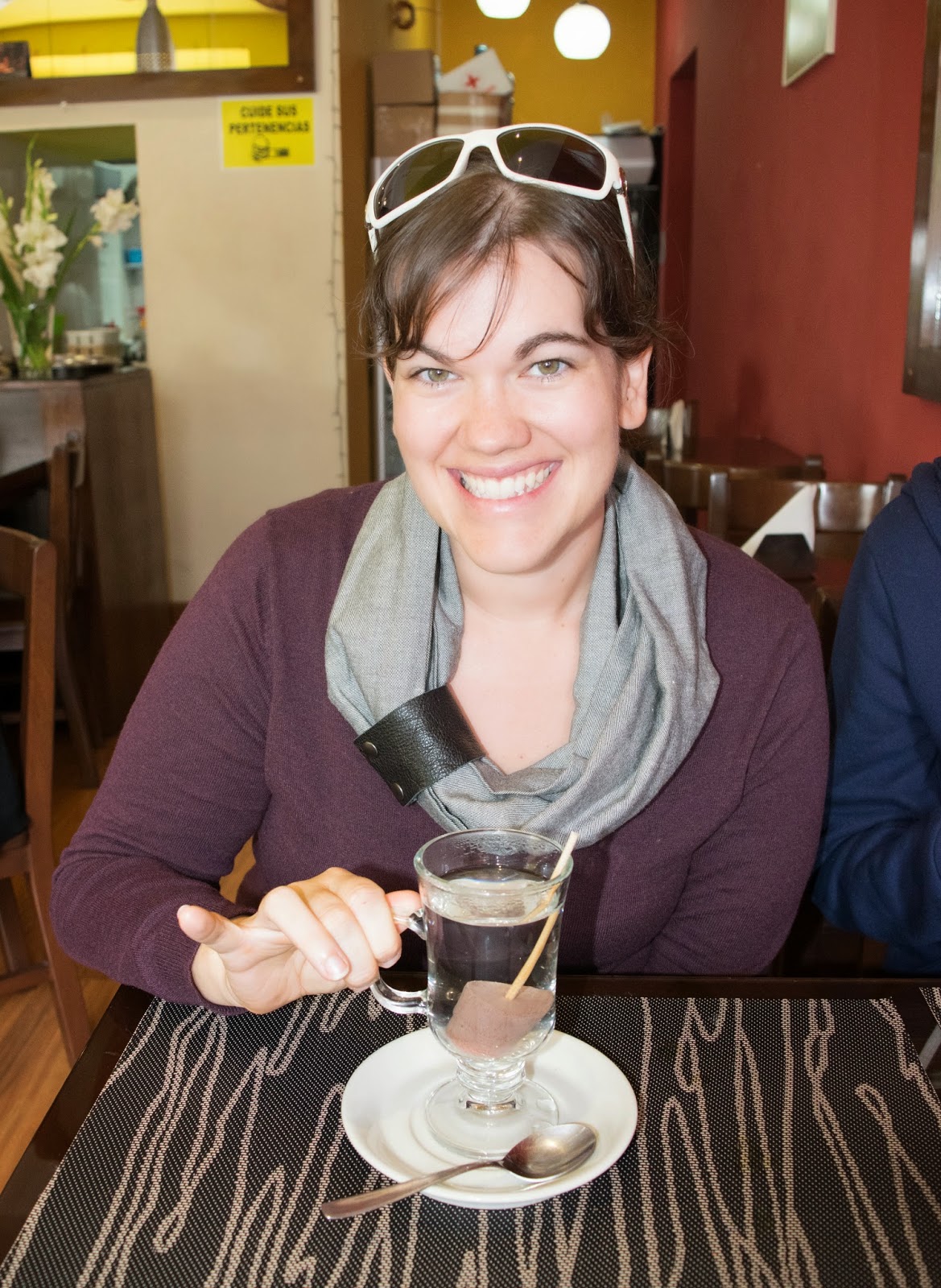 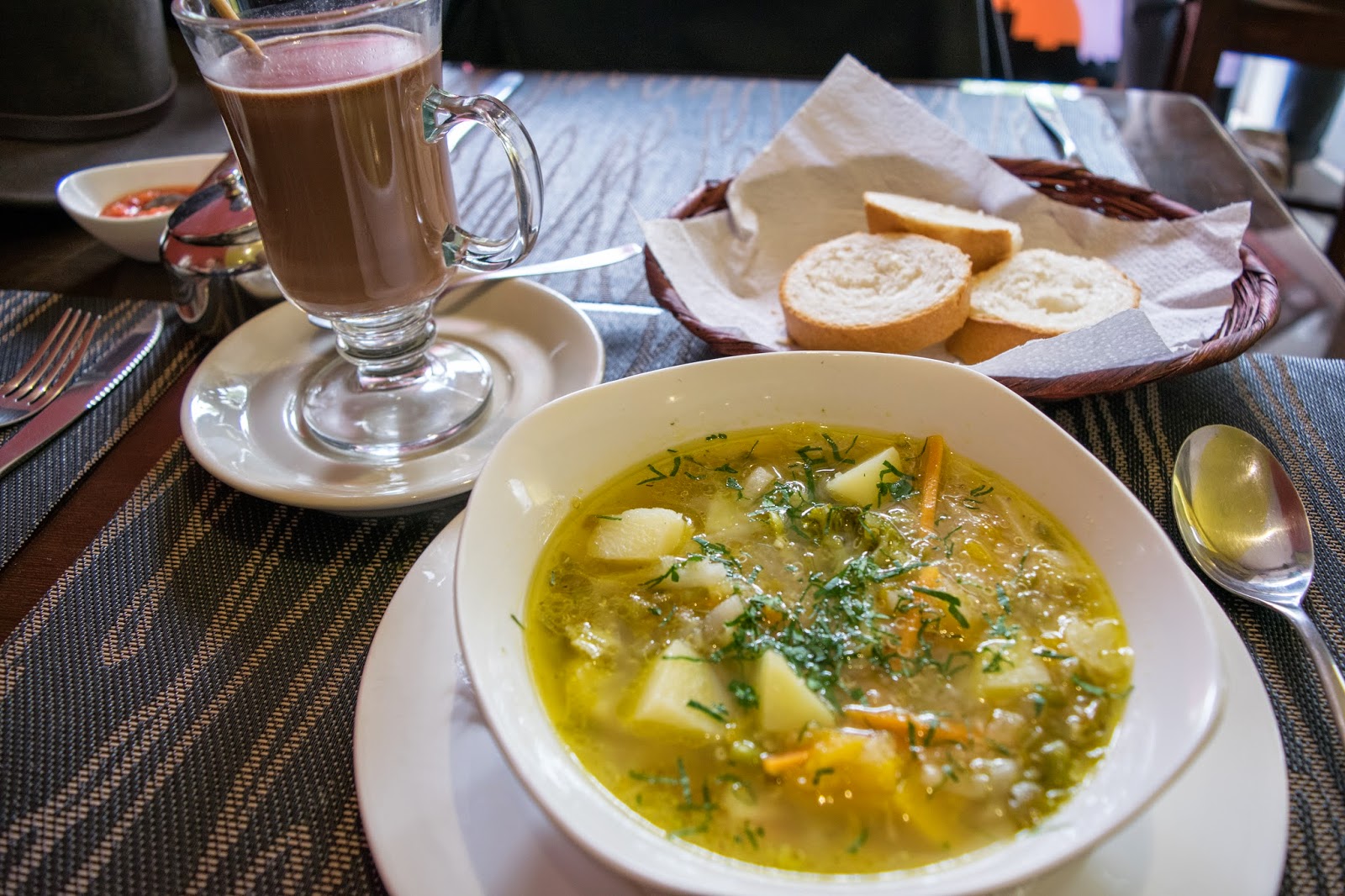 Okay, so we were there for because of the wifi (and chocolate) because we didn't believe the tourist agency that all the flights were booked (they were). We ended up booking flights with wifi while lunching. 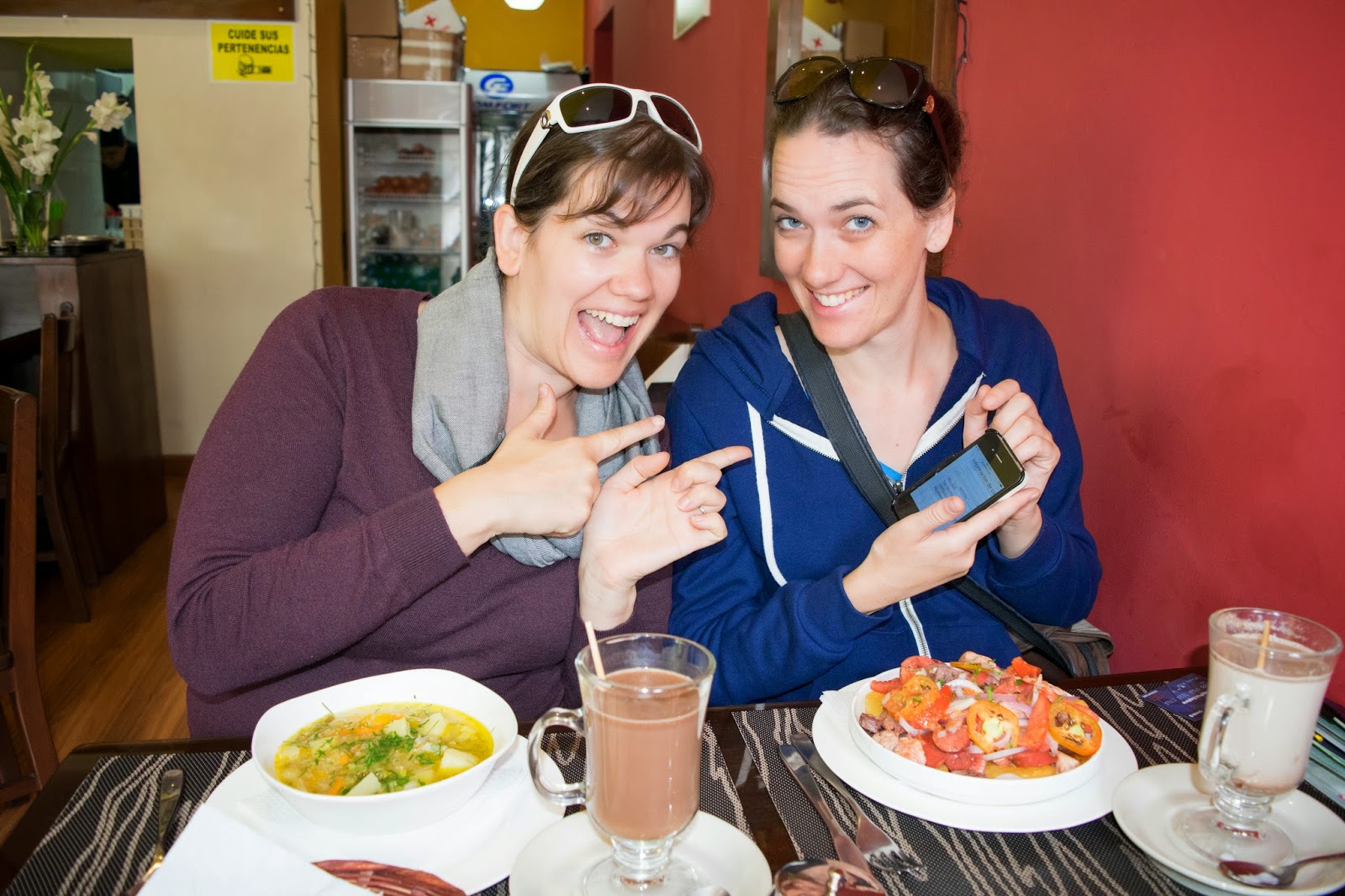 With an extra day to kill, we signed up for a one day hike with Condor Trekkers. It was a "simple" 10 km hike to some waterfalls where we could swim. We thought that sounded nice. Then we bought more chocolate.

Sucre is known for the chocolate it makes, so we didn't want to be rude by not eating a bunch of it.(Mission accomplished)

Steve and I decided to go out on our own to put the teaching of Karen (our fixer), combined with Steve's walking GPS metal abilities and Colleen's rudimentary language skills to the test. Our destination was the miradora, a lookout location that should have shown the entire city.

After waiting 45 minutes for Micro 7 which never showed, Colleen asked someone "Disculpe, donde es micro siete". With our vague understanding of the answer, plus some hand gestures, we knew we were in the wrong spot. Walking in the general "correct" direction brought us to a second lady. This time, the directions were (we think) to not bother with the bus and to walk 3 blocks up the hill.

Walking the 3 blocks up a steep incline that would make San Francisco weep, we had a better view of the city. Unfortunately, we were also in a very poor residential area. Huffing and puffing up the hill as shorter, older ladies zoomed past us, we attracted some looks. 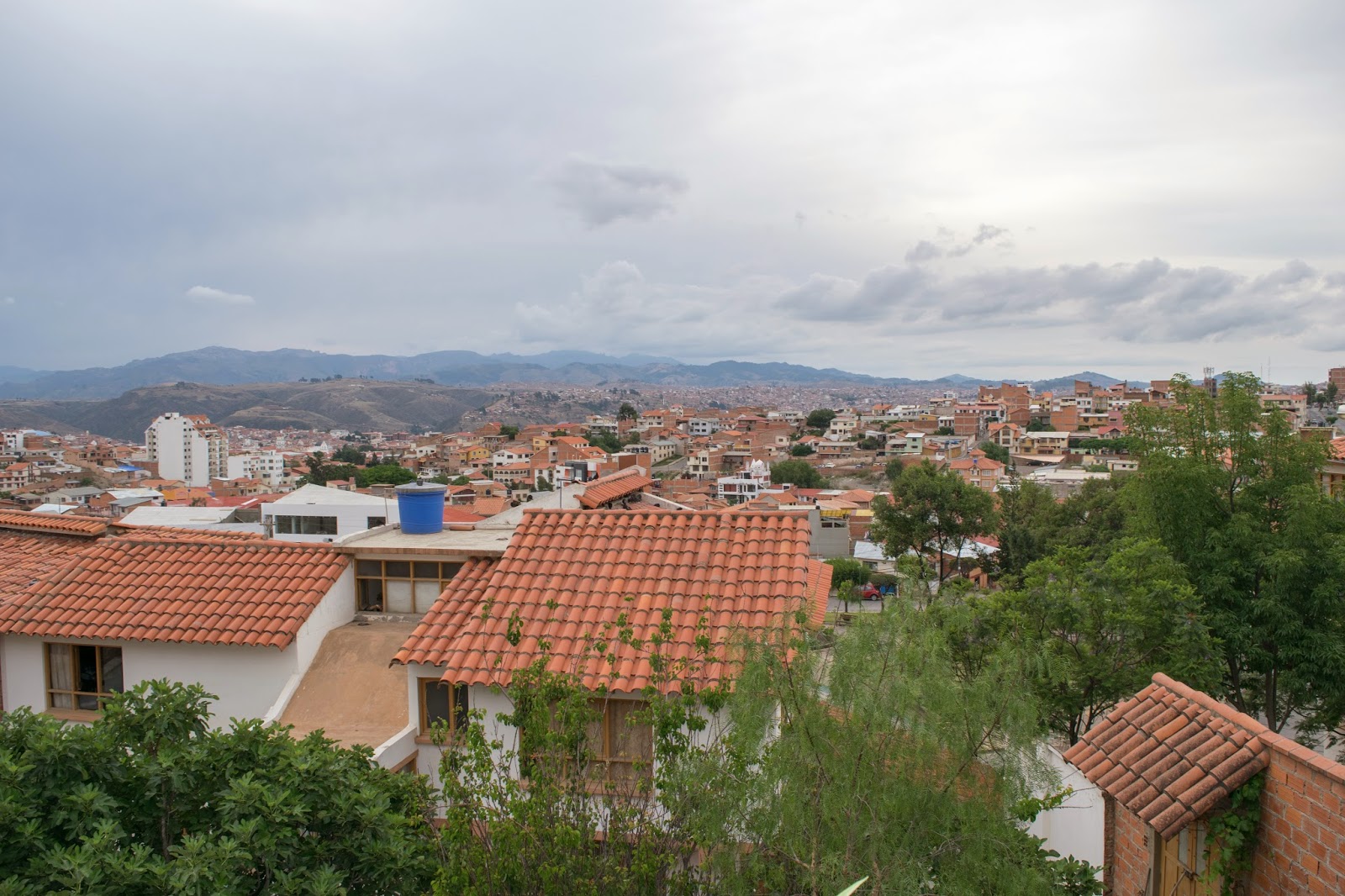 We took some photos at a place that seemed less sketchy and decided to abandon our search of the Miradora. We dropped off our stuff back at our place and took a micro to the city center for some hot chocolate and dinner (okay realistically we went for the wifi and chocolate again). 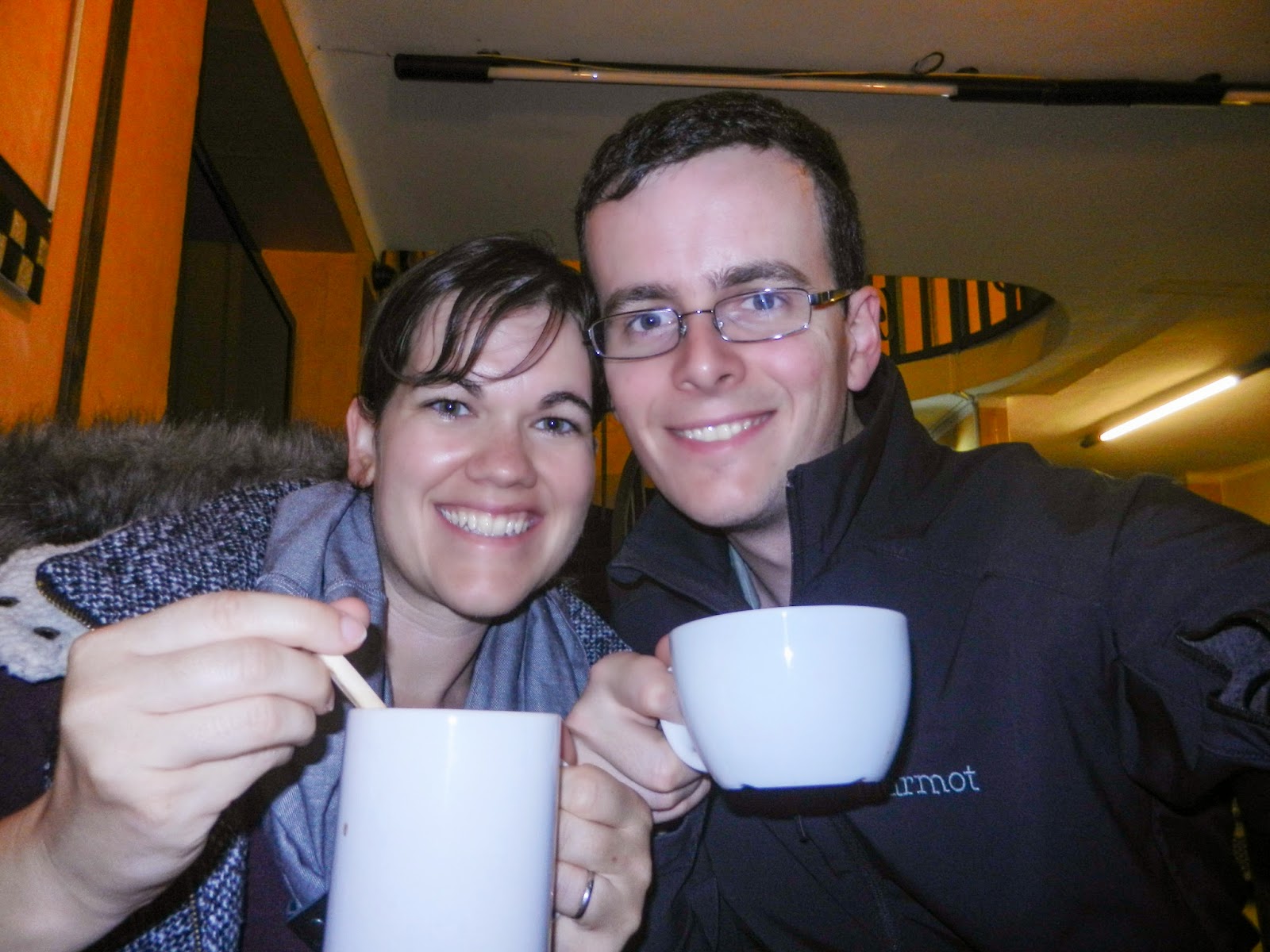 We successfully ordered all our food in Spanish, without Karen and were feeling mightily pleased with ourselves.

Posted by Colleen Speed at 5:28 PM