In an attempt not to die from altitude... 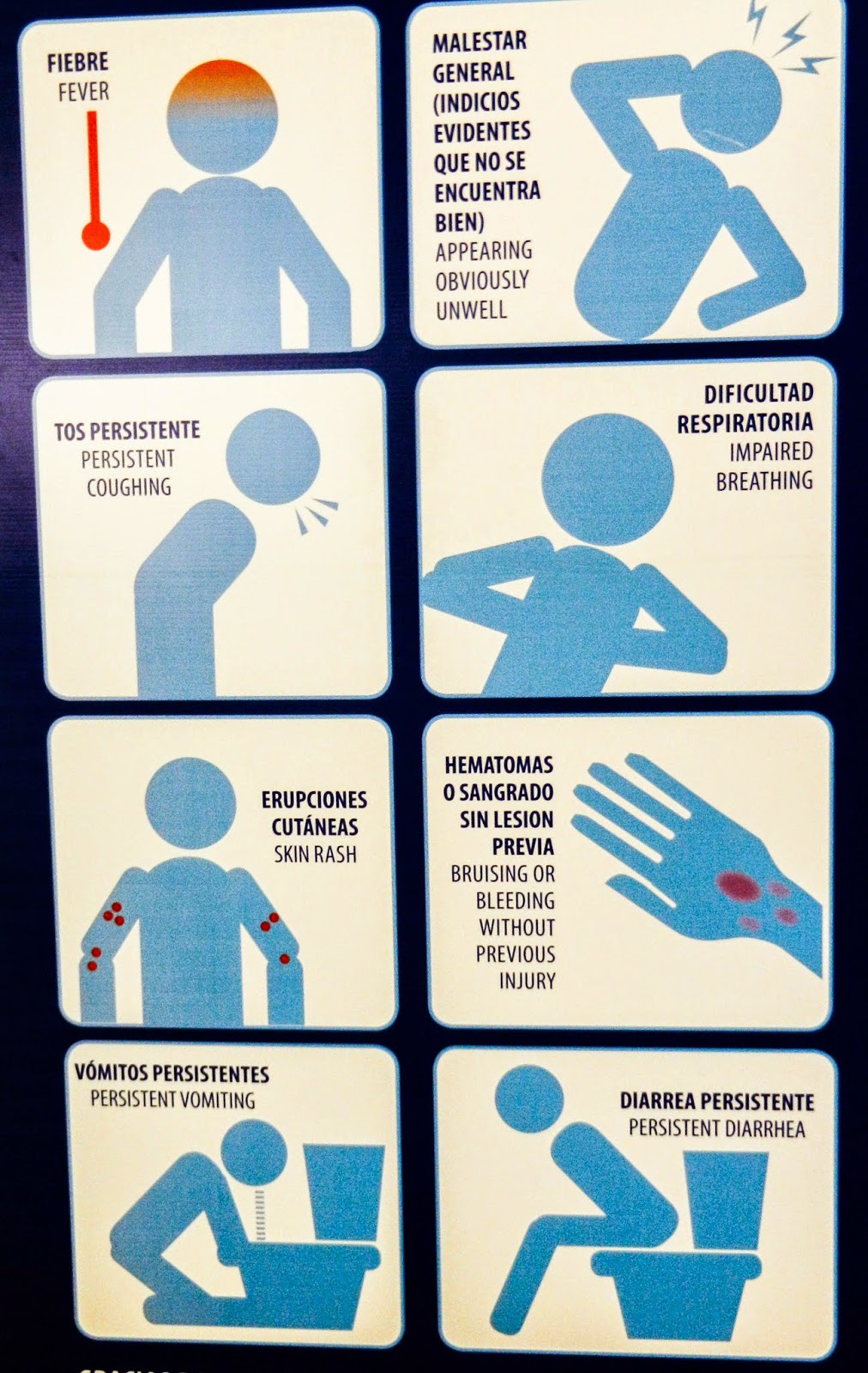 we decided it was best to stop at 9,000 ft in Sucre until our bodies adjusted, instead of ascending straight to 12,000 ft in La Paz,.


We had two weeks to spend in Bolivia. Coming from California, where a person could see most of the "must see sites" in a hard paced two weeks, it was hard for us to understand why we could not achieve the same amount in Bolivia.

Karen Connections, however, had informed us that Bolivian roads were wrought with pot holes, landslides, shaky infrastructure and random roadblocks due to civilian unrest. Combine this with winding mountain roads and you've got yourself a 12+ hour bus ride to go 500km. Google Map time estimates are full of lies in Bolivia. Also, for less than the cost of a Greyhound ticket we could fly. 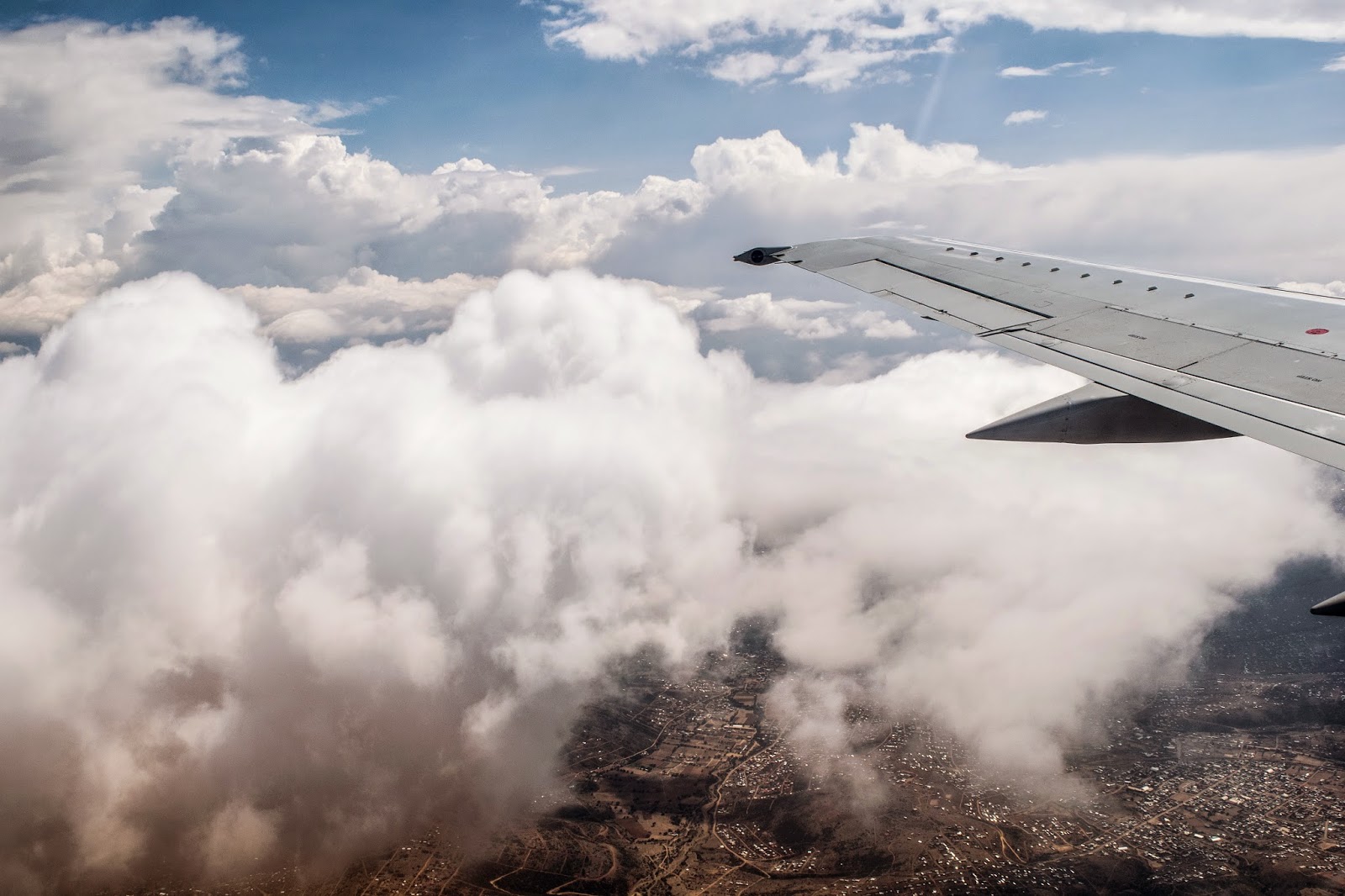 We opted to fly. 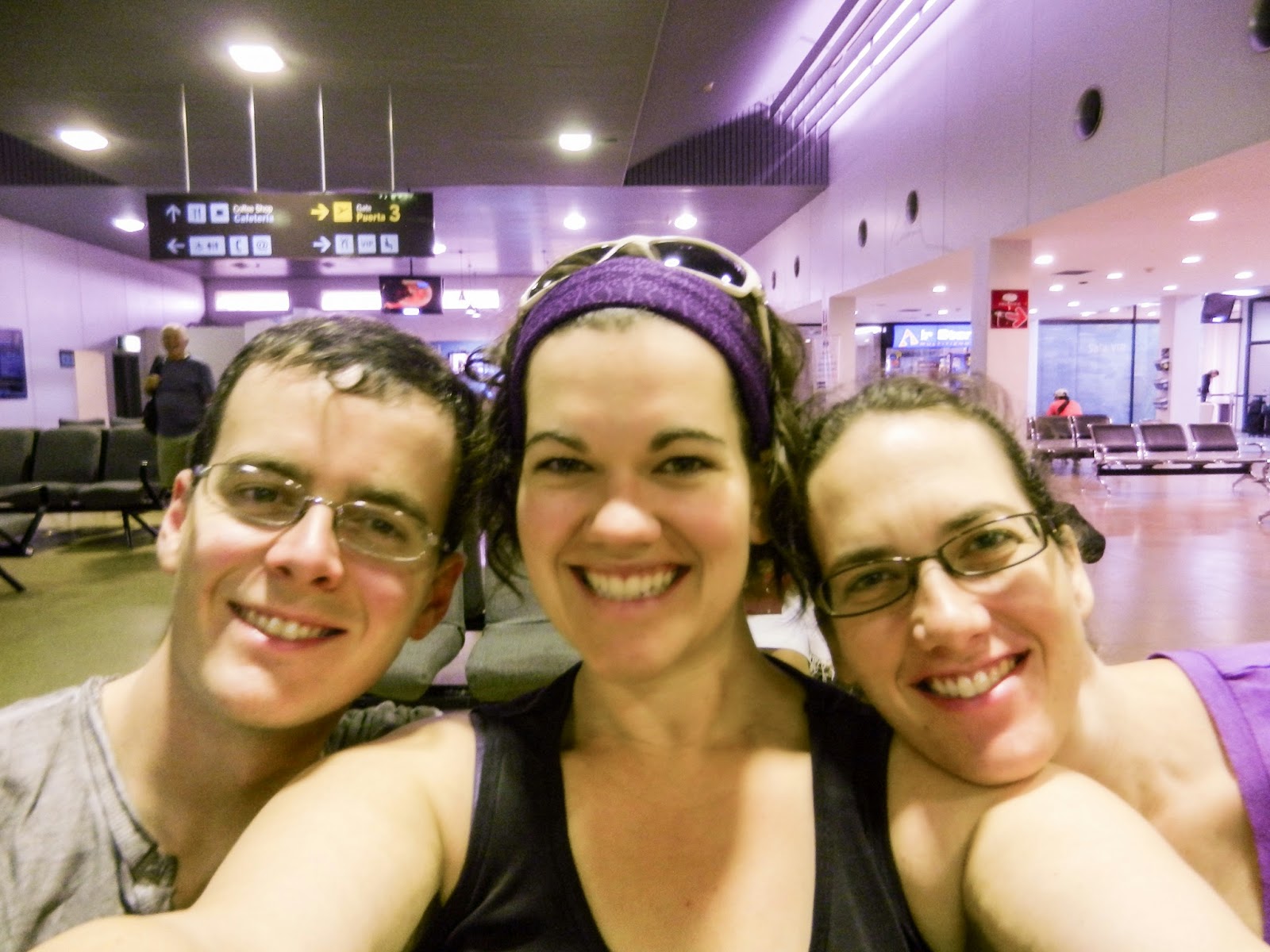 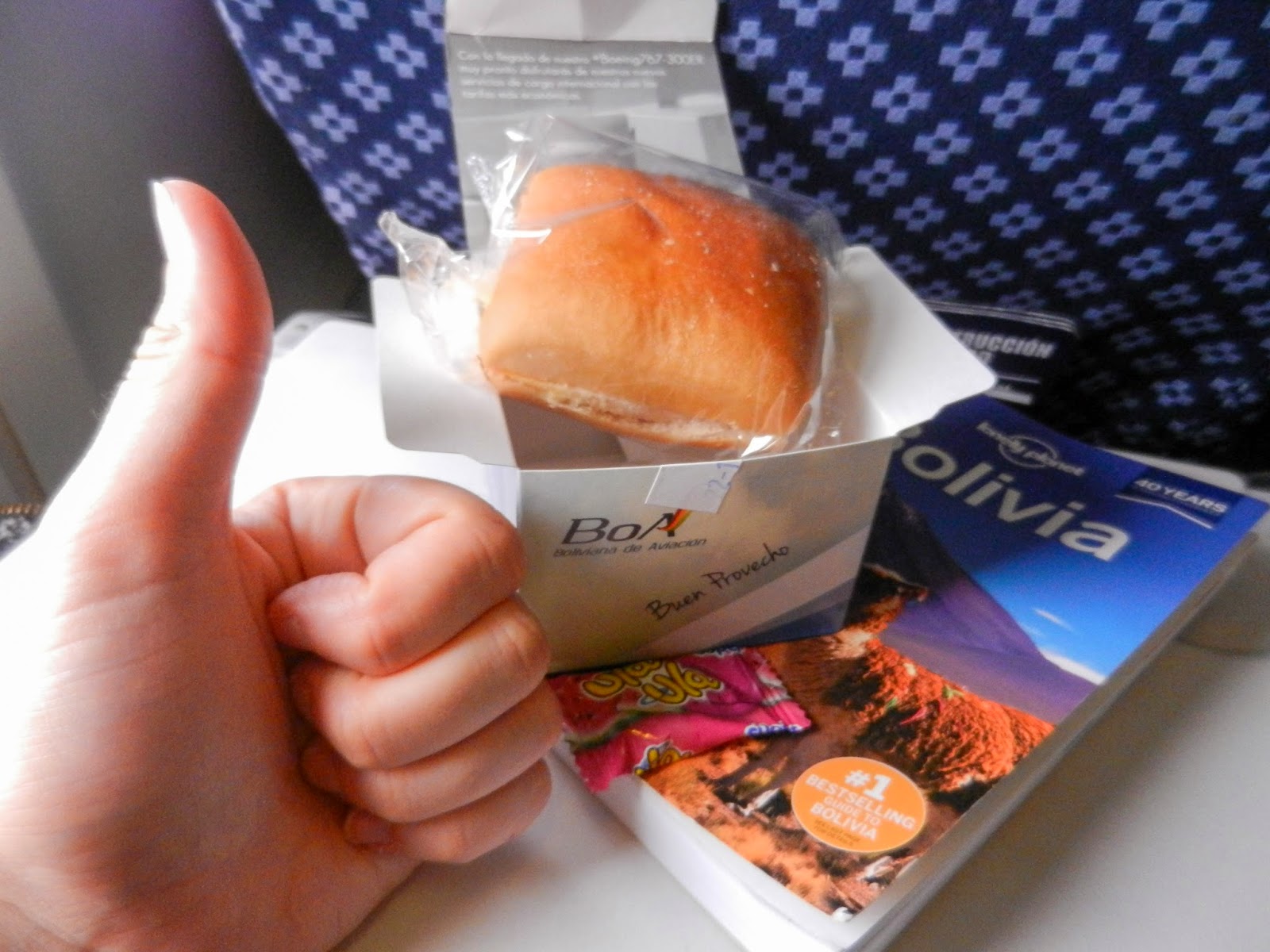 (why does a 1 hour Bolivian flight come with food, but United can't feed us on a 5 hour flight)

And looking out the window, that 12+ hour bus ride started to make a whole lot of sense. 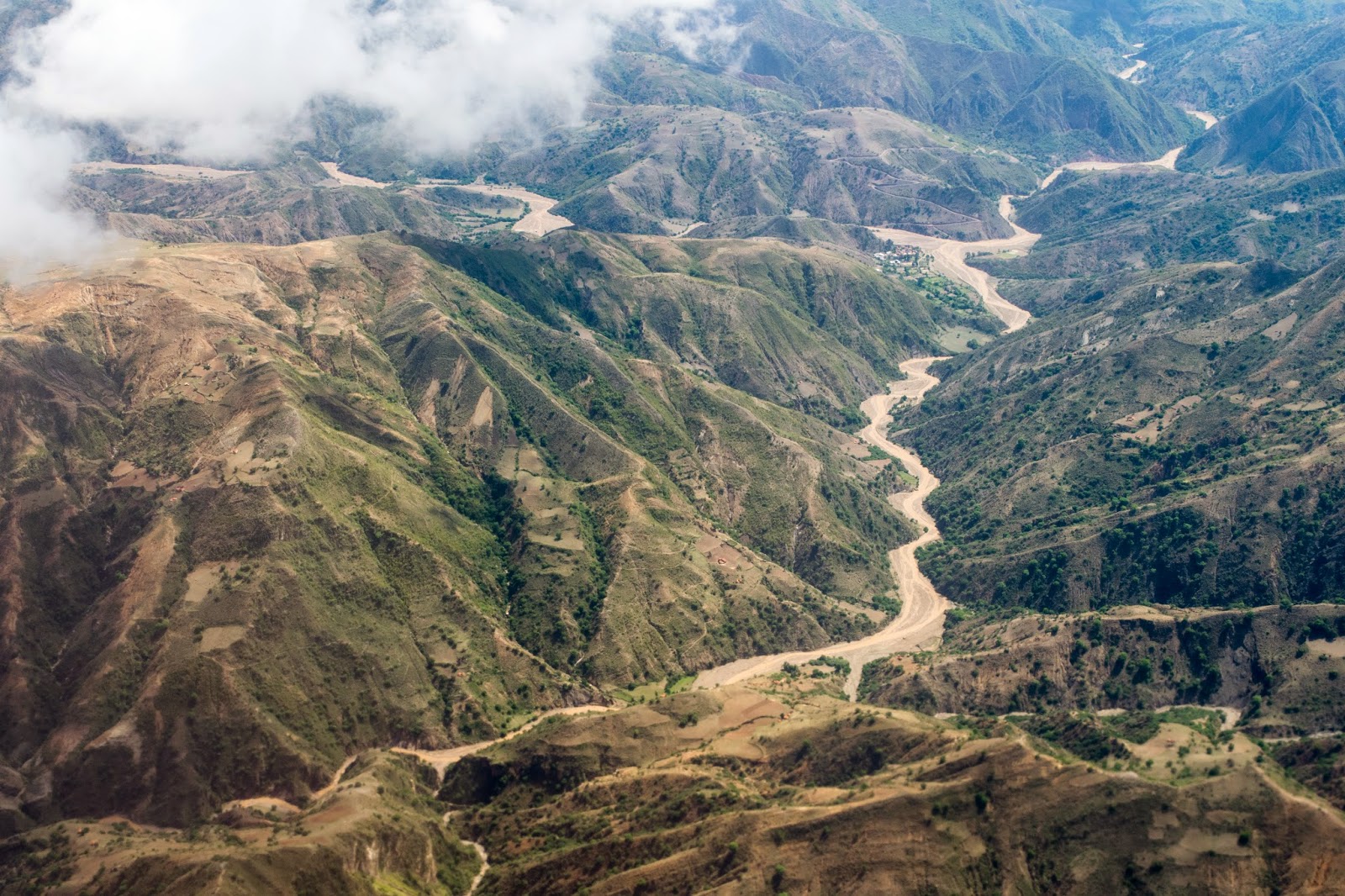 We flew over the lowlands of the Andes mountains and could see winding red-brown rivers, vast expanses of crumpled red mountain tops, and roads. Very windy roads.

The land was dynamic and told the story of millions of years of upheaval. 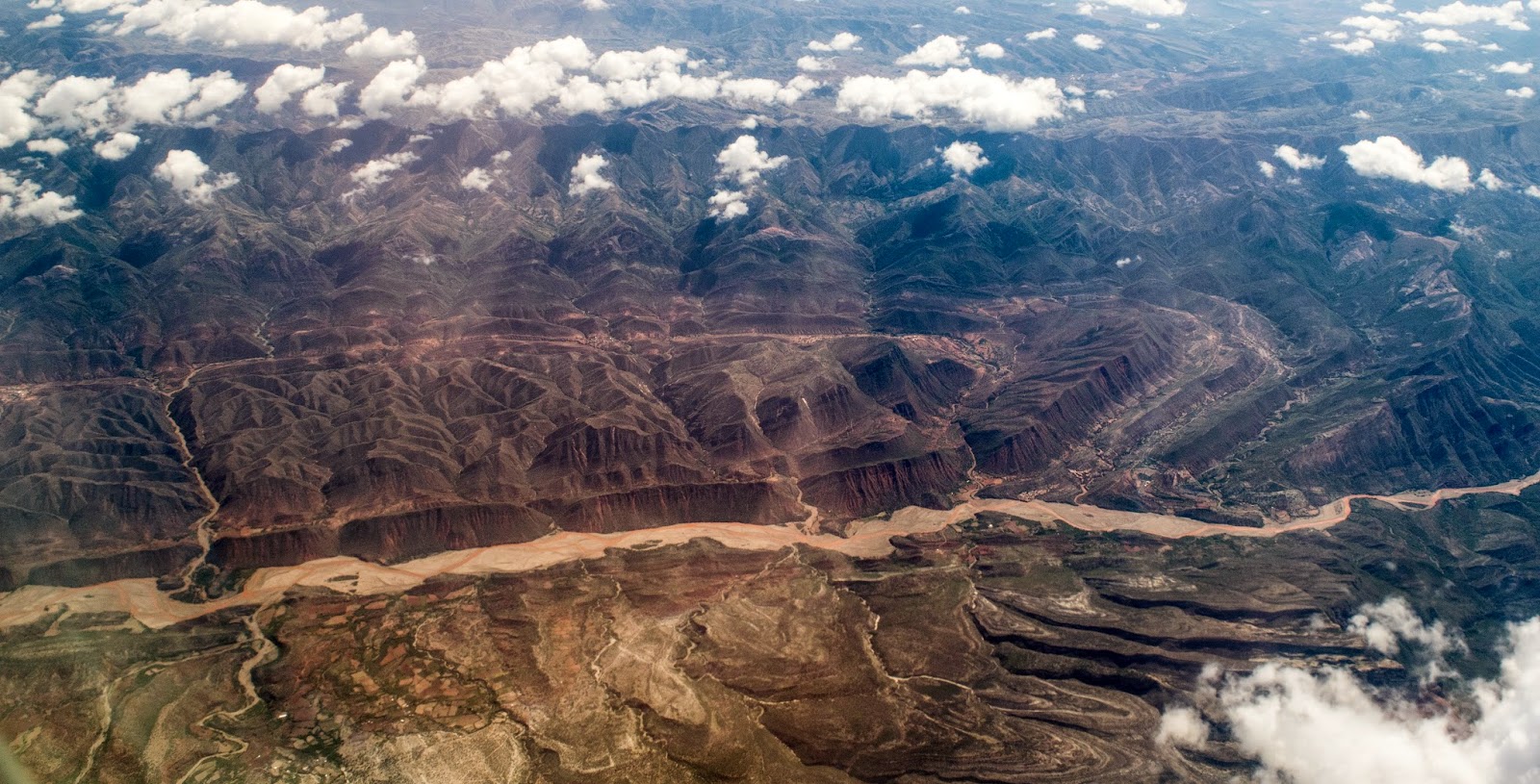 Landing in Sucre we were treated to a spectacular view of the city and the surrounding mountains. 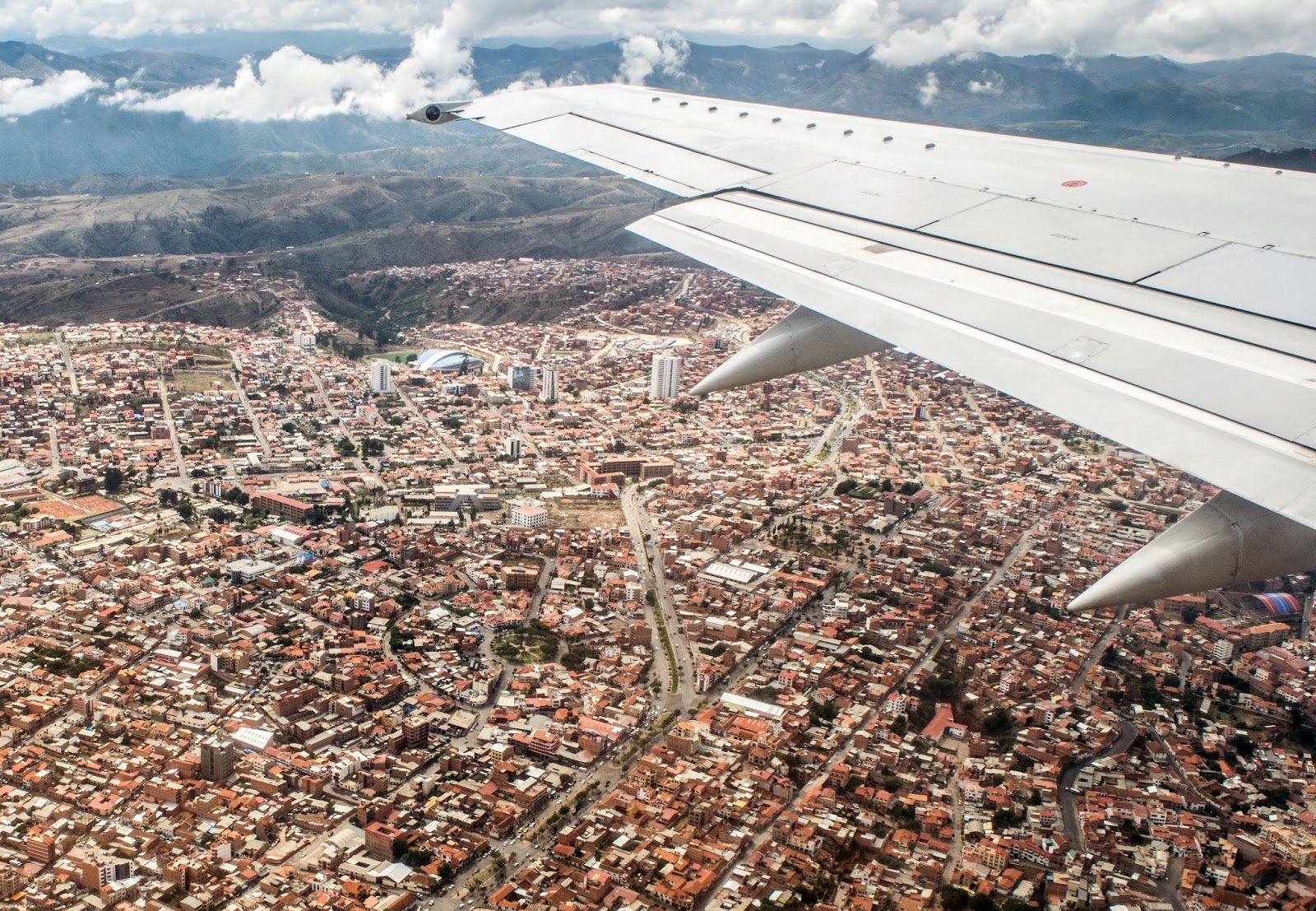 We deplaned on the tarmac, collected our luggage and due to Karen Connections we know we got ripped off 10 Bolivianos taking the taxi to our sleeping abode. 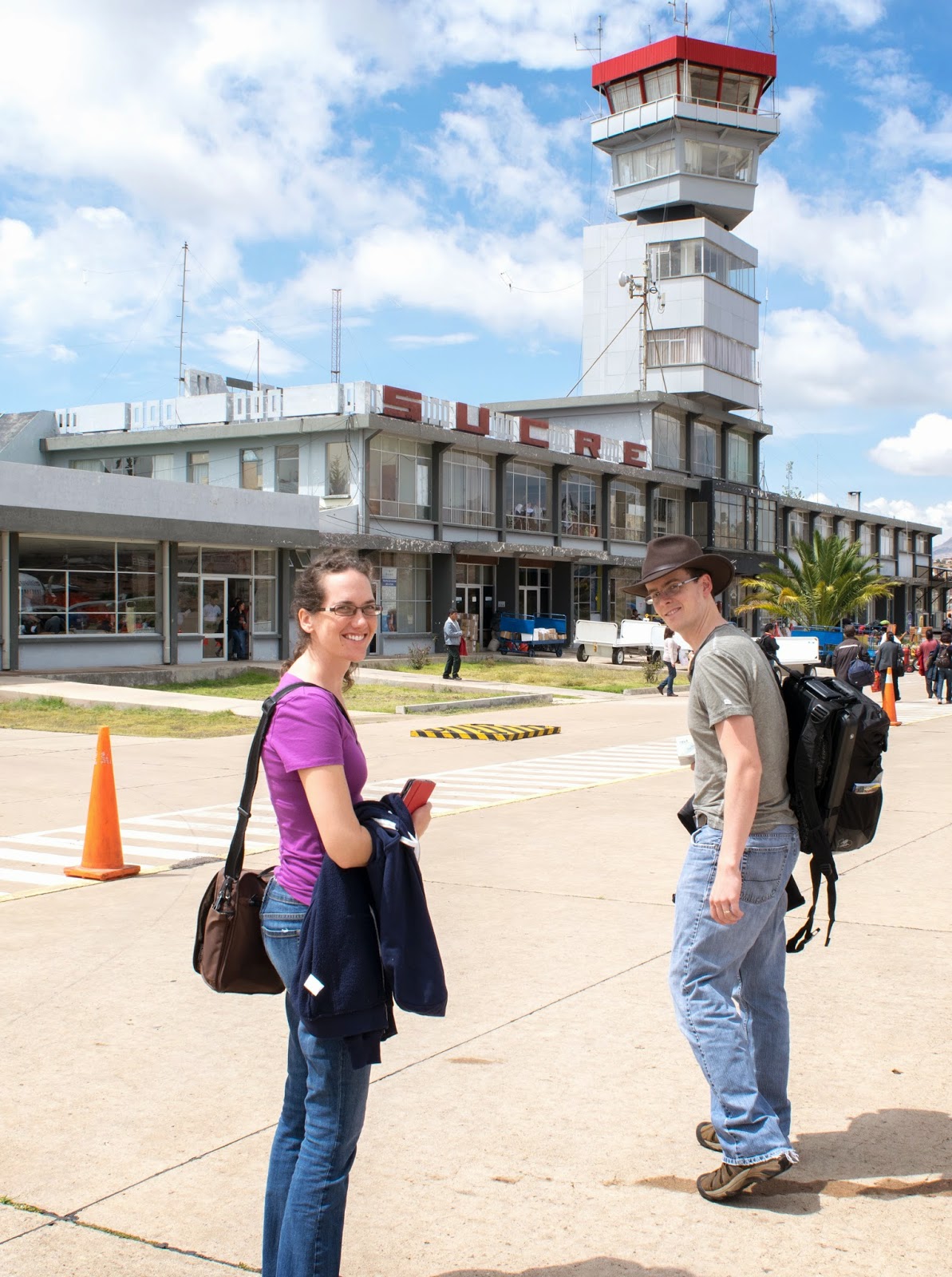 Karen Connections had outdone itself and we were invited into the home of Isabelle and Amanda. 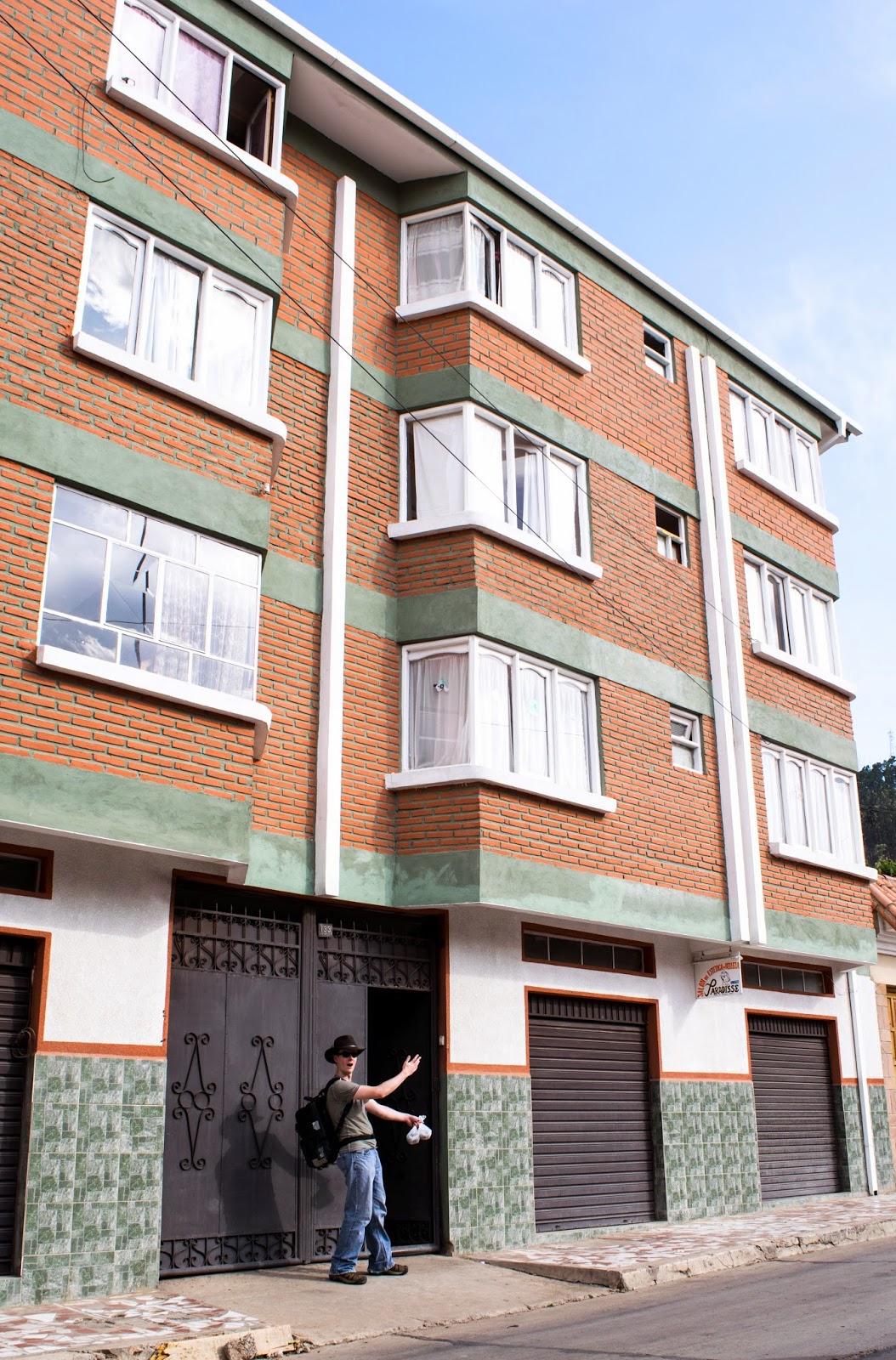 Isabelle is a French woman with a British English accent, who also speaks Spanish and is learning sign language. Amanda is computer programmer from Brazil who taught herself to speak English online (as you can image she and Steve nerded out beaming programming gibberish at each other). 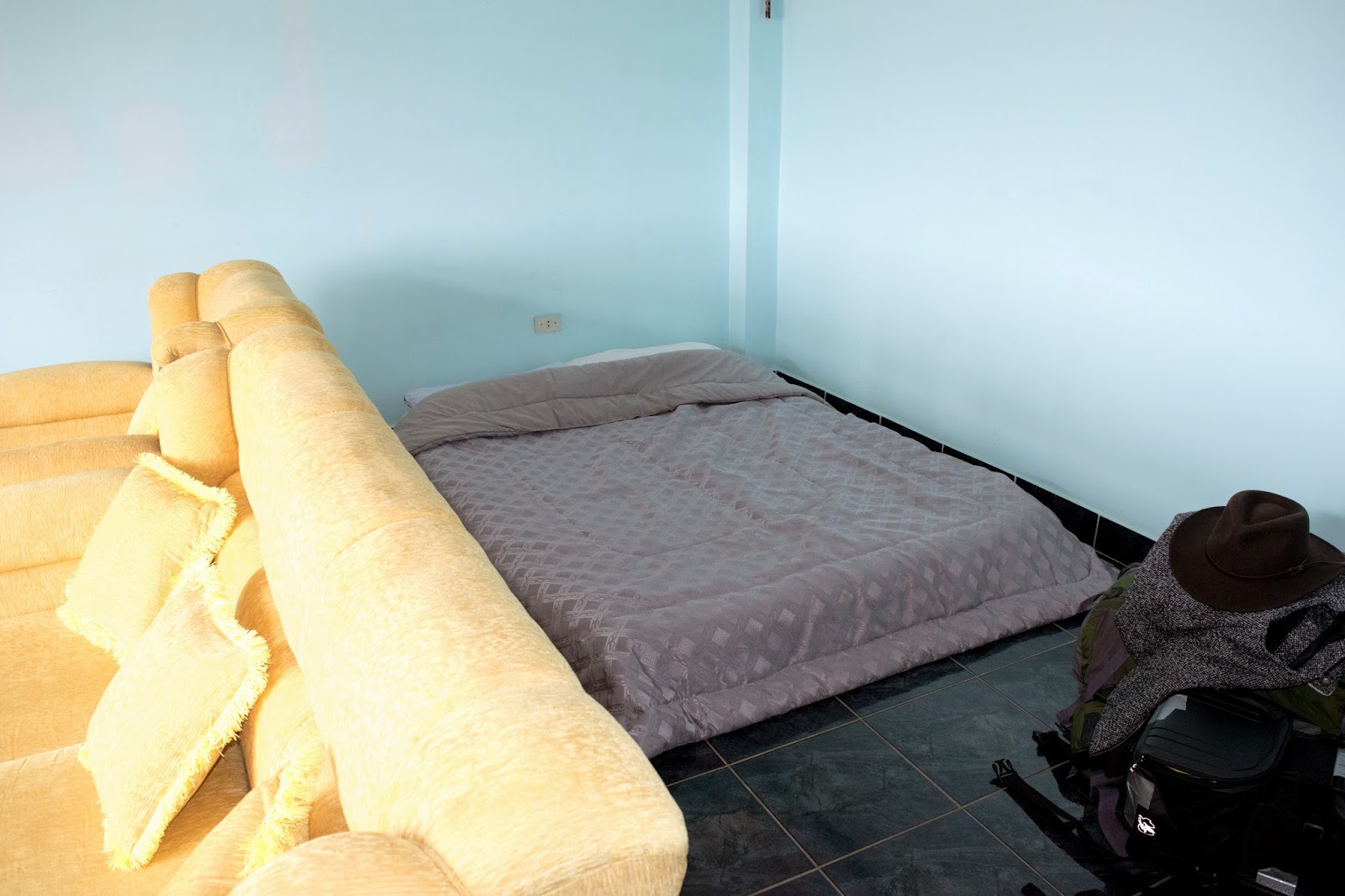 They were extremely warm and welcoming and set up these nice little sleeping cubbies for us. 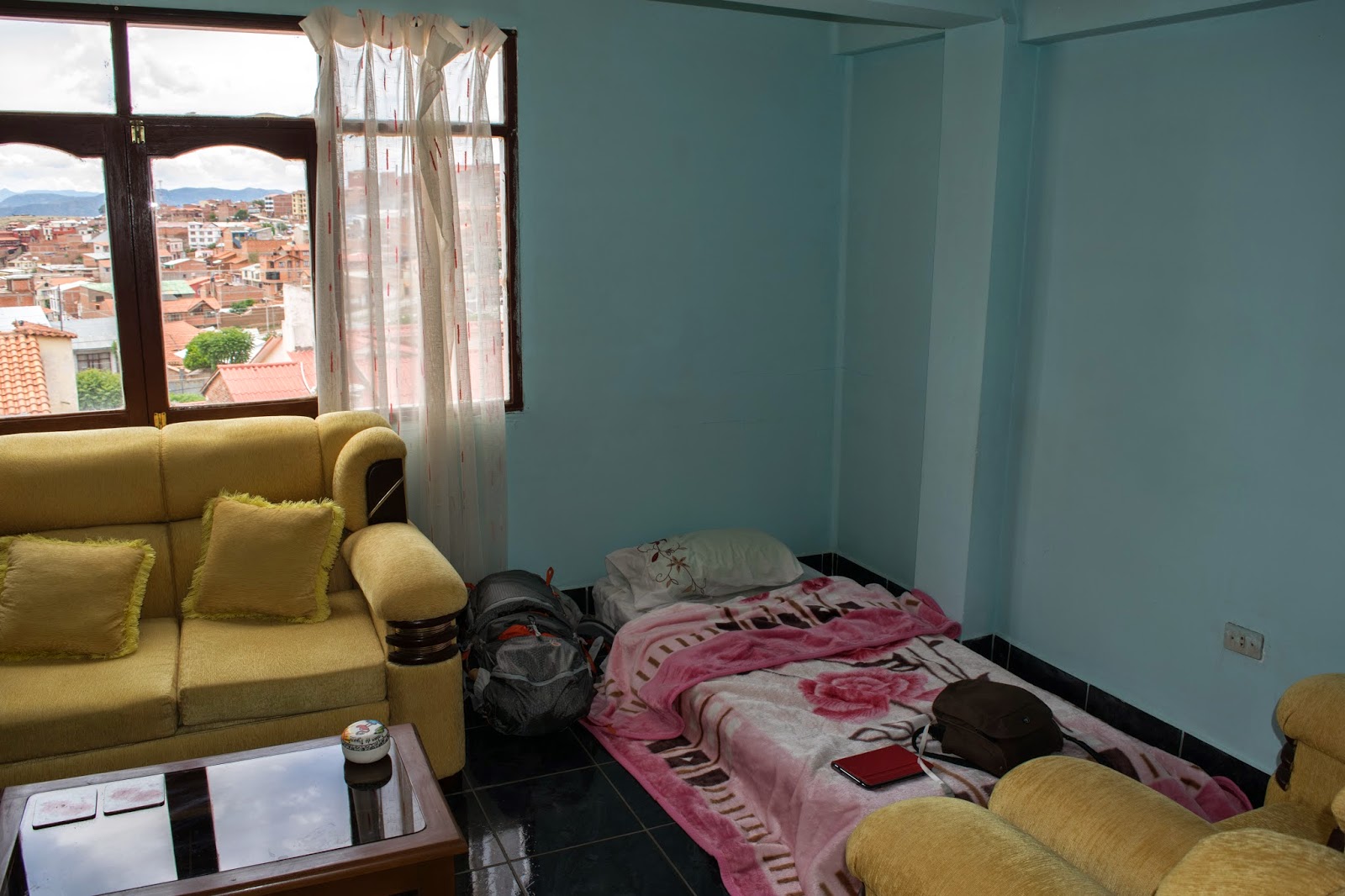 Their place is 4 stories up (no elevator). 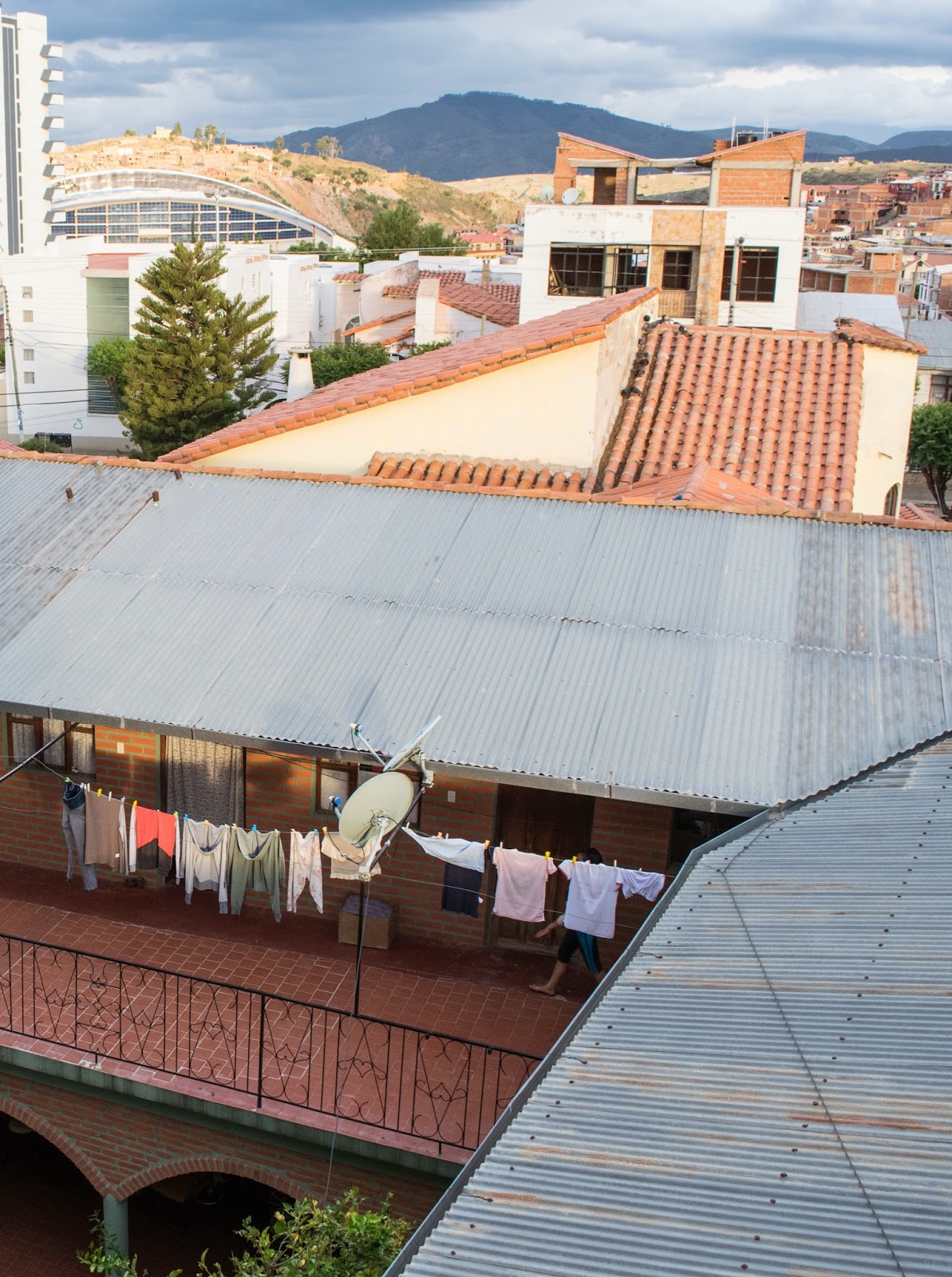 Four stories is no laughing matter at 9000 ft. In fact, we lacked the oxygen to laugh while climbing the stairs. 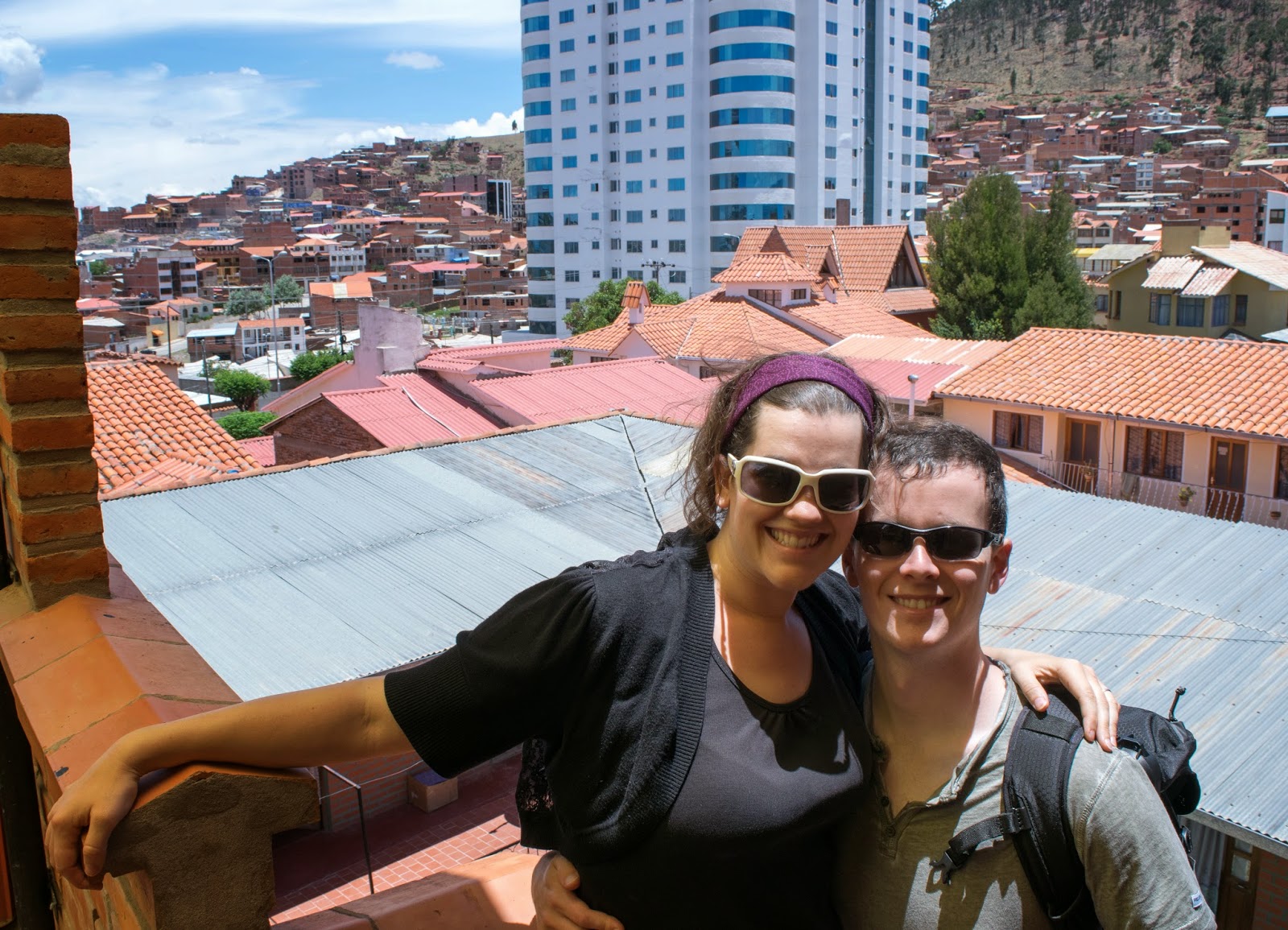 But what it lacked it oxygen, it made up for with a spectacular view of Sucre. 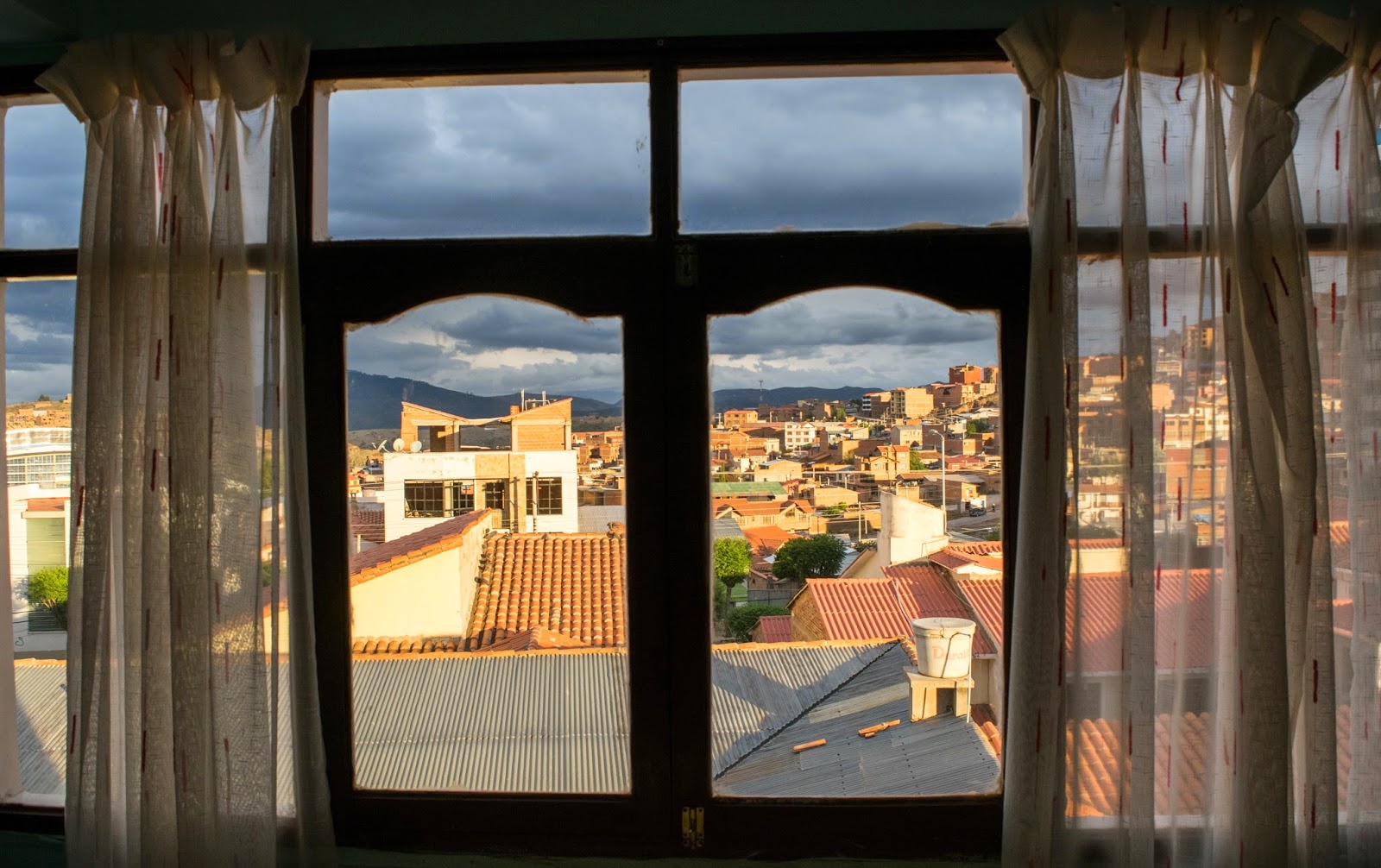 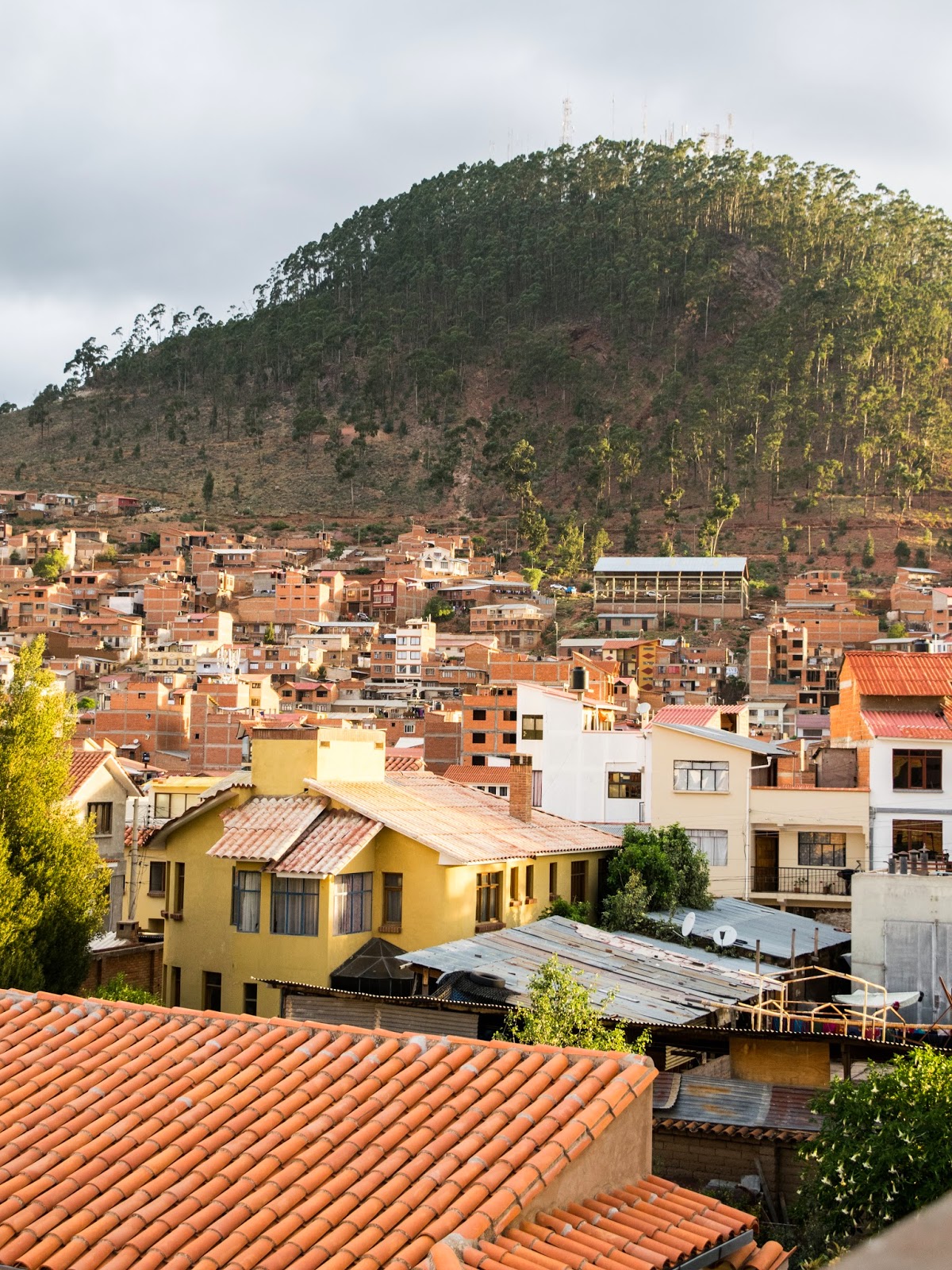 Our wonderful hosts sat us down for tea time and served us biscuits and coca tea. 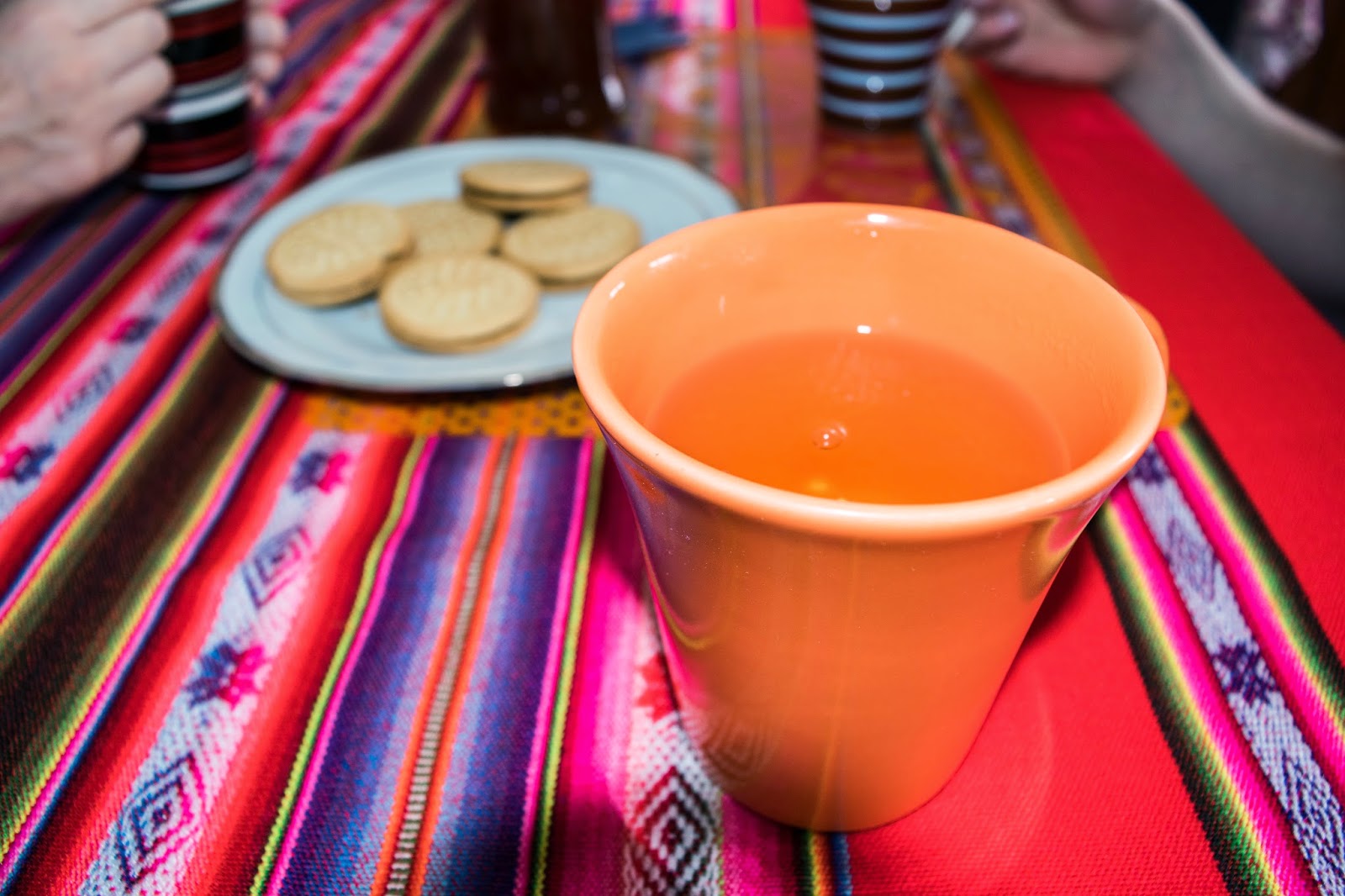 The coca leaves are the same leaves used to make cocaine, however making a tea, or chewing them helps a person adjust to altitude. It tasted as one might expect a tea to taste, like someone put leaves in hot water. The biscuits were delicious.

Seeing as we were in Sucre for an indeterminate amount of time (we hadn't bought a ticket out since we were basing it on how we adjusted to altitude), we decided to go check out the city center. Our host brought us to the bus stop and hailed the bus that was almost passing us by and we were off. 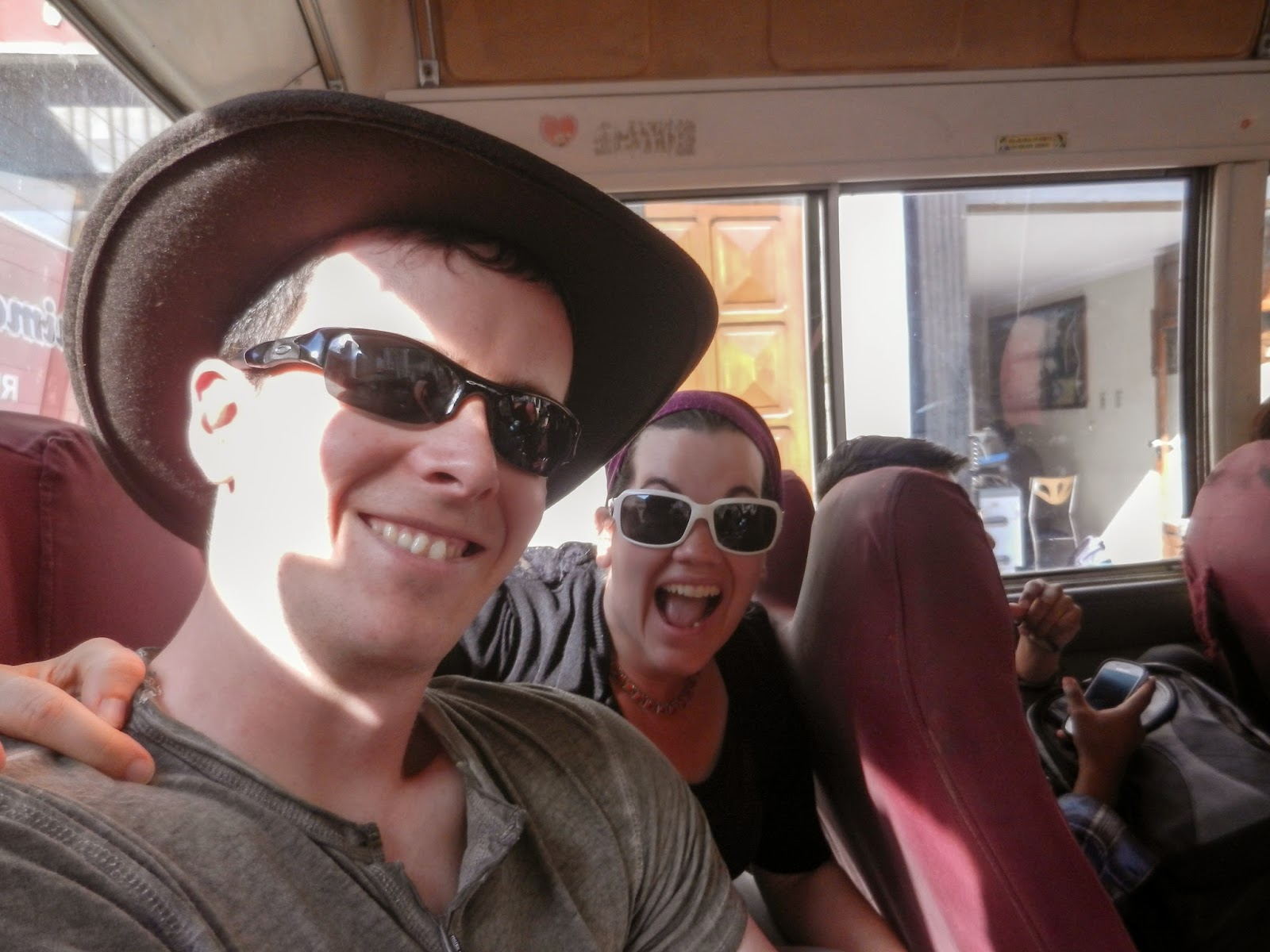 Each of us had a role in our merry band of adventurers:


We walked around La Plaza and were famished. After finding a Colleen-gut-friendly place we ate a 4 course meal for B$30 (~$4 US) each.

We bought chocolate specifically made in Sucre. 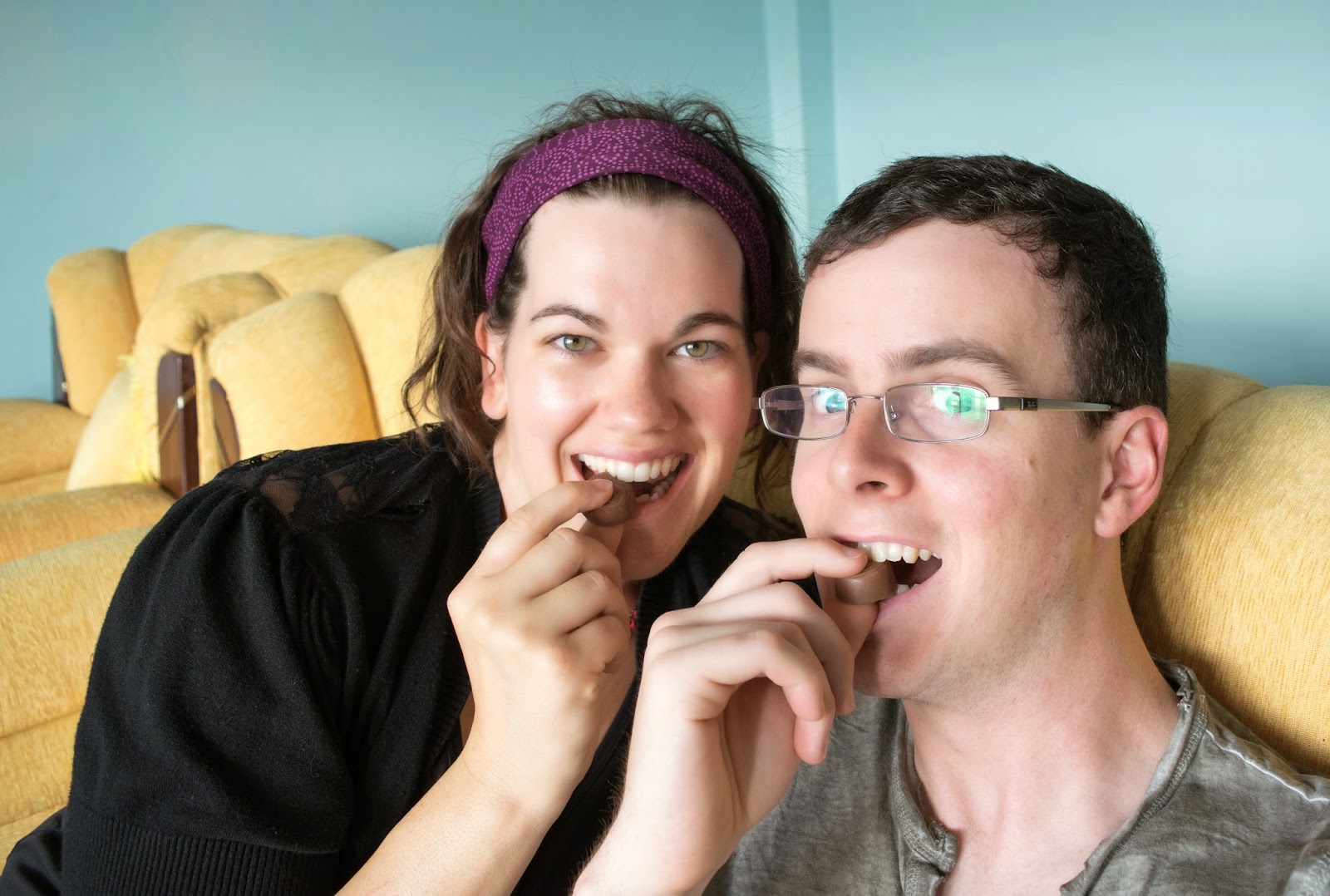 And walked through a market that sold everything from rain ponchos to sheep heads.

We returned back to our sleeping abode where Karen and Steve had a siesta before dinner. 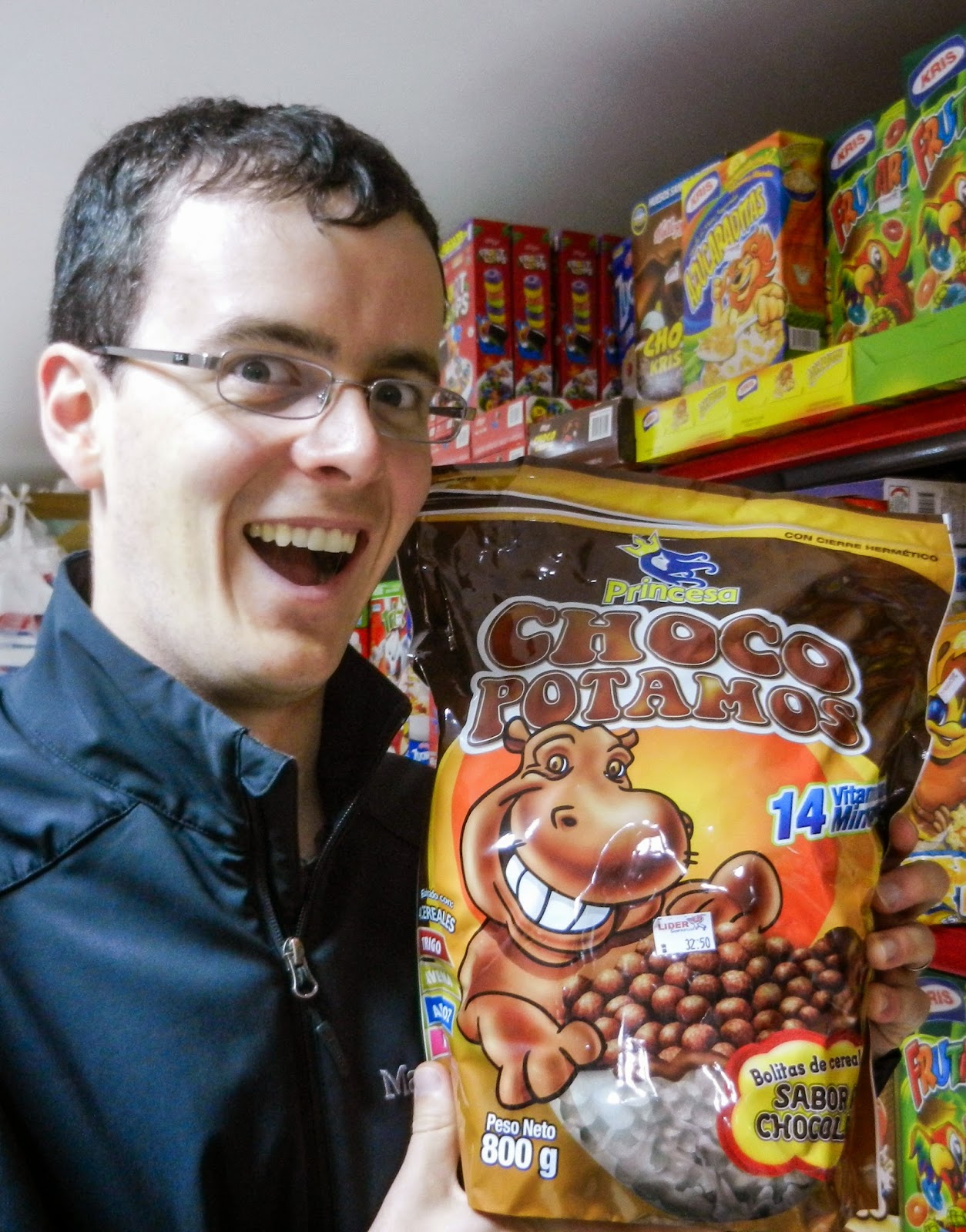 CHOCOPOTAMOS IS SO HAPPY TO SEE YOU!

Through Karen Connections we got invited to a secret Italian restaurant. We literally walked to an unmarked door on a regular residential-looking street, knocked, and when some guy answered, Isabelle spoke the secret pass-code (or just said "We're here for food" in Spanish, I couldn't tell), and we were let in. They knew we were coming and had gone out to specifically buy quinoa pasta for Colleen. What service! 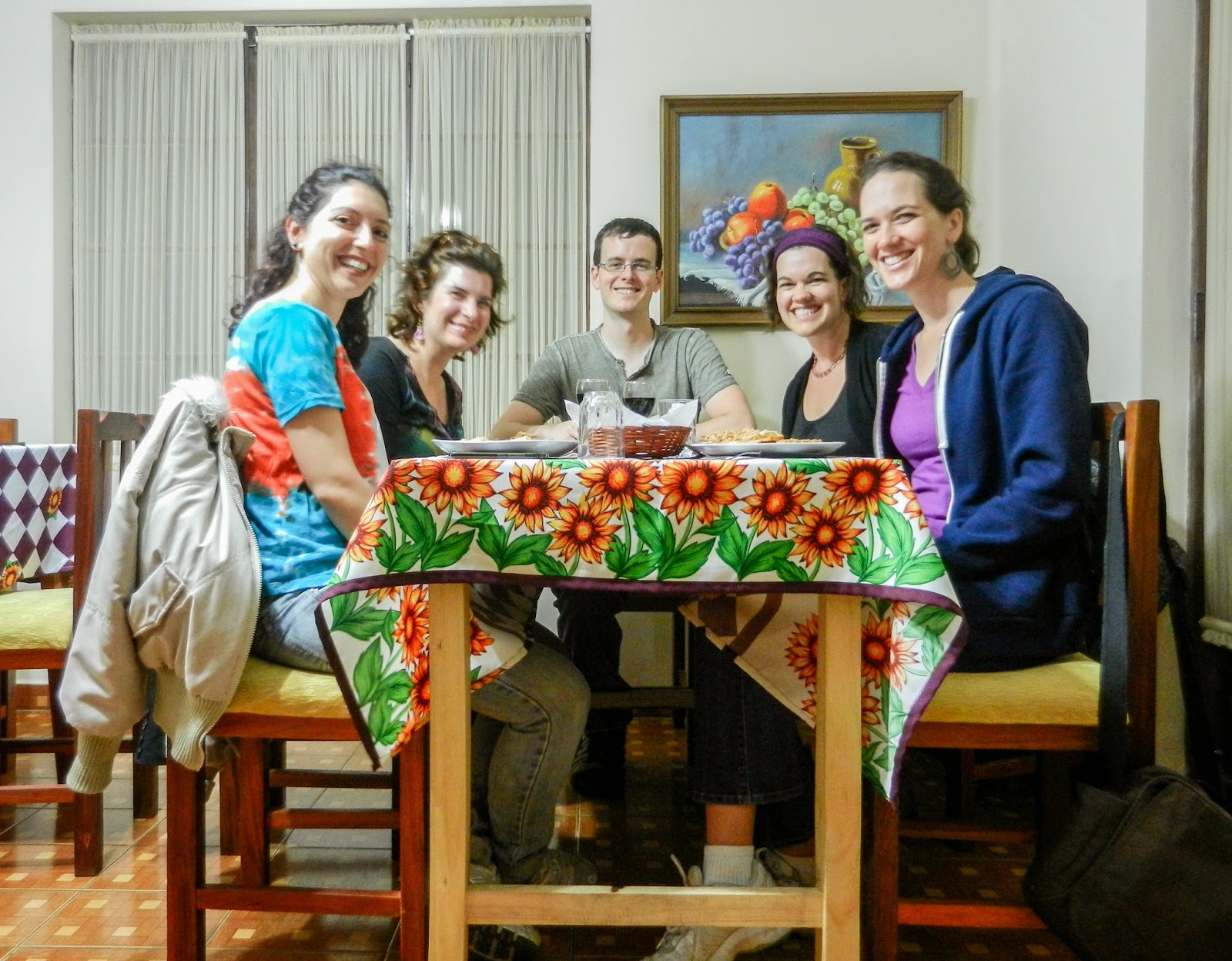 After eating an Italian dinner in Bolivia with our English-speaking hosts from Brazil and France, we went home and slept the sleep of altitude adjustment.

Posted by Colleen Speed at 9:47 PM